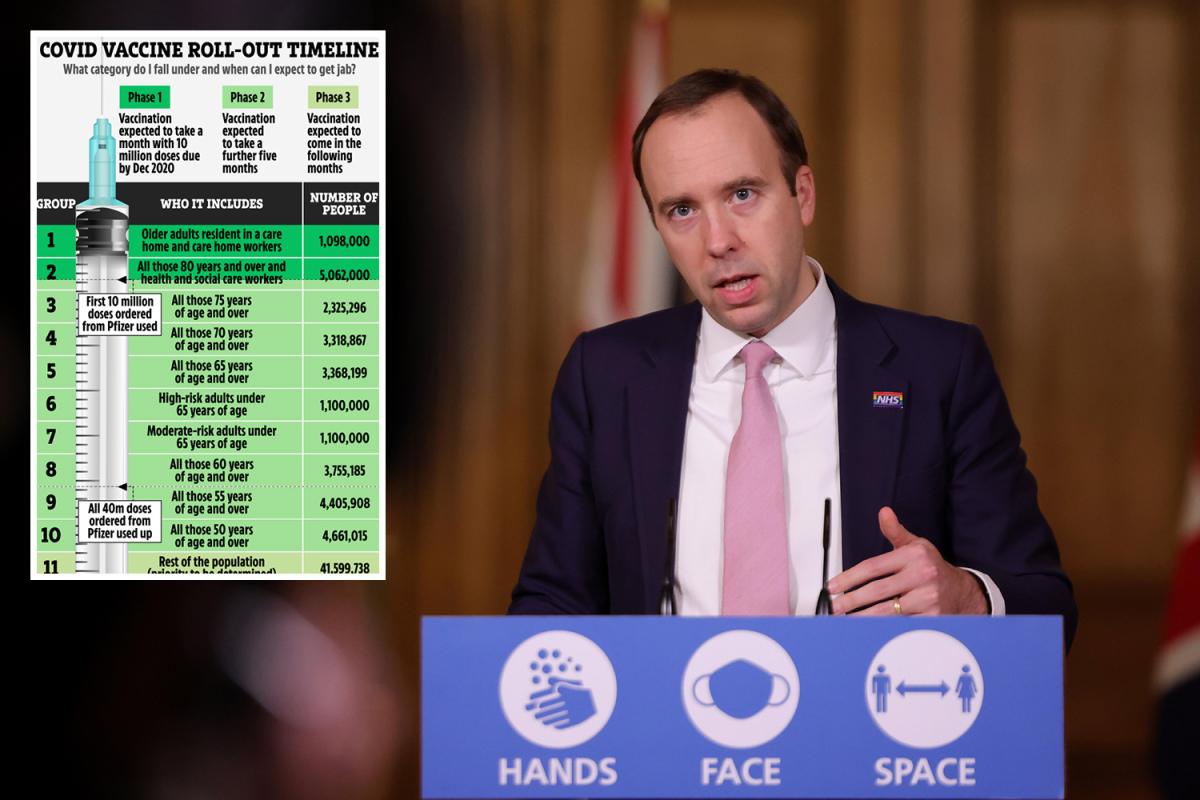 Everyone in Britain will have Covid vaccine by April, leaked docs reveal

EVERY adult will be vaccinated against Covid by April under radical NHS plans to bring an end to the pandemic, leaked documents reveal.

Health Secretary Matt Hancock tonight said the first Brit patients could get a vaccine in December, subject to approval. 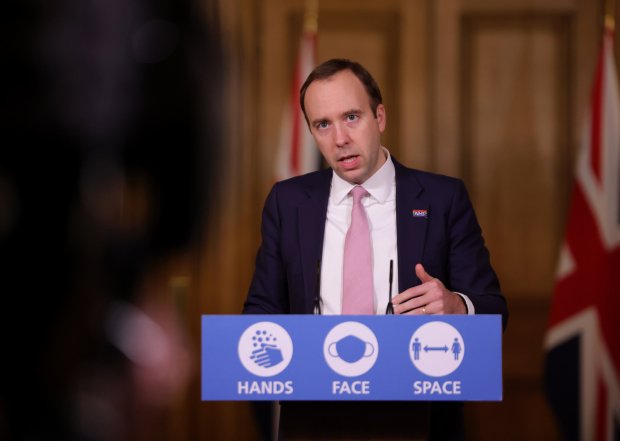 He confirmed that the Government has formally asked the regulator - the MHRA - to assess the Pfizer coronavirus vaccine for use in the UK.

Mr Hancock told a No 10 press conference the company had already begun submitting data to the regulator and would submit its full data in the coming days.

"This is another important step forward in tackling this pandemic," he said.

He said the speed of the roll-out of a vaccine would depend on the speed it could be manufactured.

"If the regulator approves a vaccine we will be ready to start the vaccination next month with the bulk of roll-out in the new year.

"We are heading in the right direction but there is still a long way to go."

He also said that he has grown "more and more confident" that life will be closer to normal by spring.


*  He said the devolved nations are working together on a joint approach to travel and lockdown rules, which is due to be set out next week


*  The UK's official R rate has fallen again - with every region at or below 1, except the South East

It comes after Pfizer announced it has applied to the US regulator to push through its Covid vaccine - found to be 95 per cent effective - for approval.

If the vaccine is approved in the US, it could be ready by mid-December offering hope Brits could get getting the jab in just a matter of weeks.

Under draft proposals vaccination will start in early December, depending on regulatory approval.

The ambitious provisional timetable sets out plans to protect the nation at breakneck speed – with five million jabs doled weekly. 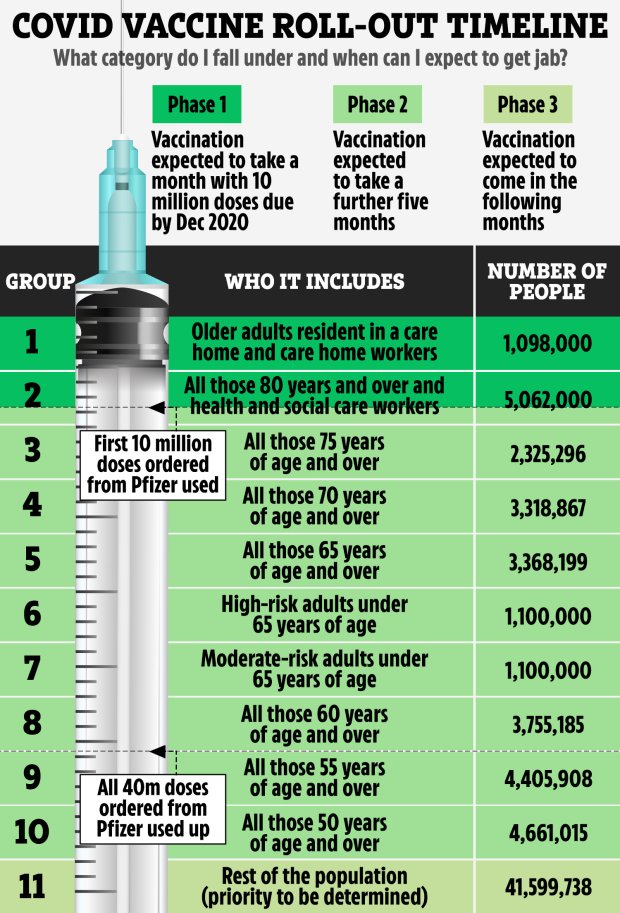 Everyone aged 18 to 50 will also be eligible for a jab from early 2021, with the programme aiming to wrap up by late April.

The proposals reveal nearly 88.5 million doses will be given over five months – enough to protect more than 44 million people in England.

The bulk of vaccination will take place between January and March, depending on stock availability.

Documents seen by the publication are dated November 13 and were shared amongst regional NHS leaders yesterday.

The documents set out which groups of people will get the jab first.

The pencilled-in dates would rely on seven million jabs being available by next month.

There has been some anti-vax sentiment in the UK and the current NHS plan relies on there being a 75 per cent take up on vaccine programmes.

From the beginning of December, care home residents, staff and healthcare workers are set to receive the jab.

Next in line would be the over 80s - who are expected to receive the jab from the middle of December.

By the end of the month every person aged between 70-80 will have the jab.

The start of 2021 will see the wider population receive the jab and in early January, those 65-70 will have the jab, followed by all high and moderate risk under 65s.

The bulk of these vaccinations are expected to take place in March.

The race for a vaccine is heating up, with Pfizer, Moderna and Britain's own Astrazeneca jab all showing promising results.

More than 20 million doses of the Pfizer vaccine have already been manufactured, the boss of the pharma giant Albert Bourla said yesterday.

Mr Hancock said this morning: "We hope there is going to be a programme of Covid vaccinations.

"We don't know for sure yet, however we have seen increasingly good news on the Covid vaccine front over the last two weeks." 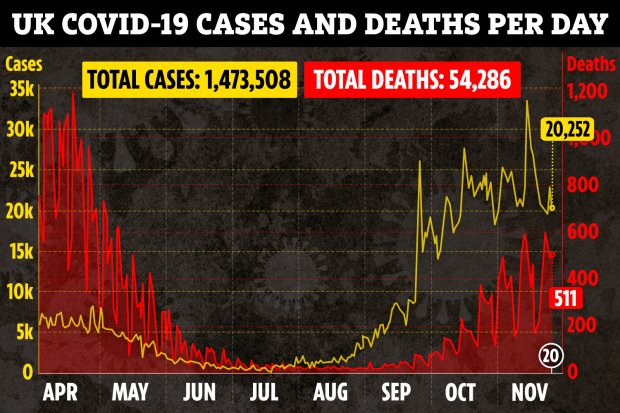 He added that if one of the jabs is certified the mass roll out will likely come in the new year, with a small amount possibly available for Christmas.

It is believed that there will be up to 50 of these centres dotted around the country in stadiums, conference centres and similar venues.

The plan states: “Eligible individuals will be able to book a vaccine at any available vaccination site of their choice irrespective of distance from their home address.”

Despite the leaked documents having a comprehensive vaccination plan, some experts have warned that the jabs wouldn't be arriving in bulk until February.

The head of England's biggest NHS hospital trust has said in a "best-case scenario" it could take until April to vaccinate enough people to make a difference against Covid.

"It is encouraging, (that) there are signs we might have some vaccine to vaccinate care home residents and the most vulnerable before then.

"But the big truckloads of stuff is not going to come in before February - that seems pretty clear."

As well as a mass roll out of Covid vaccine, the NHS has also committed to administer 30 million flu jabs.

Speaking on BBC Radio 4 earlier, Mr Hancock said the government has had to change the law in order to accommodate for the need of immunisations.

He said: "We've changed the law to change the number of clinically qualified people who can vaccinate because this is going to be one of the biggest civilian projects in history.

"It will be led by the NHS, who have of course the annual experience of a mass vaccination programme in flu, and it will involve GPs, it will involve the broader NHS as well, and hospitals.

"We have got this enormous flu vaccination programme and then the likely big numbers, if it comes off, and I stress the 'if', will be next year for a Covid vaccine but we still hold out the hope that we might get some going in December this year." 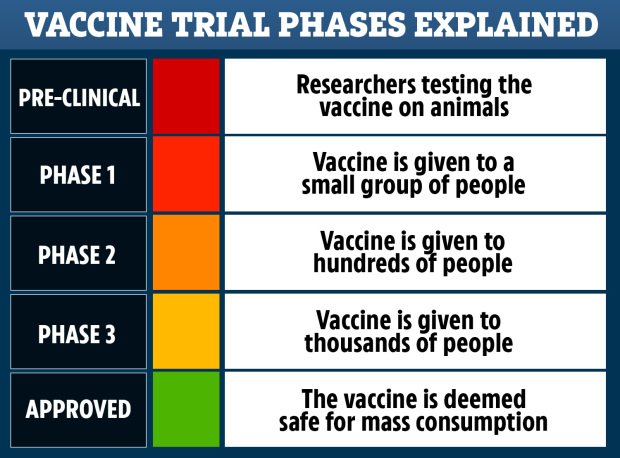 The health secretary added that some of the "top people" in the NHS are spending all their time on the roll out.

Earlier today experts warned that any vaccination programmes needed to include prison populations.

Researchers at the University of Oxford, Department of Psychiatry said prisons are high transmission areas for the virus and highlighted that these institutions should be among the first to receive coronavirus jabs.

Professor Seena Fazel, Department of Psychiatry, University of Oxford, said there has been "significant challenges" when it comes to curbing the outbreak of the virus in prisons.

She added: "Prisons are high-risk settings for the transmission of contagious diseases and there are considerable challenges in managing outbreaks in them."

Prof Fazel continued: "Our research suggests that people in prison should be among the first groups to receive any Covid-19 vaccine to protect against infection and to prevent further spread of the disease.

"The prison population is generally at higher risk of complications from infection because of the increased prevalence of underlying health conditions, and the overrepresentation of marginalised groups that have been disproportionately affected by Covid-19.

"A public health approach to managing Covid-19 in prisons is important now and for any future infectious disease outbreaks."