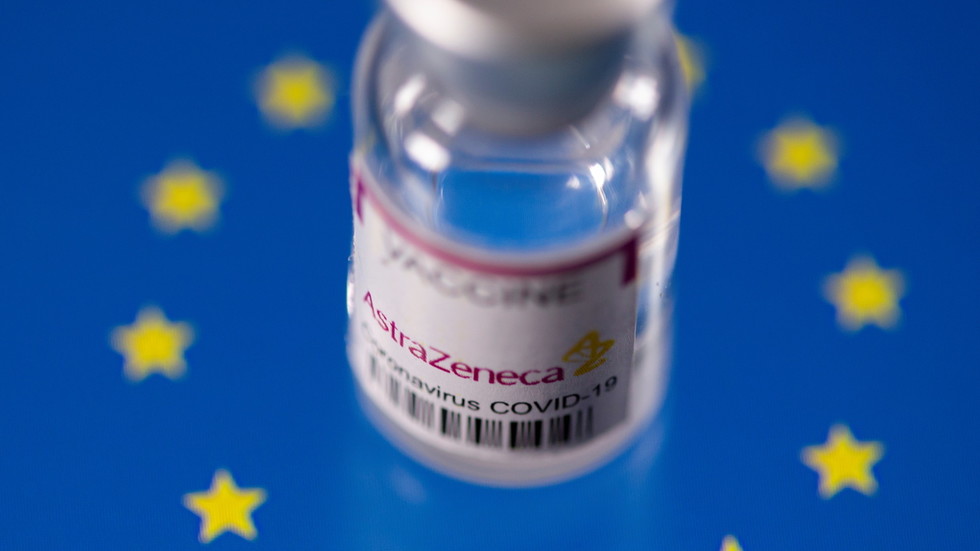 The European Commission has said it hasn't launched legal action against AstraZeneca after the drugmaker fell short of Covid-19 vaccine delivery targets, despite Ireland's health minister saying a case had been started.

"No decision to launch legal actions has been taken at this point in time," a spokesman for the Commission said on Thursday, as cited by Reuters.

Earlier Thursday, Ireland's Health Minister Stephen Donnelly told the country's parliament that a legal case was launched by the European Commission against AstraZeneca.

"With regard to AstraZeneca, a legal case has been initiated by the Commission and earlier this week I have joined Ireland as one of the parties to that legal case, specifically around AstraZeneca's complete failure to meet its delivery and contractual agreements for April, May and June," Donnelly said.

The action must be agreed upon by the EU's 27 member states, a process that could take weeks.

AstraZeneca was contracted to deliver 180 million doses of its vaccine to the EU in the second quarter, but the company later projected it would deliver only 70 million doses, European Commission President Ursula von der Leyen said last month.

In the first quarter of 2021, the Anglo-Swedish drugmaker delivered 30 million doses to the bloc, down from its original commitment of up to 120 million.

In February, company CEO Pascal Soriot told MEPs in the European Parliament he was "confident" that it would meet the second quarter target.

EU officials have criticized AstraZeneca for a shortfall in deliveries since January, when the company first announced its supply chain would be impacted due to manufacturing problems at its European plants.

The Commission – the bloc's executive branch – responded by creating a new transparency and export mechanism requiring member states to authorize exports, in a bid to combat the shortfall.

The measure concerns vaccines made in the EU by companies with which the bloc has agreed contracts.

Italy made the first use of these powers last month when it blocked a shipment of 250,000 doses of AstraZeneca's vaccine from being sent to Australia.
#covid 19  #vaccine  #astrazeneca  #covid  #vaccines
Add Comment