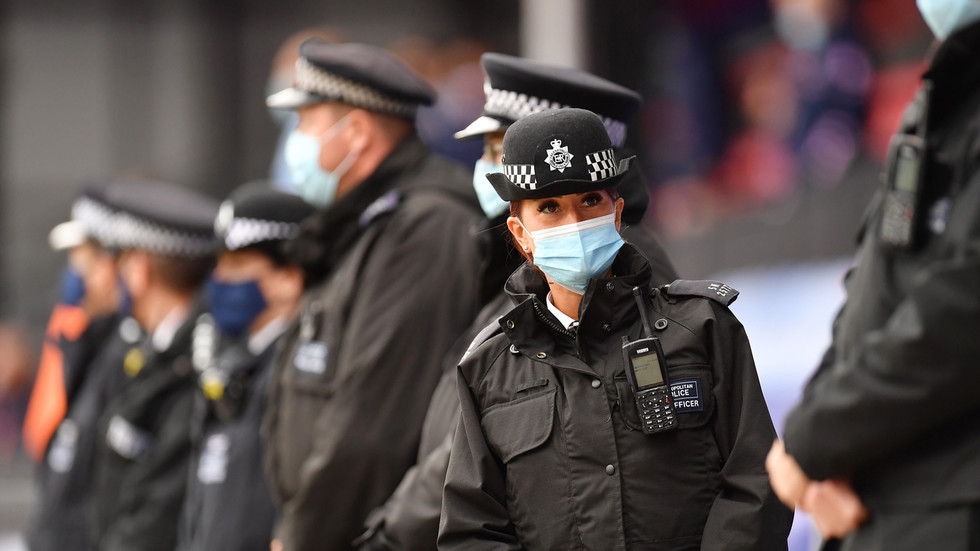 Theft offenses and robbery fell by over 40 percent in England and Wales during the early months of the UK’s coronavirus lockdown, while domestic violence has surged, new official figures have revealed.

Total crime recorded by police fell four percent to around 5.8 million offenses in the 12 months ending June 2020, the Office of National Statistics (ONS) reported on Wednesday. Compared to the previous year, knife and gun crime also showed marked decreases of one percent and nine percent respectively through the same period.

This release explores crime against households in England and Wales, including the impact of the #coronavirus pandemic and people’s perceptions of crime during the national lockdown https://t.co/jGzdaZsSXA pic.twitter.com/mVdKS7KQnE

There was a significant reduction in specific types of crime during the April to June quarter, a period covering the first half of the UK’s lockdown when Prime Minister Boris Johnson urged the public to “stay at home” due to Covid-19. Through this three-month period, theft offenses fell by 43 percent and robbery by 47 percent, compared with April to June 2019.

Knife and gun crime showed 21 percent and 23 percent decreases respectively during the same period compared to the previous year’s levels.

Among the other significant crime decreases were a fall in fraud and computer misuse by 19 percent, from April to June 2020, compared with January to March 2020.

“Decreases in crime levels during the year ending June 2020 were mainly driven by changes in society after coronavirus lockdown restrictions were put in place,” ONS crime spokesperson Billy Gazard said of the findings.

He added, however, “there are indications that crime levels in June were moving back towards pre-lockdown levels.”

The findings, however, appear to confirm fears of increased violence within the home during lockdown. After millions of people were ordered to lock down at home in March, the ONS data revealed the rate of domestic violence surged by nine percent in April to June, compared to the same quarter a year before. In June, calls and contacts to the National Domestic Abuse Helpline were nearly 80 percent higher than normal, according to Refuge, the charity operating the service.

Another exception was in drug offenses from April to June 2020, up almost a third compared to the same period last year – a trend the ONS said “reflected increased police activity” in tackling this type of crime.

Drug offences rose by 30% in April to June 2020 compared with April to June 2019; this reflected increased police activity in pursuing these crimes https://t.co/zgpWAZIqJj pic.twitter.com/lEeuYJpmV6

Overall, some 11.5 million crimes were recorded through the new telephone survey in England and Wales over the last 12 months, which is similar, although not directly comparable, to the face-to-face survey last year.