Prices in the US rose faster than expected last month, as rising energy and food costs pushed inflation to the highest rate since 1981.

The annual inflation rate rose to 8.6% in May, the Labor Department said, after easing in April.

The rising cost of living has been squeezing households and putting pressure on policymakers to bring the issue under control.

The US central bank has been raising interest rates since March.

Analysts had hoped that the moves were starting to work to cool economic activity, easing the price pressures. But the conflict between Russia and Ukraine, which has driven up the price of oil and commodities like wheat as it disrupts exports from the two countries, has made tackling the problem more difficult.

Food prices were up more than 10% last month compared to May 2021, while energy surged more than 34%.

But Friday's report showed the increases continue to spread throughout the economy, pushing the cost of everything from airline tickets and clothing to medical services higher.

"So much for the idea that inflation has peaked. Consumer prices blew past expectations - and not in a good way with the 8.6% annual increase the fastest in more than 40 years," said Greg McBride, chief financial analyst at Bankrate.com.

"Worse the increases were nearly ubiquitous. Just no place to hide."

The US has been grappling with rising prices since last year, when an unexpectedly strong economic rebound from the shock of the pandemic - driven by large doses of US government spending, including direct cheques to households - overwhelmed supplies, prompting companies to raise prices.

Now the war in Ukraine has spread the problem around the world, with Covid-related shutdowns in China this spring contributing.

As the rising costs hit household purchasing power and prompt a pullback in spending, officials are warning that growth in many countries is at risk of a sharp downturn.

"The war in Ukraine, lockdowns in China, supply-chain disruptions, and the risk of stagflation are hammering growth. For many countries, recession will be hard to avoid," World Bank President David Malpass said this week. 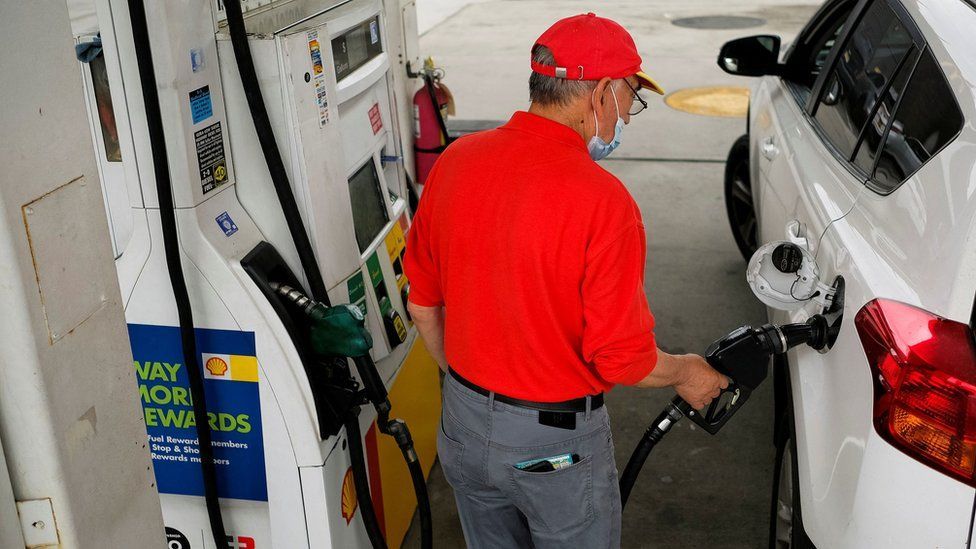 US stock markets fell in the wake of the inflation reports, with all three major indexes dropping more than 2%. The falls added to weeks of declines in US shares, as investors become nervous about the path for the economy.

"Add ongoing supply-chain problems and the economic impact of Russia's invasion of Ukraine to the threat of inflation, and it's easy to see why fears of a downturn have risen swiftly."

For now, the US labour market has continued to add jobs, a sign that growth is continuing.

But wages have not kept pace as prices climb. The rising cost of living has especially hit lower income households, for whom basics like food and energy make up large portions of spending.

Polls show a majority of Americans see inflation as the top problem facing the country. Consumer sentiment has plunged and US President Joe Biden's approval ratings have sunk as Republicans criticise him over the issue.

Over the month, prices gained 1%, driven by the rising cost of petrol, which has hit new records in the US, approaching an average of nearly $5 a gallon.

In hearings in Washington this week, US Treasury Secretary Janet Yellen said bringing down prices was the "number one priority".

In a statement, Mr Biden said "we must do more - and quickly - to get prices down here in the United States".

"I'm doing everything in my power to blunt Putin's price hike, and bring down the cost of oil and food," the president later pledged at a speech at the Port of Los Angeles in California.

"For now, the US economy is very healthy and you see it reflected in the fact that there is such a strong demand for pretty much everything, goods and services. But the Fed has to take care of the problem," he said.

"The result will be not now but in the quarters ahead a significant slowdown in the US economy, induced in large part by the Fed."