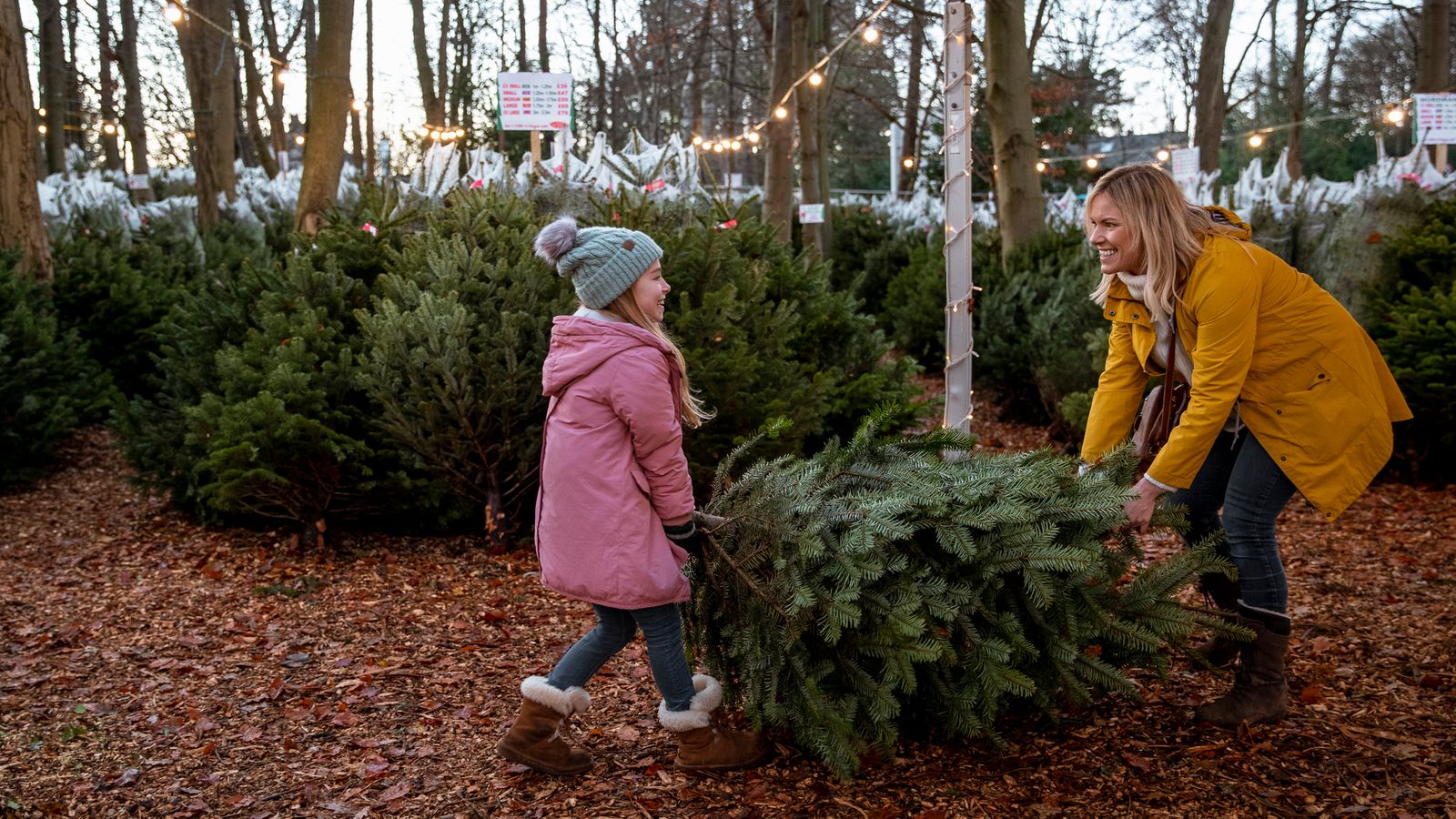 The early hunt for Christmas trees is thought to be partly a response to the pandemic - but also a reaction to Brexit shipping issues.

Demand for Christmas trees is expected to spike by 15% this year as shoppers get into the festive mood early - with the rush expected to begin this weekend.

It has been dubbed "Christmas Tree Saturday" - despite being in November and 28 days before Christmas Day.

The early hunt for festive trees is thought to be partly a response to the pandemic - but also a reaction to Brexit shipping issues. 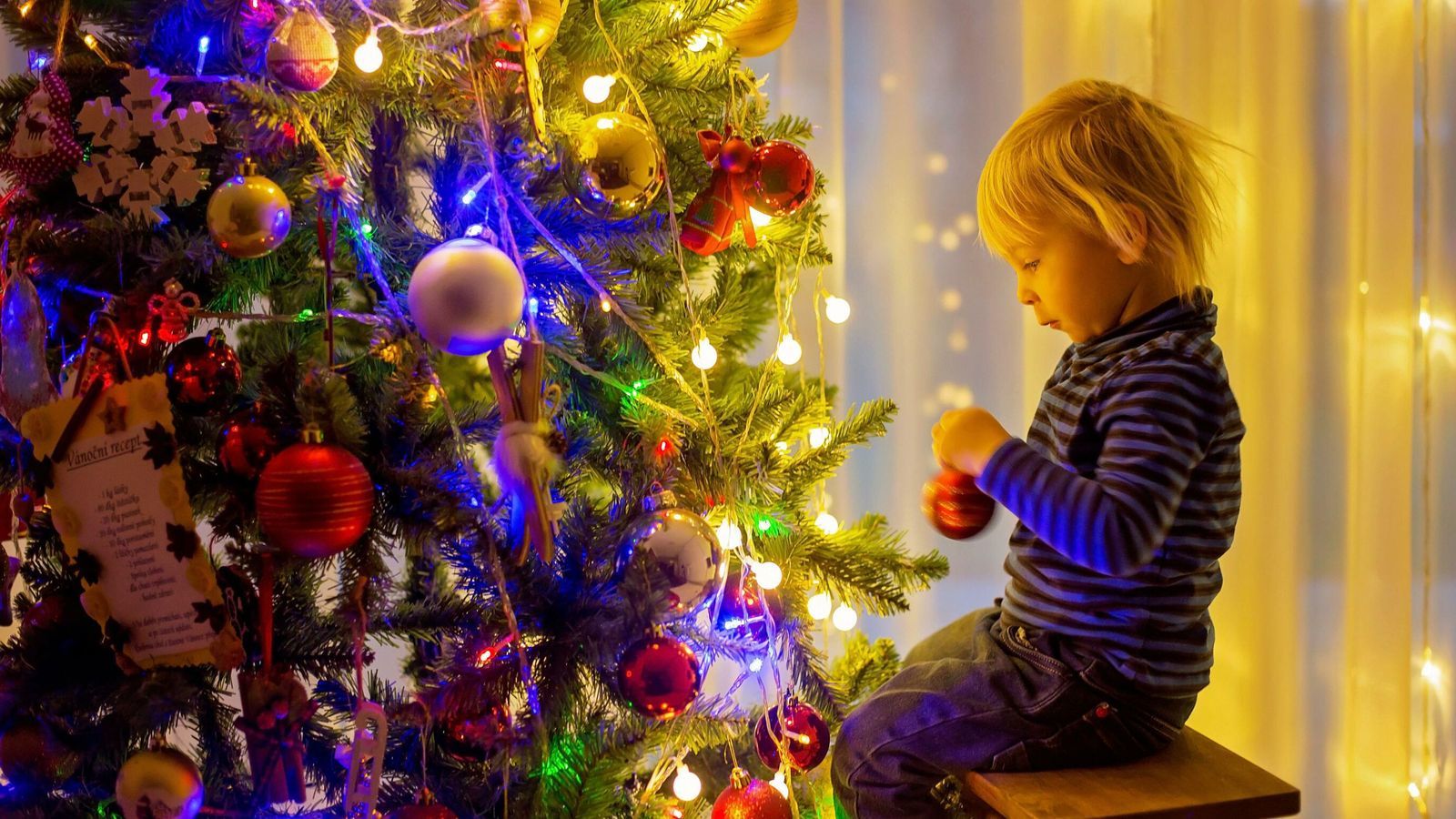 A tenth of real Christmas trees sold in the UK are imported.

There will also be a higher demand for locally grown trees, retailers have said.

Christopher Hood, director and founder of Europe's largest tree wholesaler Needlefresh - based in Yattendon, near Newbury, Berkshire, which sells more than 700,000 trees each year - said demand for real trees is increasing every year.

"I think it's a culmination of what's going on with Brexit and the fact that generally people have been struggling with COVID, people want to celebrate and they want to find something to enjoy," he told the PA news agency.

"With there being problems with hauling goods from Asia I think there is going to be a lack of plastic trees, that's for certain, and real trees are going to see the benefit of it."

He said his company is responding to the early demand for trees, and added: "We are sending trees out earlier and we were harvesting earlier to allow for that but don't forget they are real trees, so they will eventually start to dry out if they are left around too long, so anyone who buys a tree early has to look after it properly."

Tesco said it is stocking up on longer-lasting, non-drop Christmas trees such as the Nordman fir to meet the demand for trees to last the extended season.

"The trend has become so pronounced and widespread across the whole of the UK that we now refer to the event as 'Christmas Tree Saturday'," said its horticulture spokeswoman Lottie Morrison. 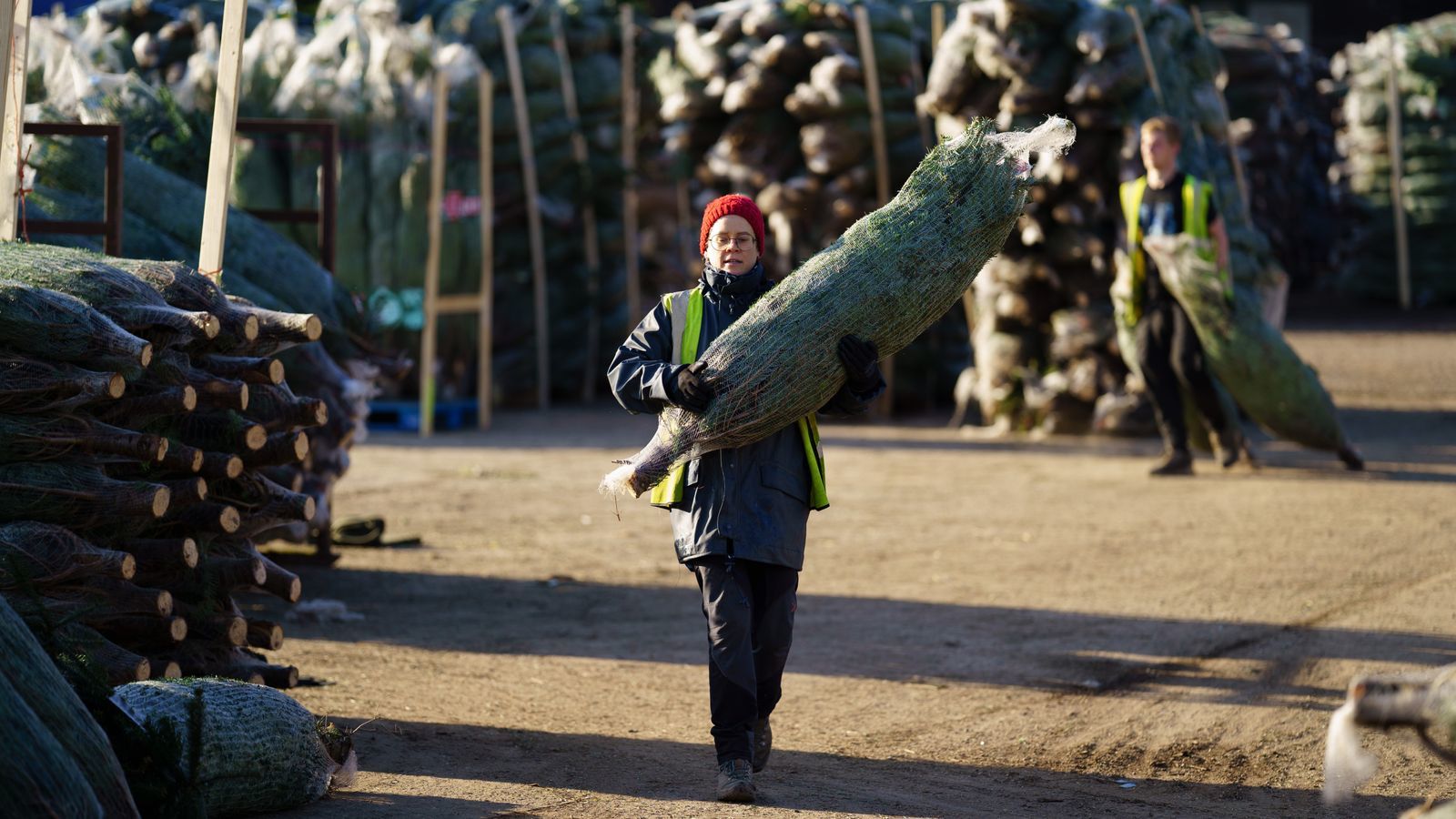 "This year we are anticipating an even earlier rush - at the end of November - on account of last year's Christmas party celebrations being cancelled because of the pandemic.

"While most of those early sales will happen on the Saturday we do see a spike across the whole weekend - and the following weekend - as it gives families the chance to enjoy the decorating ceremony together."

Around eight to 10 million real Christmas trees are sold in the UK each year, according to the British Christmas Tree Growers Association (BCTGA).

Between one and three million of these are imported each year from countries elsewhere in Europe.

But amid shortage and price warnings from as early as September, it reassured customers that there would be "no shortage of real British-grown Christmas trees this season" due to a "marvellous growing year"