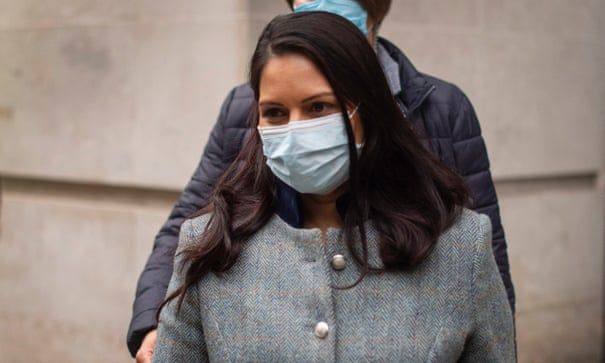 Dominic Cummings has reiterated his argument that herd immunity was the UK government’s initial plan to respond to coronavirus, saying public documents back up his claims despite ministers’ dismissals.

In a likely curtain-raiser to a much-anticipated appearance next week before a Commons committee, Boris Johnson’s former chief adviser said the plan was changed only after ministers believed it would bring mass deaths and an economic “implosion”.

In an earlier contribution to a lengthy Twitter thread begun nearly a week ago, Cummings had on Saturday dismissed as “bullshit” the insistence of Matt Hancock, the health secretary, and other ministers, that herd immunity was not considered.

Herd immunity means enough people within a population gaining resistance to a virus such that it no longer spreads unchecked, and this can happen through vaccination. But Cummings’ contention was that ministers believed it should take place by enough people contracting Covid and getting natural immunity.

Priti Patel dismissed Cummings’ claims during TV interviews on Sunday. “Not at all, no. Absolutely not,” the home secretary told the BBC. Colleagues who were in top-level meetings on Covid at the start of the pandemic “will absolutely recognise that from the discussions that we had”, she added.

She was supported by Dr Jenny Harries, who was deputy chief medical officer for England at the start of the pandemic. Harries told the BBC: “I can categorically say I have never been in any government meeting where herd immunity was put forward at that point of the pandemic as a mechanism of control.”

In a new series of tweets, Cummings pointed to government-released graphs from the start of the pandemic showing projections for a single, prolonged but flattened wave of infections and deaths, with herd immunity described as “the optimal single-peak strategy”.

In the week of 9 March last year, Cummings wrote, Hancock and Michael Gove’s Cabinet Office belatedly “understood herd immunity effects: 100s of 1000s choking to death + no NHS for *anybody* for months + dead unburied + econ implosion; so we moved to Plan B: suppression + Manhattan Project for drugs/vaccines + test&trace etc”.

He added: “Critical as I am of the PM in all sorts of ways, it’s vital to understand the disaster was not just his fault: the official plan was disastrously misconceived, [the Department of Health and Cabinet Office] did not understand this or why, & a PlanB had to be bodged amid total & utter chaos.”

In his tweets Cummings did not specifically outline whether he, as a key participant in the discussions, had consistently argued for an early and robust lockdown to limit the impact of Covid.

He is scheduled to give evidence on Wednesday to the Commons health and science committees as part of a joint investigation into lessons that can be learned from the way Covid was handled in the UK.

In his earlier tweets, Cummings, who was ousted from Downing Street in November last year, said the media uncritically accepted assurances from Hancock that herd immunity was never considered as a strategy.

“Media generally abysmal on Covid but even I’ve been surprised by 1 thing: how many hacks have parroted Hancock’s line that ‘herd immunity wasn’t the plan’ when ‘herd immunity by Sep’ was *literally the official plan in all docs/graphs/meetings* until it was ditched,” he wrote.

Asked about the tweets, Patel said: “I can’t speak for Mr Cummings and one individual.” She added: “I’m not going to comment on what Mr Cummings is going to say, or also what is being speculated about right now.”
#priti patel  #covid  #coronavirus  #boris johnson  #vaccines
Add Comment