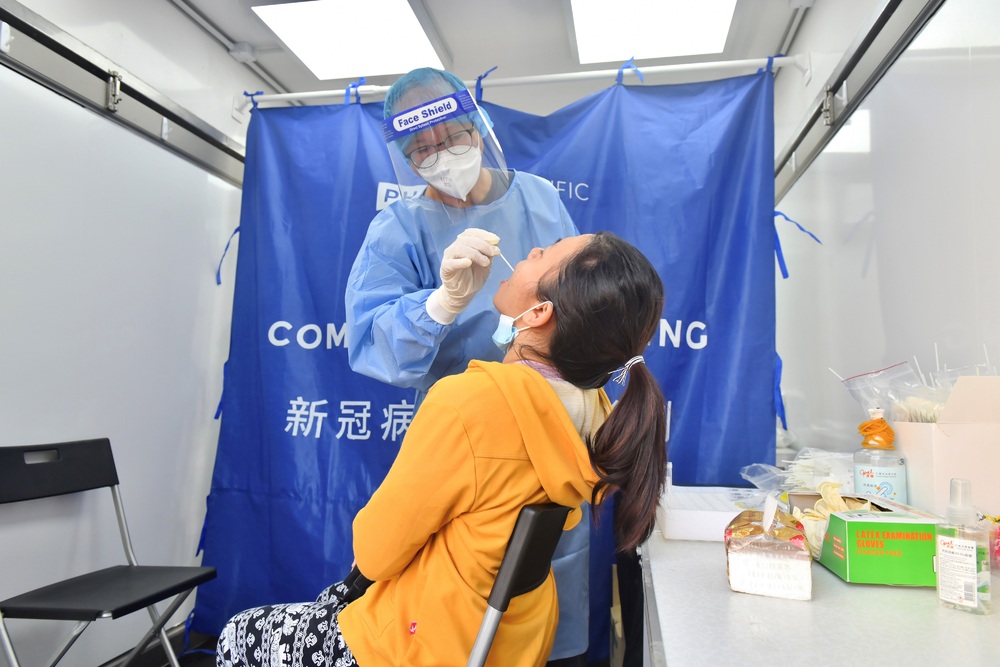 The government announced today that all 370,000 domestic helpers in Hong Kong will have to undergo mandatory Covid testing by May 9.

The news came as a domestic helper in Tung Chung was tested positive for the mutated coronavirus strain, which is more infectious than the common Covid strain.

Secretary for Food and Health, Sophia Chan Siu-chee said those who were fully vaccinated, having received the two-dose vaccination and waited 14 days after the second jab can be exempted from the compulsory testing.

She also urged helpers to avoid gatherings and sharing of food before they obtain their test results.

The operating hours of some community testing centers will also be extended to 10pm.

The health chief also said 950 people from the Tung Chung building where the infected domestic worker lives have all been tested negative so far.

“But given the incubation period for the mutated coronavirus is longer than the common strain, all residents are still required to undergo the full 21-day quarantine period. Those who have been to places listed on the compulsory testing notice should also get tested as soon as possible,” stressed Chan.

The government also revealed that it is planning to make it mandatory for helpers to be vaccinated against Covid in the future.

Secretary for Labour and Welfare, Law Chi-kwong, said Covid jabs may be made mandatory for domestic workers in order to be allowed to sign or renew an employment contract.

Currently, the jabs are not mandatory for anyone else in Hong Kong.
#covid  #coronavirus
Add Comment