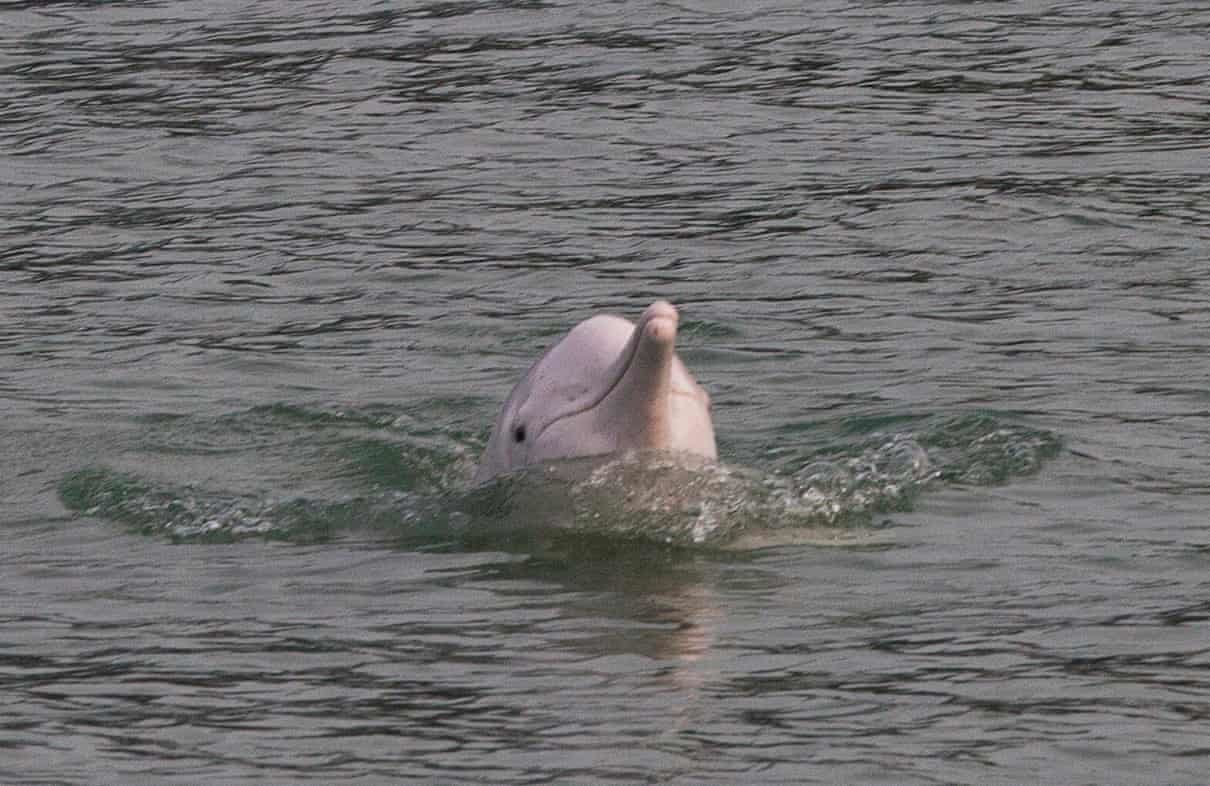 Large numbers of dolphins returned to Hong Kong waters within weeks of the Covid-19 crisis shutting down high-speed ferries, and researchers are now calling for protections before the ferries resume.

Indo-Pacific humpback dolphins, also known as Chinese white dolphins and pink dolphins, are native to the Pearl River estuary, but typically avoided the waters between Hong Kong and Macau because of the high volume of high-speed boats.

But researchers say that with the pandemic drastically reducing water traffic, including the suspension of ferries, dolphin numbers in the area have risen by 30% since March.

Dr Lindsay Porter, a senior research scientist with the University of St Andrews, told the Guardian she was conducting regular surveys shortly after Hong Kong and Macau closed their borders when she noticed large numbers of the dolphins.

Local Hong Kongers lent her team a yacht and a boat so they could live aboard in the empty ferry lanes and conduct a study of the population.

“Hong Kong dolphins normally live on the edges, they’re stressed, they spend their time eating and resting. So to see them playing … to see them having a good time, that was really great to see.”

The team dropped underwater recording stations in the ferry lanes, and Porter said the next stage of their research would be to compare the vocalisations from the high-traffic pre-Covid and now.

The team is partnered with WWF Hong Kong, and Porter said the NGO had costed detouring the ferries away from the area once transport resumes at an “extra few dollars” a passenger.

Ideally, fewer ferries would run and Macau’s casino industry, making better use of a bridge between the two territories that opened in 2018, Porter said.

WWF Hong Kong said it believed there were about 2,500 in the estuary. Porter said it was historically hard to record populations accurately because the habitat crossed into mainland Chinese territory, but in Hong Kong and adjacent waters the species was in decline.
Add Comment