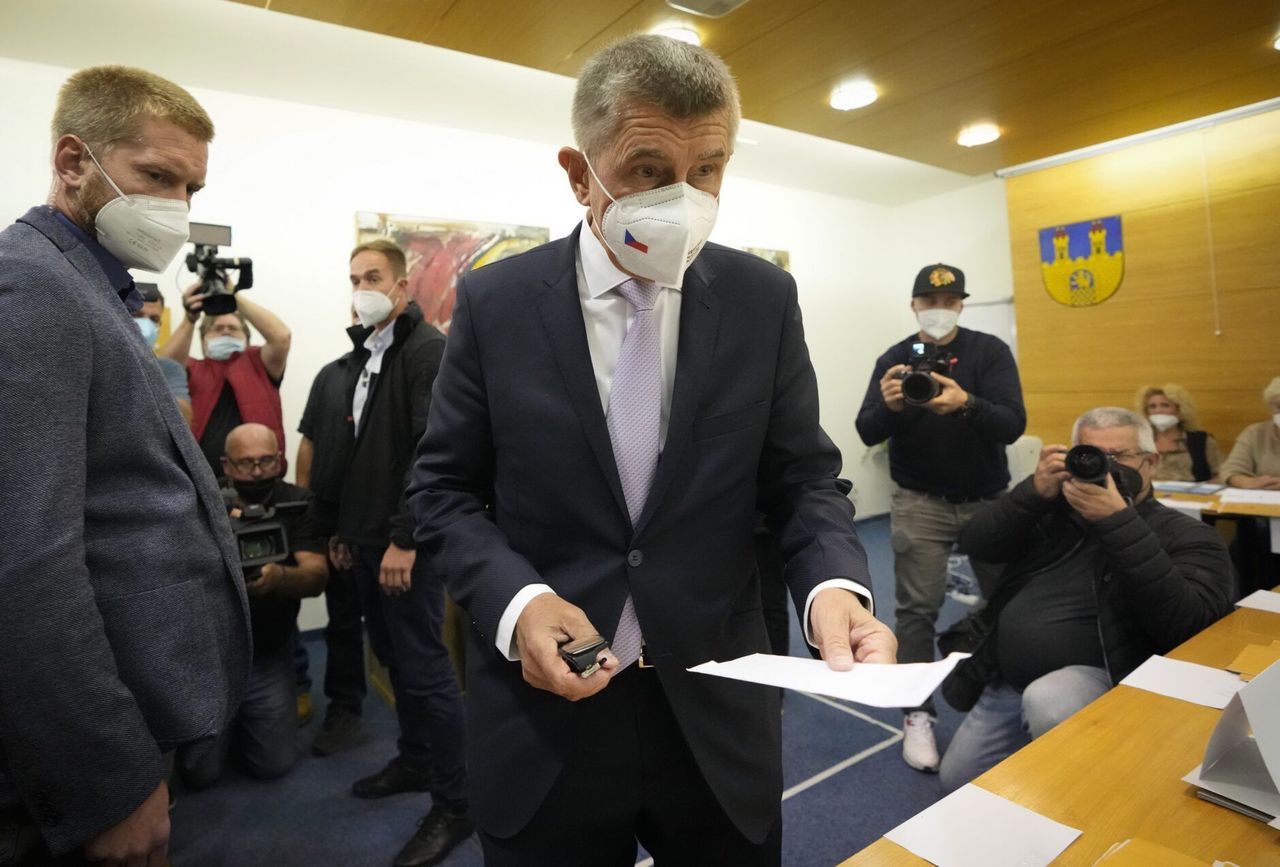 Central Europe's right-wing, anti-EU governments are becoming a key battleground in the bloc’s desire to expand and integrate a continent long riven by discord. A victory by pro-EU parties in the Czech Republic lets Brussels breathe a bit easier.

European Union leaders are breathing a bit easier after Czech voters delivered a weekend electoral loss to their billionaire and scandal-racked prime minister, Andrej Babis, who's grown into another Central European leader eager to challenge Brussels and its liberal democratic norms.

The weekend elections in the Czech Republic can be seen as part of a larger clash between policymakers in Brussels – and Europeans who support the EU – and right-wing political forces in Central Europe opposed to many mandates and policies emanating from Brussels.

This conflict between Brussels and leaders in Poland, Hungary, Slovenia and the Czech Republic, also known as Czechia, is taking center stage in European political circles as the continent emerges from the coronavirus pandemic emergency and the drama of Brexit is pushed to a fringe stage.

Nationalist right-wing governments in Warsaw and Budapest are seen as the most serious threats to the EU because they are challenging the primacy of EU laws and demanding Brussels back away from interfering in domestic affairs. Leaders in Czechia, such as Babis, and Slovenia are following their lead and pushing back against the EU. Critics say these Central European countries are at risk of becoming one-party states, just as they were in their communist pasts.

Over the weekend, the EU and its supporters scored two victories with pro-EU parties winning Czech parliamentary elections and massive protests in Warsaw breaking out against a controversial ruling by Poland's Constitutional Tribunal that declared the Polish constitution superior to EU laws.

Babis and his party, the ruling Action of Dissatisfied Citizens (ANO), were narrowly defeated in elections for the powerful lower body of parliament, the Chamber of Deputies. A three-party, center-right coalition known as Together took 27.8% of the vote to ANO's 27.1%.

Most importantly, Together and a coalition of center-left parties obtained enough votes to secure a parliamentary majority and they have pledged to work together to oust Babis. The coalition parties are expected to hold 108 of the chamber's 200 seats.

“People were fed up with the populist, short-term politics of Andrej Babis,” said Petr Fiala, the leader of the center-right Civic Democratic Party who spearheaded the coalition against Babis. “We want to do normal, competent and decent politics and people have believed in us.” 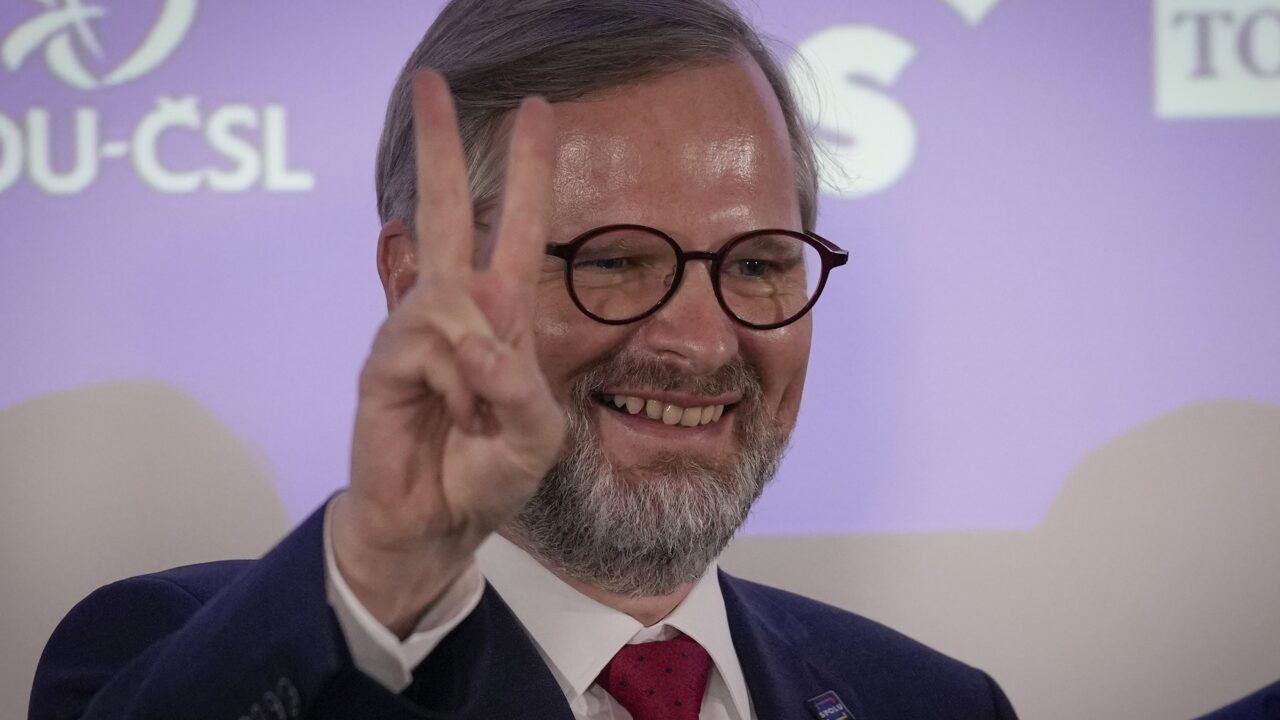 Petr Fiala, leader of center-right Together coalition, flashes the V sign as he reacts to election results at the party's election headquarters in Prague, Czech Republic, on Saturday, Oct. 9, 2021.

The success of the opposition parties in Czechia is boosting hopes for a similar result in Hungary, where parliamentary elections are slated to take place next year. The elections in Hungary are considered much more consequential because the fate of Europe's far-right bête noire, Viktor Orban, is at stake. Just as in the Czech Republic, opposition parties are seeking to remove Orban by joining forces.

Babis, one of Czechia's richest businessmen, has become a highly problematic figure since he entered politics in 2012 and quickly found success, first as finance minister and then as prime minister in 2017.

During his time in power, he has been accused of steering millions of dollars in EU subsidies to his agro-industrial empire, a company called Agrofert, seized control of large parts of the media, courted extremist parties on the left and right and espoused anti-EU rhetoric.

Shortly before the election, Babis was revealed by the so-called Pandora Papers to have used secretive offshore financing to buy French Riviera properties, a development that appears to have hurt his party at the polls.

In 2018, Babis became the focus of massive street protests as anger over allegations of corruption erupted. Drawing about a quarter of a million people, the protests, known as the Million Moments for Democracy, became the largest demonstrations since the fall of communism with the country's Velvet Revolution. The Million Moments movement endorsed the tactic used by the disparate opposition parties to join forces and oust Babis.

Despite the election loss, Babis may hold on as prime minister for months to come.

That's because he is an ally of Czech President Milos Zeman, another highly problematic figure due to his anti-gay and anti-immigrant statements. Zeman also is seen as a supporter of Russia and China and increasingly skeptical of the EU.

Although a Czech president's role is largely ceremonial, heads of state also are given the responsibility of approving government formations and Zeman has said he will give the largest party in the Chamber of Deputies the first chance to form a government. Due to a recent electoral change, Babis's ANO will hold a one-seat advantage and Zeman is expected to give the prime minister another shot at governing. During this period, Babis may try to entice one of the opposition parties to join a government, though his rivals say they are united in getting rid of him.

Complicating matters further, Zeman, who is 77 and in bad health, was rushed to a Prague hospital in serious condition on Sunday after he met with Babis. Although his condition was unclear on Monday, it looked likely that Zeman may not be able to perform his duties for days if not weeks, leaving Czechia in a state of limbo and suspense.