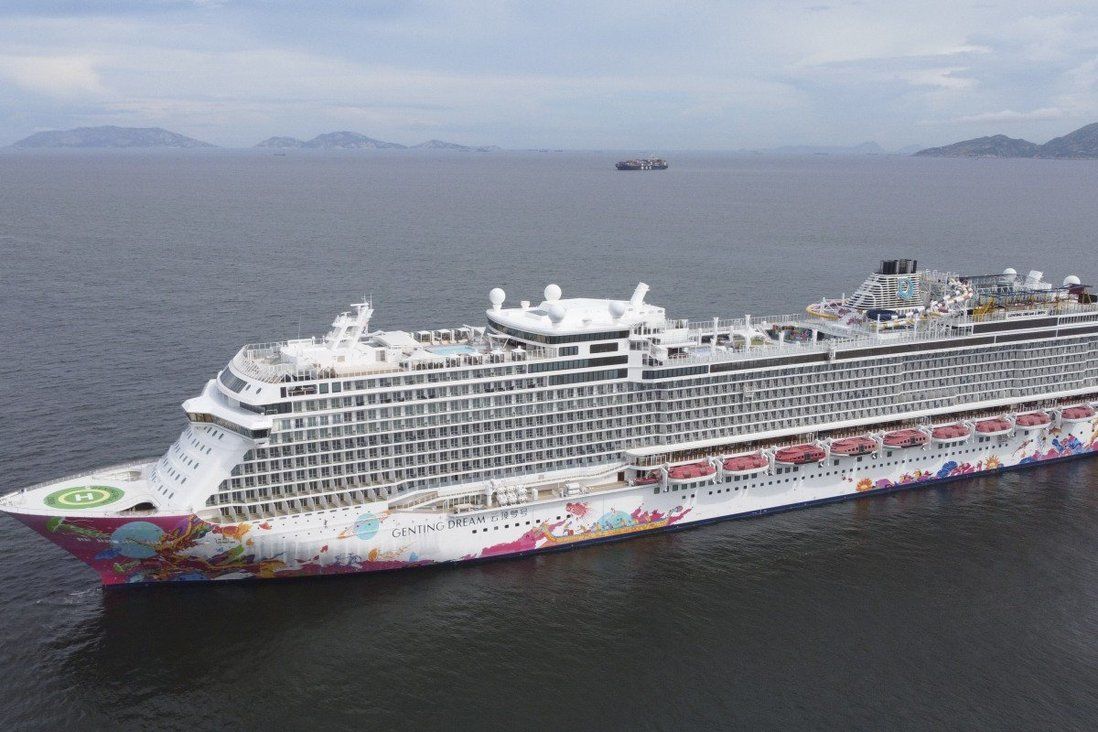 Crew members on Genting Dream receive second dose of BioNTech vaccine ahead of cruises launching from city on July 30.

Genting Cruise Lines is ready to launch the first “cruises to nowhere” from Hong Kong on July 30, as it learns from its experience in offering similar tours in Singapore, including handling a Covid-19 infection on board.

Some 400 crew members on the Genting Dream received their second vaccine dose on Wednesday, and will be ready to set sail at the end of the month.

The first two cruise dates have been fully booked, each carrying about 1,000 guests, and a total of 13 voyages are expected to depart until the end of August.

The vessel arrived in Hong Kong on June 9 and crew members received their first dose of the BioNTech vaccine on June 23, while some 400 other sea crew members from mainland China were vaccinated with Sinovac before quarantining in the city. 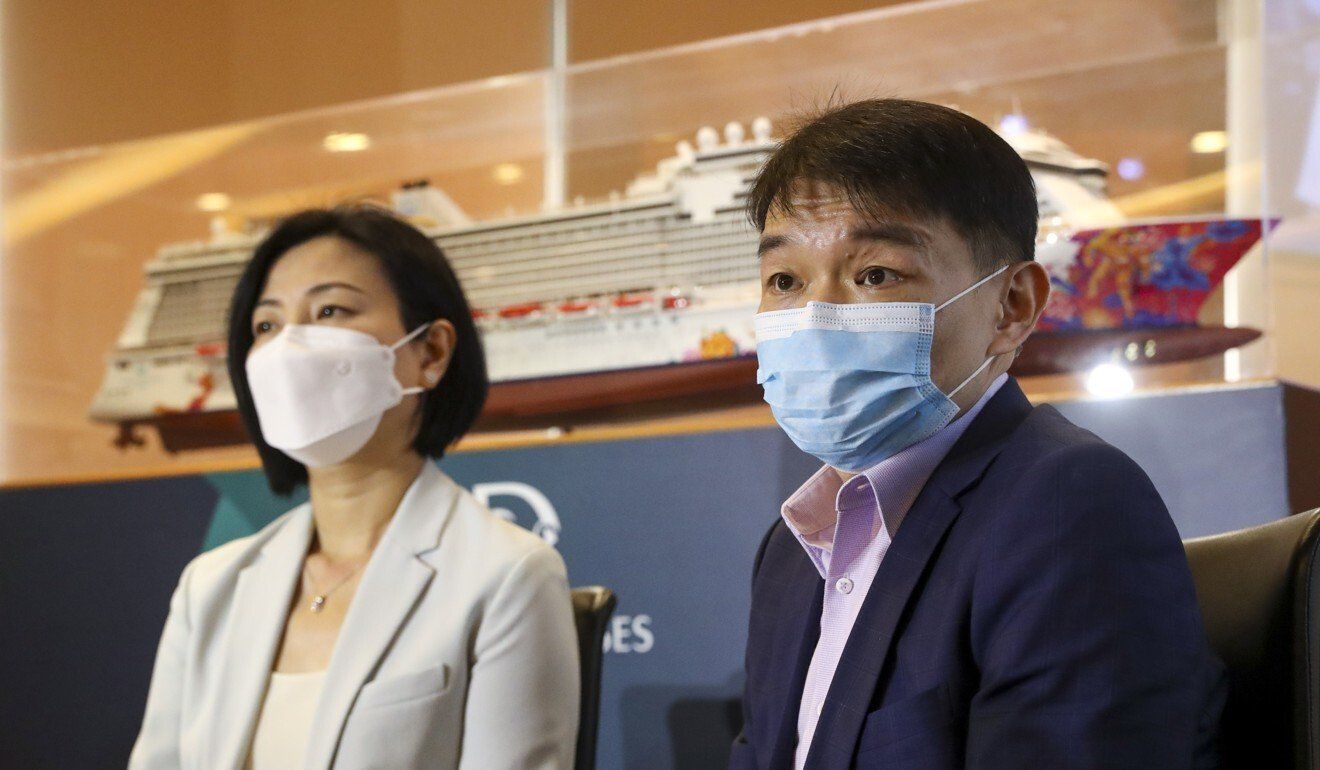 Under Hong Kong’s cruises to nowhere scheme, all ships will only be allowed to operate at half capacity, while passengers and staff on board have to be fully vaccinated and must undergo testing.

“There’s quite a difference compared with Singapore, as their side only requires rapid Covid-19 testing for guests and crew,” Christine Li, Genting’s spokeswoman in Hong Kong, said on Wednesday.

Li added that anyone suspected to be infected with Covid-19 would be tested and isolated on the vessel while it made its way back to Kai Tak Cruise Terminal. There, the passenger would be handed to Hong Kong health authorities for further investigation.

Genting has been operating cruises to nowhere from Singapore since last November, and has hosted 130,000 passengers. The journeys have no port of call and last only a few days.

Its World Dream ship had to return to Singapore on Wednesday morning after a passenger was suspected of having contracted Covid-19 while on board. The infection of a 40-year-old passenger was later confirmed by the city state’s Ministry of Health.

Annie Chang, director handling cruises at the Singapore Tourism Board, said the passenger was identified as a close contact of a confirmed case on land, and was immediately isolated as part of on-board health protocols.

Raymond Lim, a senior vice-president at Dream Cruises, one of the brands under the Genting Group, said that despite the suspected case, the coming cruise from Singapore on Friday would still go ahead. 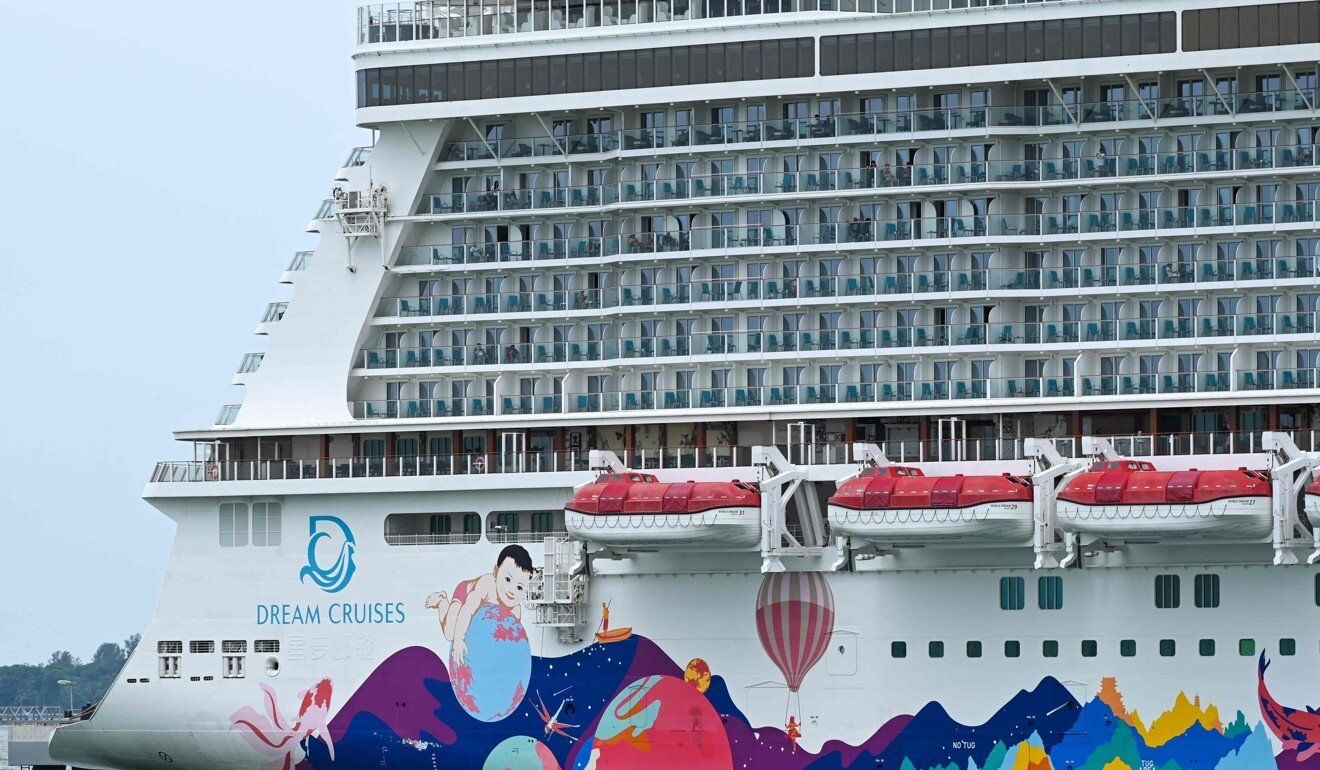 The World Dream cruise ship returns to Singapore after a passenger was suspected of having contracted Covid-19 while on board.

Hong Kong tourism lawmaker Yiu Si-wing said the city should refer to how Singapore handled the infection on board the vessel.

He suggested it would be best if Hong Kong’s cruises returned to the city if any passenger was suspected to have Covid-19, just as Singapore did, but he also hoped the remaining guests would be able to quarantine and be tested on land, rather than being stranded at sea by the port.

“To be fair, Singapore has been doing cruises to nowhere for almost a year, and there was only one confirmed infection after more than 130,000 people have been on these trips,” Yiu said.

The Genting Dream, which is anchored off Lamma Island in preparation for the restart of Hong Kong’s luxury liner experience, is equipped with a Polymerase Chain Reaction (PCR) testing machine, and has trained medical staff on board to handle specimens if a passenger is suspected to have Covid-19.

The ship’s captain, Jukka Silvennoinen, said crew members had heightened cleaning and disinfection of the entire ship, while also upgrading the air filtration system across the vessel’s facilities, ahead of the relaunch of voyages.

Last Tuesday, Royal Caribbean Cruises, one of the two cruise to nowhere operators in Hong Kong, confirmed its ship, Spectrum of the Seas, would set sail from October 5, three months late, as it tried to get crew members to meet vaccination and quarantine requirements set by local authorities.