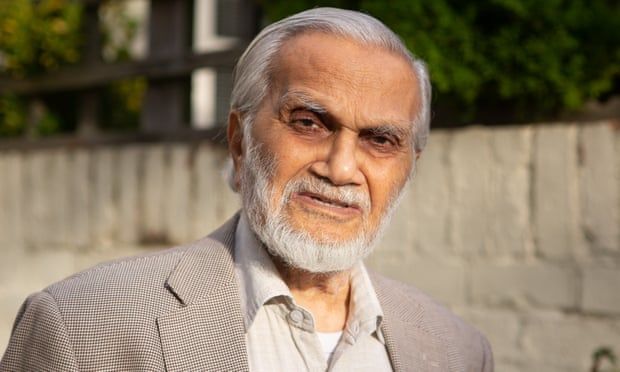 The rejection of multiculturalism by successive governments has helped fuel “vulgar racism” of the kind experienced by Azeem Rafiq, according to the lead author of a seminal report.

Bhikhu Parekh, the former chair of the Commission on the Future of Multi-Ethnic Britain, said he was deeply disturbed by the former cricketer’s testimony. Lord Parekh’s report, published in 2000 as part of a commission established by the Runnymede Trust, shaped much of New Labour’s policy on multiculturalism, with the then home secretary, Jack Straw, heralding it as “the most important contribution to the national debate on racial discrimination for many years”.

On Tuesday, Rafiq told the digital, culture, media and sport select committee that phrases such as the P-word, “elephant washers” and “you lot” were commonplace and that players of colour were referred to as “Kevin”. He added that as a 15-year-old at Barnsley Cricket Club he had wine poured down his throat, despite this going against his Muslim faith.

Parekh, a Labour peer who served as president of the Academy of Social Sciences from 2003 to 2008, said: “What we are witnessing is the crudest form of racism that you could ever imagine.”

Parekh was speaking 10 years after David Cameron’s first major speech as prime minister in 2011, in which he denounced multiculturalism. His sentiments were echoed by Angela Merkel and other political leaders at the time, and were a major departure from the new Labour approach to diversity.

When asked if there was a link between people rejecting multiculturalism and theracist abuse of the sort experienced by Rafiq, Parekh said he thought so, but “not a direct link, as I can imagine people being one but not the other. I can easily see how it is easy to slide from one manner of thinking into the other.”

He said people attacked multiculturalism without understanding what it meant. “They took it in a very crude way to mean that each culture is self-sufficient. It cannot be criticised by standards drawn from another culture and each culture therefore is sacrosanct and beyond criticism; therefore it has certain rights which the state should give it. Nobody in their right mind has ever advocated for this.”

Parekh, who has written extensively on rethinking multiculturalism, added: “What we mean by multiculturalism is that no culture is perfect. Every culture is defective, it has to learn from others and therefore we want to encourage dialogue between different cultures, where each can learn to be critical of itself and learn also from the treasures of other cultures. It is the process of mutual learning.”

He criticised the government for failing to issue a strong statement attacking racism. “No firm lead has been given on race. You need a clear policy on promoting equality, fighting discrimination and disadvantages. I don’t see any such policy.”

He said the government’s report into racial disparities in the UK, published earlier this year, was disappointing because it failed to get to the root of many of the problems ethnic minorities faced today.

Parekh said that while he was a little surprised that racism continued to plague different sections of society, “at the same time … the changes that have come about the last 20 years have been absolutely remarkable. Look at the number of MPs, not only from different ethnic minority groups, but also Muslims, Hindus and others.”

He would not call Britain a racist society, he said, but one trying to fight and conquer, with uneven success, the legacy of its imperial past.

When it came to racial equality, he did not believe the UK had gone backwards, “but it has gone one step and then stopped”. “I would say that this country has made some progress. But let us remember it is a country which has been slowly, slowly dragged into the new world. And we must therefore not be too impatient.”

The national conversation on race had developed significantly in the past two decades, he said. “I think I will say that on the question of race there is a greater acknowledgment that it hurts people deeply, it is the worst form of treatment you can mete out to a human being. It exists in Britain and it should be eliminated. I think that is accepted.” That was only “halfheartedly” accepted 20 years ago, he added.

“That change is largely possible because of testimonies like Rafiq’s,” Parekh said. “For a matter to become the subject of a public debate, there has to be some courageous players who are prepared to come out and talk about it.”
#angela merkel
Add Comment