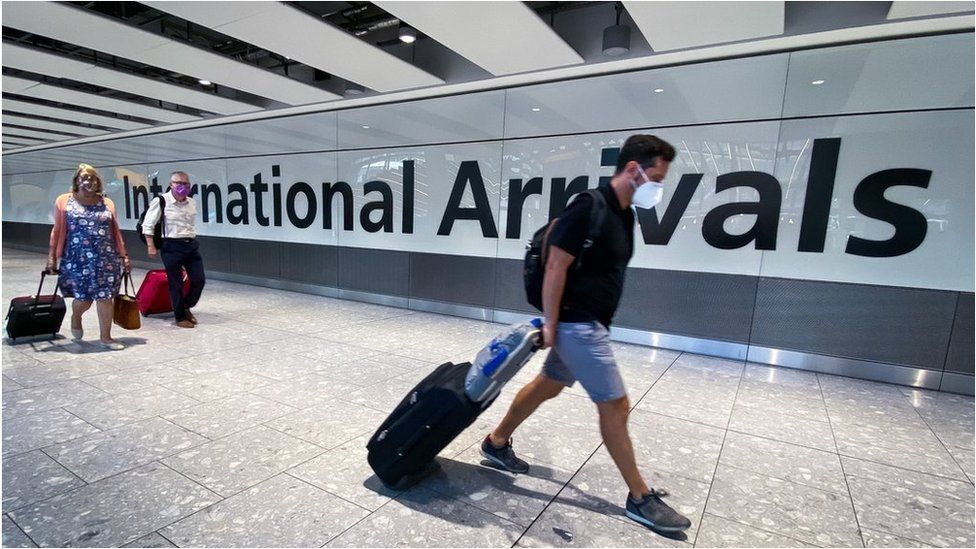 Covid: Why was India not already on the red list?

India will be added to the government's travel-ban red list from Friday 23 April.

It came after Boris Johnson cancelled his planned trip to the country because of the Covid situation there.

India has been reporting more than 200,000 cases daily since 15 April.

But Pakistan and Bangladesh have both been on the red list since 9 April.

The red list is the government's list of 40 countries from which there are strict restrictions on travel to England.

Northern Ireland has similar rules in place, while Scotland's are stricter and Wales does not currently have international flights arriving.

The rules are designed to protect the UK from new variants of Covid, against which existing vaccines may be less effective.

Travel to England is banned for anyone who has been in one of the countries in the past 10 days, except for UK citizens and residents, who have to isolate on arrival at government-approved hotels for 10 days.

What are the criteria for going on the red list?

The decision is based on Joint Biosecurity Centre risk assessments, which include:

*  how good a country's testing structures are, including checking for variants of concern

*  how many cases those systems have identified

*  evidence of whether that country has exported cases of new variants to other countries, including to the UK

*  how good the country's travel links with the UK are

The first point on the list is particularly important, because the genome sequencing needed to identify new variants is very sophisticated and relatively rare.

Health Secretary Matt Hancock told the House of Commons on 9 February it was also important whether "a variant of concern is the dominant variant", adding the list was kept "under review".

Why were Pakistan and Bangladesh put on the red list before India?

Few cases of the South Africa variant found in the UK have come from Europe, according to the Department for Transport, with most coming from other parts of the world.

But just because a country has found new variants, or has many cases of coronavirus, it will not necessarily be on the red list.

*  82 countries where the variant identified in South Africa had been found, of which only 21 were on the red list

*  52 countries with the variant identified in Brazil, of which 14 were on the red list

Bangladesh, which had the South Africa but not the Brazil variant, and Pakistan, which had neither, were added to the red list on 9 April.

But India, which had both, was not added for another two weeks. 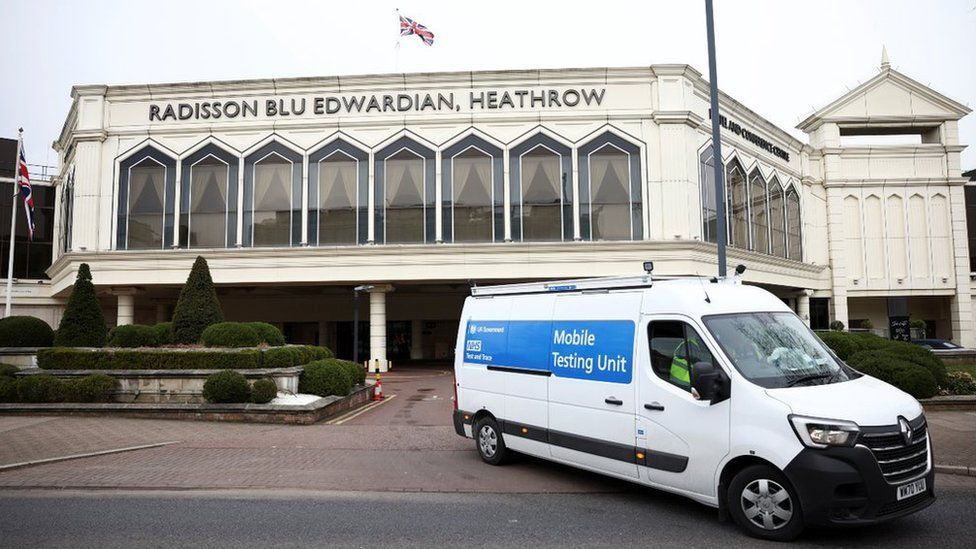 We asked the government why it wasn't added before but have not yet had a response.

"Nobody knows the full criteria - but there may be a political element because the UK wants a trade deal with India," Dr Simon Clarke, associate professor in cellular microbiology, at the University of Reading, said.

"It's not always a data-driven decision," he added, giving the example of Somalia, which is on the red list but has one of the lowest official rates of infection and deaths in the world.

*  Bangladesh had twice as many

*  India had four times as many

But the government says its travel bans are more about the transmission of variants of concern and a country's ability to monitor them.

In late March, India's health authority said 771 variants of concern had been detected in a sample of almost 11,000 positive cases - a fraction of the millions of cases recorded in the country.

But India has a greater sequencing ability than Pakistan or Bangladesh, although it is far behind the UK, which does about half of the world's sequencing.

Announcing the decision to add India to the red list, Mr Hancock said the government had found 103 cases of a new variant - first identified in India.

He said: "the vast majority have links to international travel and have been picked up by our testing at the border".