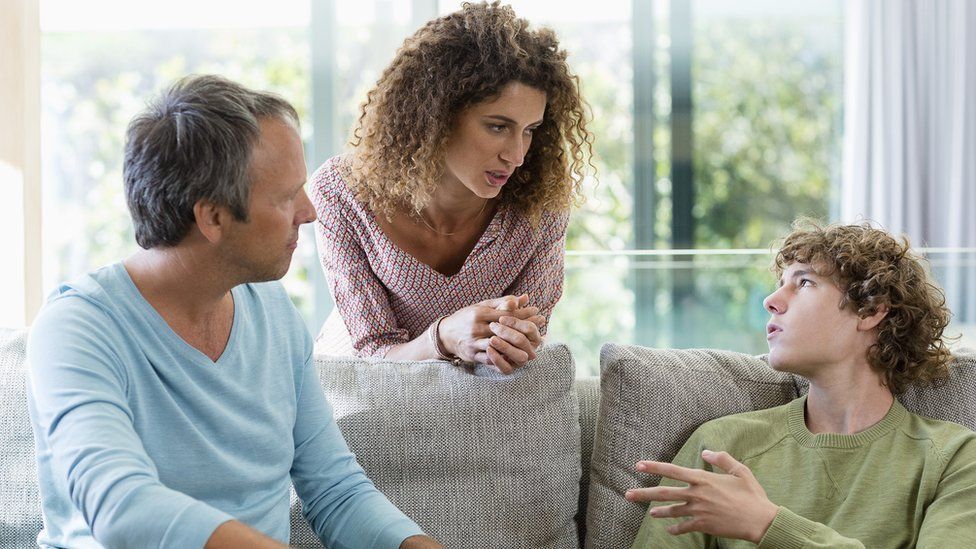 Covid: What do parents think about vaccinating children?

A decision on whether to offer coronavirus vaccines to all 12 to 15-year-olds is expected within days - but what do parents think?

The UK government believes there is a "strong case" for giving jabs to all healthy children over 12, a source has told the BBC.

But the Joint Committee on Vaccination and Immunisation (JCVI) said on Friday it did not recommend this, as the benefits on health grounds were only marginal. They have now asked the chief medical officers to consider the wider implications of extending vaccinations to younger pupils.

Some parents have told us whether they are for or against vaccinating their children and why.

'Where is the science?' 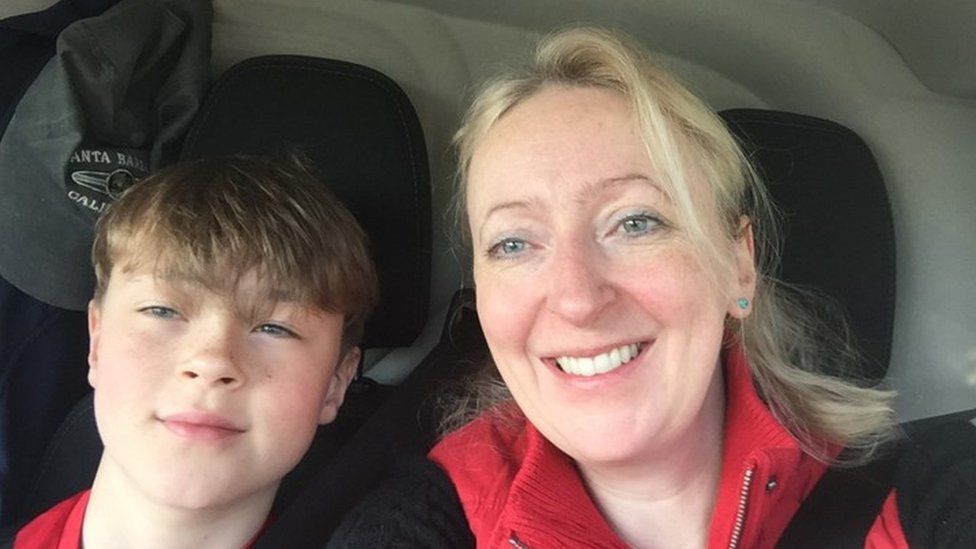 Sandra Carleton said she did not want her 12 year-old son Charlie to have the vaccine.

"He has just recovered from Covid so giving him the vaccine most certainly poses more of a risk than a benefit," she said.

"He is fine following Covid but I am not so sure he would have been after the vaccine.

"I would have been against him having it anyway. If they don't contemplate 11-year-olds then why 12-year-olds?

'My son has asked to be vaccinated' 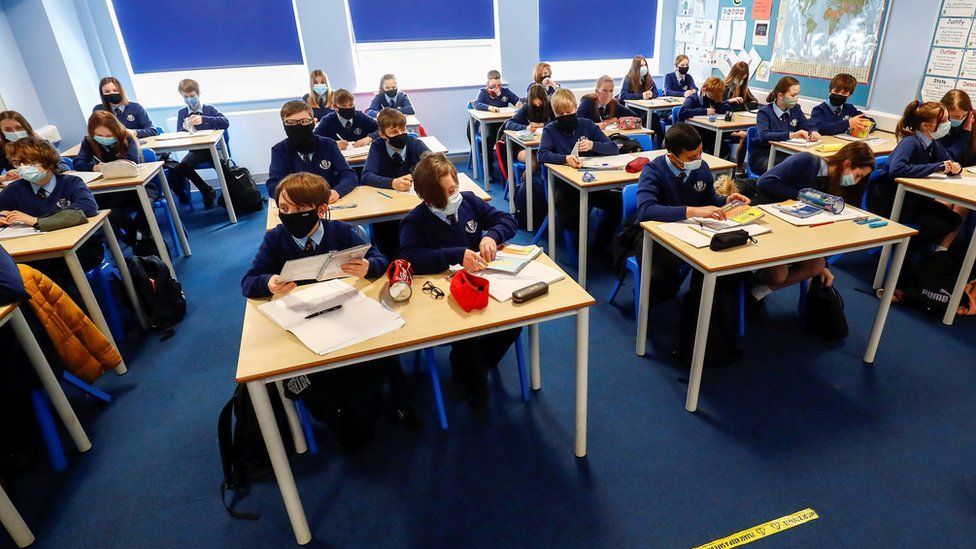 Tracey, who asked us not to use her full name as she is a teacher, said her 14-year-old son had asked to be vaccinated and she supported his decision.

"He would also like to continue wearing a mask at school," she said. "He wouldn't even take it off to play sport last year as he felt it was his way of protecting others.

"We've been told we're going back to full school assemblies with hundreds of pupils and that seems crazy. It just seems like we've got bored of Covid.

"With very few mitigations in place to protect against the virus, vaccination would be a way of not just reassuring and protecting pupils but those around them.

"Many families have vulnerable people and people's lives are important."

What does the JCVI say?

The JCVI said children were at such a low risk from the virus that a mass vaccination programme for those aged 12-15 would offer only a marginal benefit, though it did advise widening the existing vaccine programme to include an extra 200,000 teenagers with specific underlying conditions.

Its deputy chairman Prof Anthony Harnden said "parents need to understand what the risks are, what the benefits are and make up their own mind about whether they offer consent or not." 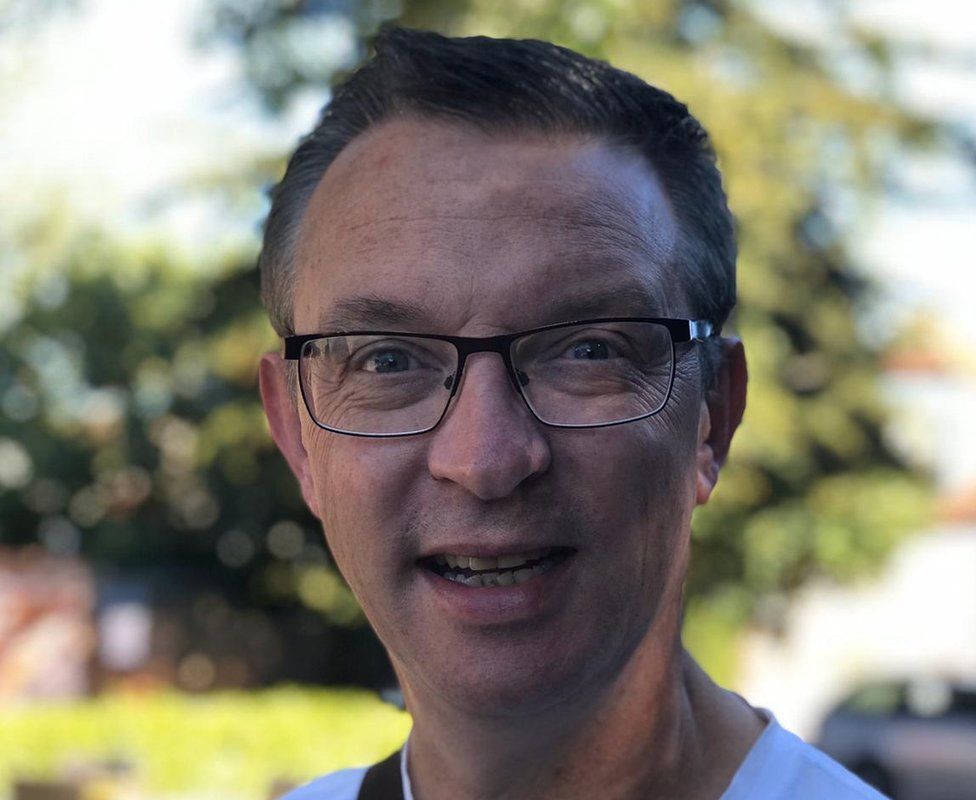 Steve Jones, 49, from Worthing in West Sussex, said if he was in charge vaccinations for 12 to 15-year-olds "would not go ahead".

"I've also seen that parental consent may not be required, I'm against it anyway, but that makes it even more worrying in my mind," he said.

Mr Jones said the fact that the JCVI had not recommended the move but the government was considering it "raises massive red flags for me".

Mr Jones said his son, who is just about to turn 14, "may be too young to have a view or to weigh up the benefits and risks and make a decision".

"I think he and other children would make a decision that's based on peer pressure rather than a cost, benefit analysis and that decision could have a long-term impact," he said. 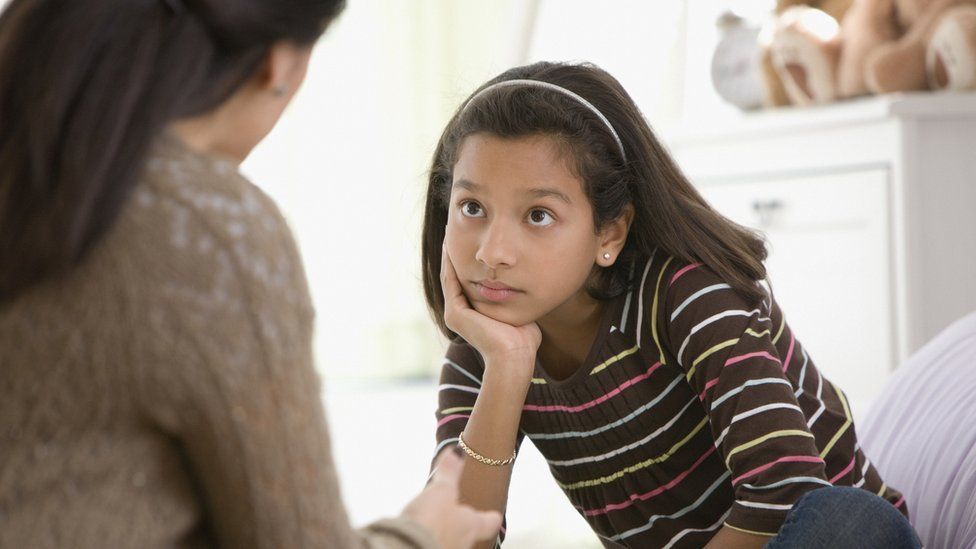 Sue in Yorkshire, who asked us not use her surname, said she wanted her children, aged 12 and 13, to have the jab "as soon as possible".

She said: "The JCVI is unusually cautious about a vaccine and yet completely incautious about this virus and its impact on children.

"Parents don't ignore risks that they can't quite yet put a figure on, and yet that's exactly what the JCVI have decided to do with long Covid.

"A committee that can't make timely decisions is not fit for purpose.

"We could have been vaccinated before returning to school as is the case in France and Germany.

'It would be stupid not to get the vaccine'

Children aged 12 to 15 who have specific underlying health conditions are already being offered a coronavirus vaccine.

Like Roseanna's son 12-year-old Liam who has a condition called Charcot Marie Tooth Disease and had his jab today.

Roseanna, from the Isle of Man, said: "I've been that mother where doctors have come in and said they need to put your son on the breathing machine.

"If there's a virus that will do that to him again it would be stupid not to get the vaccine.

"It's quite nerve wracking when people do not understand how high risk you are or what the impact of Covid could be for us."

Liam said: "The vaccine is made to help people and I think the positives will outweigh the negatives.

"I forgot I had the vaccine. I feel fine. I've not noticed it at all and it's going to help."