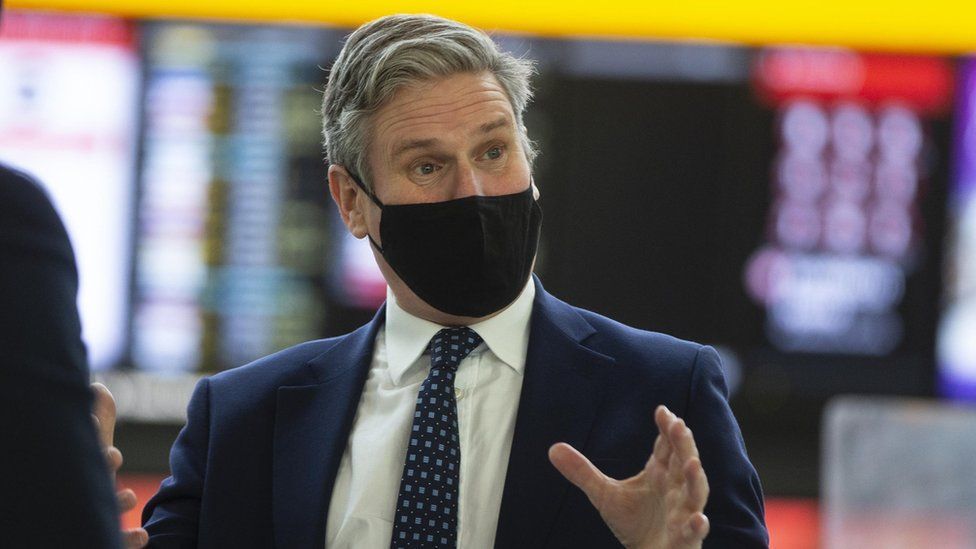 The Covid-19 crisis has shown the government needs to play a bigger role in the economy permanently, Labour's leader will argue on Thursday.

In a speech online, Sir Keir Starmer will say the pandemic has "shifted the axis" on the size of the state in a similar way to World War Two.

And he will add there cannot be a "return to business as usual" in the wake of the virus.

He will also call for business support to be extended at next month's Budget.

The government says it has spent £280bn to help the economy through the pandemic, including tax breaks, grants and wage support for workers.

Chancellor Rishi Sunak is due to set out the "next phase of the plan to tackle the virus and protect jobs" in his Budget speech on 3 March.

In his speech on Thursday, the Labour leader will accuse the Conservatives of creating an "insecure and unequal economy" that has been "cruelly exposed by the virus".

He will say the Budget will mark a "fork in the road," and argue for a new partnership between "an active state and enterprising business".

Sir Keir, who has faced criticism over his party leadership in recent weeks, will use the speech to set out new policies for "long-term security to the economy".

And he will try to keep up pressure on ministers ahead of the Budget by reiterating his party's calls for the government to:

*  Give local councils "the funding they need" to avoid having to use new powers to raise council tax by up to 5%.

He will say: "To invest wisely and not to spend money we can't afford. Those are my guiding principles."

"But I think that Covid has shifted the axis on economic policy: both what is necessary and what is possible have changed," he will add.

"The age in which government did little but collect and distribute revenue is over. The mistakes of the last decade have made sure of that.

"I believe people are now looking for more from their government - like they were after the Second World War."

He will say the pandemic should provide a "call to arms" akin to the WW2-era Beveridge report, which laid the foundations for the UK's welfare state.

And he will say the damage to the British economy from Covid has been worsened "because the foundations of our society had been weakened over a decade".

A Budget had been expected to take place in autumn last year, but it was delayed until next month because of the coronavirus pandemic.

Covid restrictions have prompted the government to spend billions in unprecedented interventions aimed at keeping the economy afloat during the crisis.

These have included the furlough wage support scheme to help firms pay employees, and grants for people who are self-employed.

Support for the economy has pushed borrowing for this financial year to £270.8bn - £212.7bn more than a year ago, according to latest official figures.

The chancellor is under pressure from MPs and industry groups to extend support measures - but also to spell out when and how the UK's debts can be paid down.