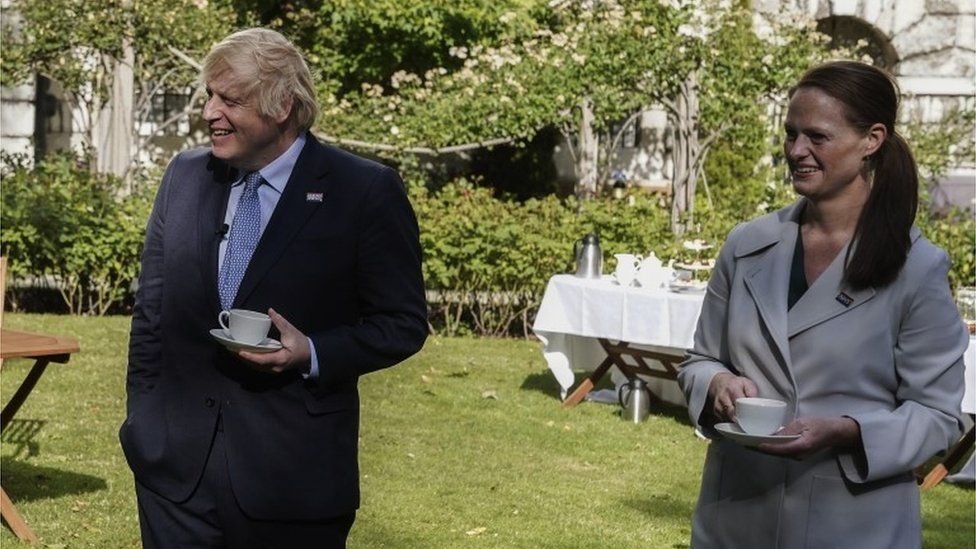 Covid: Nurse who cared for PM resigns from NHS

A nurse who cared for Boris Johnson when he was in intensive care with Covid has quit the NHS and criticised the government's handling of the pandemic and nurses' pay.

Jenny McGee said she was "taking a step back" from the NHS after her "toughest year" in the job, but hoped to return.

She told a Channel 4 documentary that nurses were not getting "the respect and now pay" they deserve.

The government has recommended a 1% pay rise for NHS staff this year.

Ms McGee also told the programme, The Year Britain Stopped, that "a lot of nurses" felt the government "hadn't led very effectively" and that there had been "indecisiveness" and "so many mixed messages".

She said it had been "very upsetting".

She told the documentary: "Yes, we have put ourselves on the line and we have worked so incredibly hard, and there's a lot of talk about how we're all heroes and all that sort of stuff.

"But at the same time, I'm just not sure if I can do it. I don't know how much more I've got to give to the NHS.

"We're not getting the respect and now pay that we deserve. I'm just sick of it. So I've handed in my resignation."

She gave the comments to the programme recently and a spokeswoman for the hospital confirmed she has now left.

In a statement released through Guy's and St Thomas' NHS Foundation Trust, Ms McGee said: "After the toughest year of my nursing career, I'm taking a step back from the NHS but hope to return in the future.

"I'm excited to start a nursing contract in the Caribbean, before a holiday back home in New Zealand later in the year.

"I'm so proud to have worked at St Thomas' Hospital and to have been part of such a fantastic team."

Ms McGee also told the documentary, being broadcast on 24 May, that Mr Johnson was surrounded by sick patients, "some of whom were dying", when he was admitted to hospital in April last year.

"I remember seeing him and thinking he looked very, very unwell," she said. "He was a different colour really."

She described it as a "surreal" time, and added that as Covid patients are complicated to look after, "we just didn't know what was going to happen".

After his release from hospital, Mr Johnson gave a statement in which he praised Ms McGee and fellow nurse Luis Pitarma for staying by his bedside all night.

She was invited to Downing Street in July for a garden party to celebrate 72 years of the NHS. In the documentary, the nurse said she was asked to take part in the clap for carers alongside the prime minister.

It would have been a "good photo opportunity" but she said she wanted to "stay out of it", adding: "Lots of nurses felt that the government hadn't led very effectively - the indecisiveness, so many mixed messages." 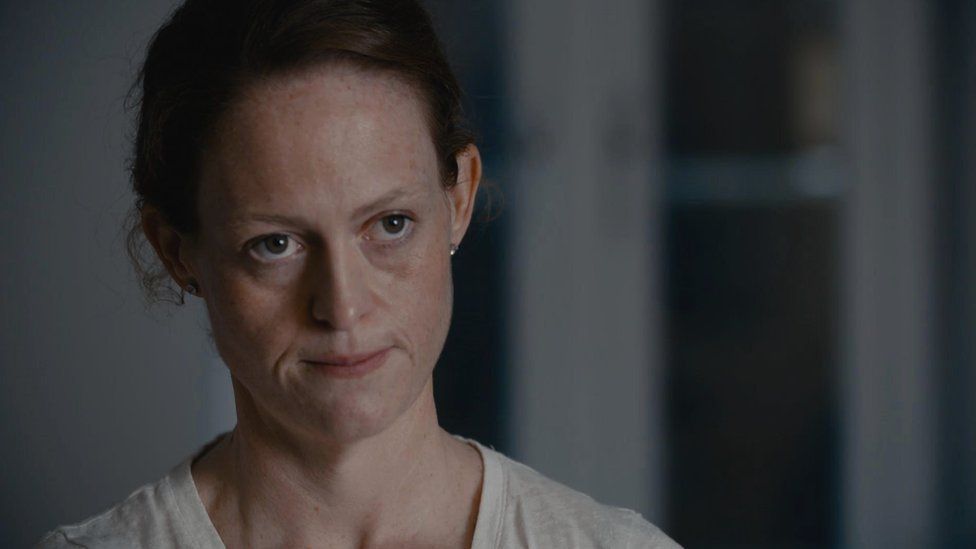 Downing Street said in a statement: "Our NHS staff have gone above and beyond over the past year and this government will do everything in our power to support them.

"We are extremely grateful for the care NHS staff have provided throughout the pandemic in particular."

But Labour leader Sir Keir Starmer said the nurse's decision to leave the NHS was a "devastating indictment of Boris Johnson's approach to the people who put their lives on the line for him and our whole country".

Pat Cullen, acting general secretary and chief executive of the Royal College of Nursing, said it was warning of "an exodus" from the profession. She said the government should "demonstrate its respect by giving nurses a fair pay rise for the skilled work they do".

Sara Gorton, head of health at the Unison union, said many more staff could quit "unless the prime minister sees sense over pay".