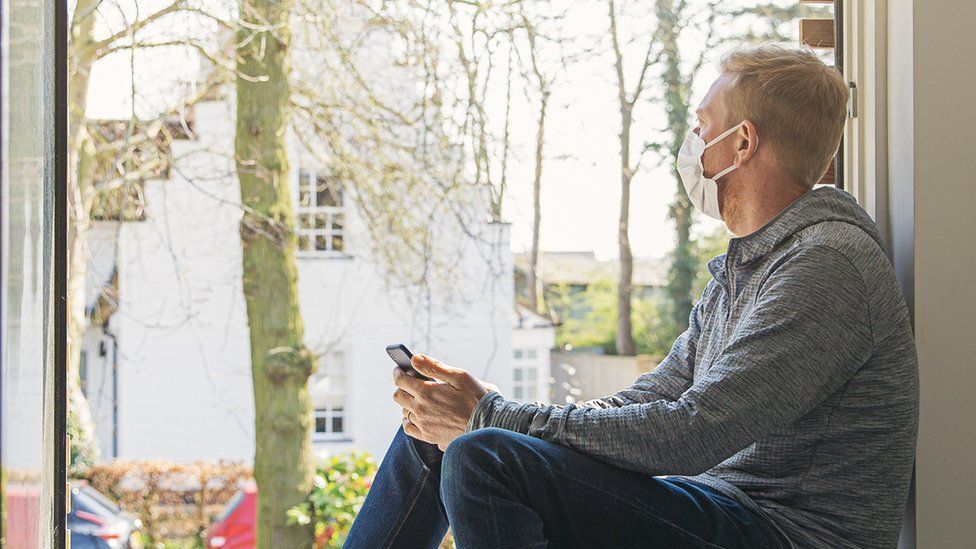 Covid: Millions could be self-isolating between now and 16 August

The delay to ending quarantine for fully vaccinated contacts of people with Covid could lead to millions being asked to self-isolate this summer.

The knock-on for the economy and workplaces, including the NHS, could be huge, ministers are being warned.

The government says close contacts who are double-jabbed will not have to isolate after 16 August in England.

But BBC analysis shows more than 4.5 million people could still be asked to self-isolate between now and then.

At Prime Minister's Questions, Labour leader Keir Starmer accused Boris Johnson of "ignoring the next big problem that's heading down the track" as he said "millions" would have to self-isolate as cases rose.

"It won't feel like freedom day to those who have to isolate, when they're having to cancel their holidays, when they can't go to the pub or even to their kid's sports day," he said.

Mr Johnson said the country was "moving to a system of testing rather than self-isolation".
Industry group UK Hospitality said the system was already causing "carnage". And chief executive Kate Nicholls added the government's plans did not go "far enough, quickly enough".

NHS Providers chief executive Chris Hopson said: "Trust leaders know self-isolation requirements are an ongoing source of frustration for some staff, particularly amongst those who have had both vaccinations, tested negative and want to support their colleagues at a time when there is very high pressure on staffing levels.

"There is a major risk that this situation will become more challenging after 19 July when all remaining restrictions are lifted, with the expectation that even more NHS staff will have to self-isolate as community infections rates spike. This is a real current cause of concern amongst trust leaders."

How many people will have to self-isolate this summer?

A conservative guess is that we might see 1.5 million cases in the four weeks after 19 July - that would be just over 50,000 cases a day on average.

About three close contacts have been identified for every Covid case reported, according to Test and Trace figures for England in the last month.

So, 1.5 million cases, each with about three contacts, gives us between four and five million contacts who might be asked to isolate between 19 July and 16 August.

And, once restrictions are lifted on 19 July and society opens up further, we might expect to see the numbers of contacts to rise.

This is a very rough calculation. The true figures could, of course, be lower or even higher.

But it's looking increasingly clear that millions of people will be close contacts of people with coronavirus and legally required to self-isolate in the weeks before England changes the rules.

So why are we doing it? Clearly there is a risk scrapping the self-isolation policy would push up the infection rate.

The hope is in another month the rise in cases will have peaked and the change would not be as risky.

England is seeing close to 25,000 cases a day on average with cases doubling every 10 days.

And with the remaining restrictions - such as social distancing, limits on the gatherings and the need to wear masks - set to be lifted on 19 July, ministers have warned the public they need to be braced for very high infection levels.

On Tuesday Health Secretary Sajid Javid warned there could be as many as 100,000 cases a day.

Business Secretary Kwasi Kwarteng has conceded the plan to keep self-isolation requirements in place after the end of other restrictions in England was "not a perfect solution".

He added: "You can't have it both ways. On the one hand we're saying we want to reopen but we're giving a measure of precaution in terms of delaying the lifting of self-isolation restrictions.

"It's a balance, it's not a perfect solution."

Under-18s, who are not currently entitled to the vaccine, will also no longer be required to self-isolate from 16 August if they are close contacts of a confirmed Covid case in England.

Other parts of the UK are also seeing rising rates, which will mean many people will be asked to self-isolate. But those nations have not announced what they plan to do about self-isolation as they open up.

Self-isolation for people who have symptoms will still be required in England.

It is defined by the government as a person who has been close to someone who has tested positive for Covid.

It can be anyone who: