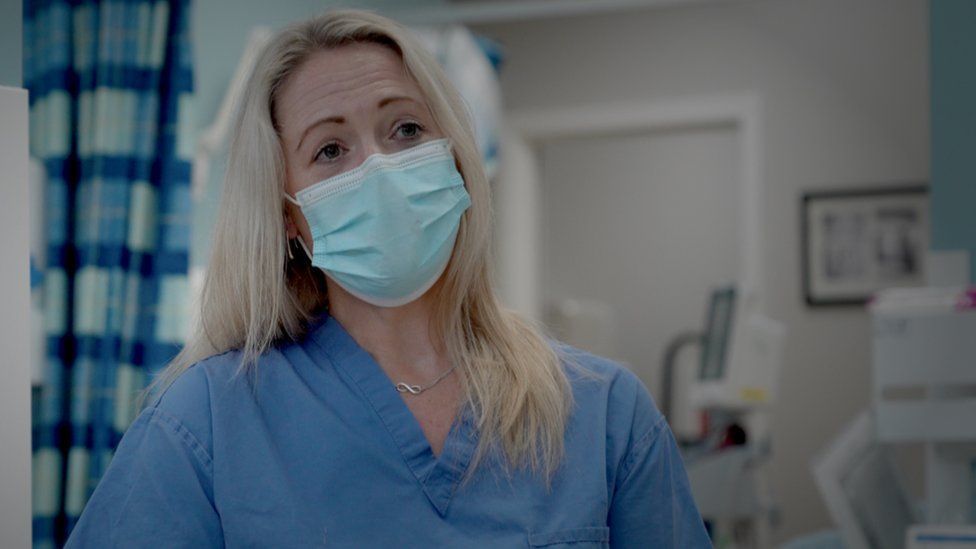 "We are planning for war and praying for peace."

Dr Catherine Monaghan, a consultant in respiratory medicine at the University Hospital of North Tees, has worked all through the pandemic's first and second waves and now is facing up to the bleak reality of a third Covid surge.

"We are absolutely gutted - it's really hard - I know the whole country wants this to be over - but the reality is that's not what is happening in the hospital," she said.

"People are still critically unwell with it - I cannot quite believe we're back at this stage again - it's really worrying."

Staff, already exhausted, she said, were demoralised at having to reopen a Covid ward which required full protective equipment.

"Nurses understandably are really distressed at having to go through this again - having to put on the full PPE - it's very stressful."

The hospital, in Stockton-on-Tees, currently has 22 Covid patients, five of whom are in intensive care. That is a lot less than the peak in January - but the number has increased sharply from just six in a single week.

The average ages are lower than during the first two waves, and at least two of the seriously ill patients are in their 30s and unvaccinated.

The north-east of England has seen a surge in cases with eight out of the current top 10 hotspots in the UK.

Almost all the cases nationally involve the Delta variant which first started surging in the north-west of England and Glasgow, so its spread through the North East is unsurprising. The demographics in urban areas are similar, with health inequalities and social deprivation and underlying health conditions leaving some patients vulnerable. 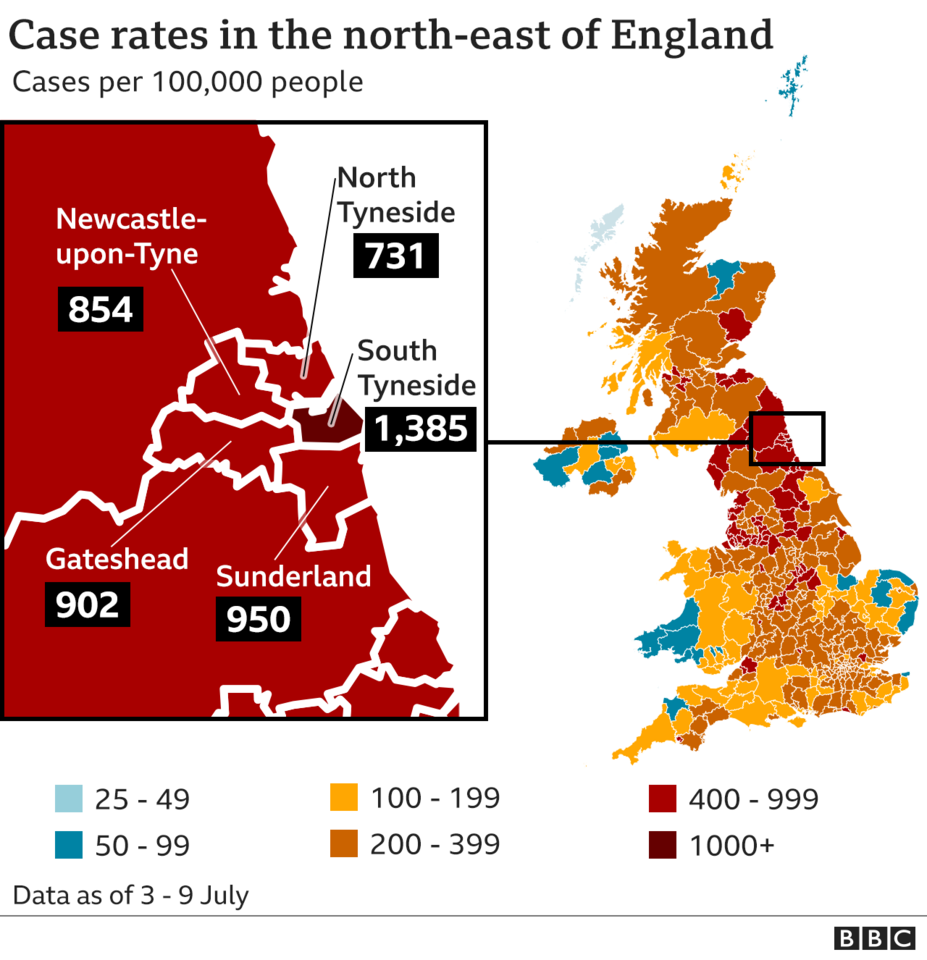 The number of hospital patients with Covid is above where it was in early April, a trend already seen in the north-west of England. Services are being stretched because of high demand and staff needing to isolate.

Health leaders in South Tyneside and Sunderland have made an appeal to the public to stick carefully to social distancing guidelines, to wear face masks in all health settings and to get the vaccine as soon as possible. Visits to adult wards have been suspended at three sites.

On Teesside there has been a plea to people to act with caution, and to continue with face coverings when recommended even after legal restrictions in England are lifted on 19 July.

Andy Preston, the elected mayor of Middlesbrough, told the BBC: "We are putting a message out in Middlesbrough that rates are ballooning. This thing is spreading like wildfire across the whole region.

"This is now about schools, it's about businesses, it's about jobs and it's about mental wellbeing. People are getting pinged on apps left right and centre. They are being frightened, confused, don't know what to do."

Local resident Sandra Forsyth told us that she regretted not getting vaccinated when she contracted Covid: "It's a nightmare. Out of breath. Just awful. I was hospitalised for a day and we've had the ambulance out to me as well because it's all on the chest."

She said she would get a jab as soon as possible and she urged others who hadn't done so to think again.

At the University Hospital of North Tees, they are continuing to provide normal cancer services and non-urgent care.

"We are coping, but I would say we are just coping. And if things get more serious I think it will be more difficult to deal with, and we may have to make difficult decisions about what we are treating. 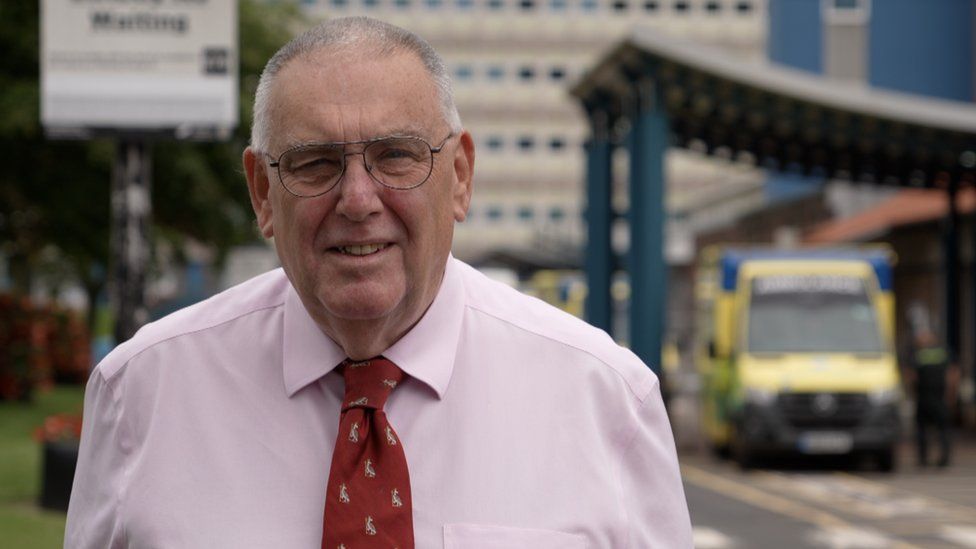 "We did have to stop our elective surgery programme last year because we needed the staff from theatre, who have the expertise in ventilation and looking after the critically ill, to look after patients with Covid."

Hospital staff say they understand the desire of people to regain some of the freedoms lost during lockdown, but they are worried about the implications if all social distancing is immediately abandoned.

Dr Monaghan says the NHS will cope but the behaviour of local communities from 19 July will determine how serious the challenge will be.

"We are praying that the public do maintain some sense of perspective on this - somewhere between everybody being locked down and getting what they want."