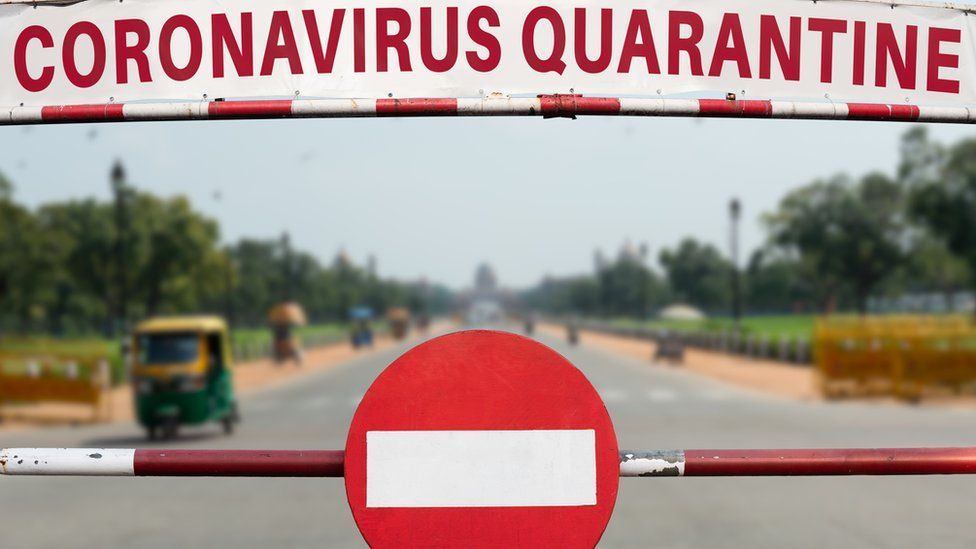 India has imposed mandatory quarantine for all UK nationals arriving in the country, even if they are fully vaccinated against Covid-19.

From Monday, British citizens will have to undergo ten days of home quarantine after arriving in India.

India's government said the change brought "reciprocity" to its rules.

There have been tensions between the two countries over the the Indian-made version of the AstraZeneca vaccine, known as Covishield.

Indians who are fully vaccinated with that jab must still quarantine on arrival in the UK.

But similarly-vaccinated travellers to the UK from many other countries are not facing the same restrictions.

Officials in the UK designated Covishield an approved jab last month after a major backlash in India against what many saw as a discriminatory rule.

It is India's primary vaccine, with more than 720 million doses given out so far. It is the same as the AstraZeneca jab used in the UK vaccine rollout.

New UK travel rules due to take effect on Monday dictate that travellers from a range of countries will not have to self-isolate if they are fully vaccinated.

But India is not on that list, which has prompted further protests and accusations of discrimination.