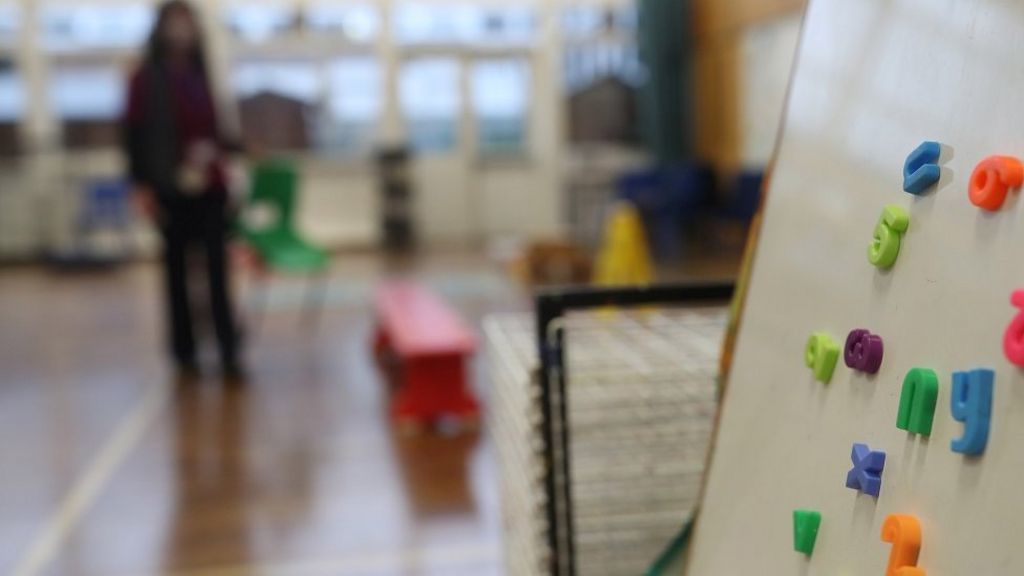 Covid in Scotland: Safety assurance ahead of pupils' return to schools

Education Secretary John Swinney has insisted it is safe for Scotland's youngest pupils to return to the classroom.

Children in early years education and the first three years of primary will go back to school on Monday.

It is the first step in a phased reopening of schools which have been closed to all but a minority of pupils since the beginning of January.

It followed concerns raised by the EIS teaching union and one epidemiologist about the measures put in place to reduce risk of transmission in schools.

The deputy first minister pointed to documents prepared by a government expert advisory group which states that younger children are less likely to catch or pass on the virus than older children and adults.

"I do believe it is safe to do what we are doing tomorrow and I base that view on the very detailed clinical analysis prepared for us by our education clinical advisory group that was published earlier on in February," he told BBC Scotland's The Sunday Show.

"The rates of infection amongst the youngest children, who will be the ones primarily going back to school tomorrow or back to early learning and childcare, are more than half those of the general presence within the population.

"We've got to look at all the evidence that supports such decisions but we've also got to take the measures to ensure absolute safety within the school and early learning childcare environment and that's exactly what our guidance is designed to do. " 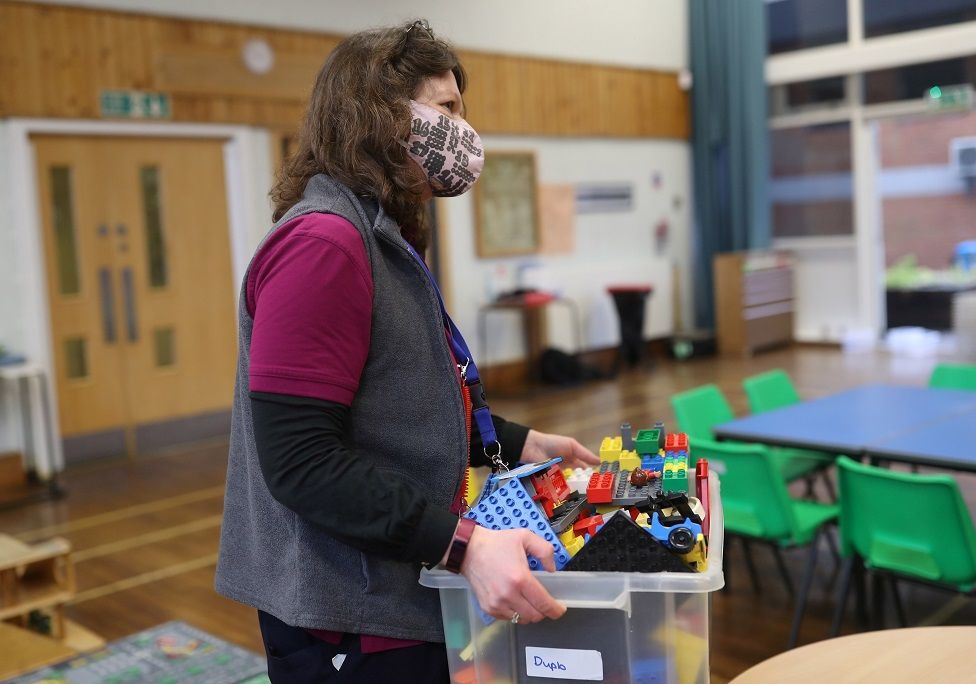 Other age groups will continue to learn from home and it is unlikely they will return to the classroom before 15 March at the earliest.

In primary schools measures to minimise the spread of the virus include regular hand-washing, open windows, and 2m physical distancing between adults, and between adults and children.

In a letter to parents from Professor Jason Leitch, the national clinical director, parents have also been asked to play their part in the safe return of the youngest children to school.

He asked them to:

* wear a face covering at drop off and pick up times, and in congested areas

* limit drop off and pick up times to one adult

* keep 2m away from other adults when waiting for children

* avoid car shares and limit use of public transport

* be vigilant for symptoms of coronavirus in the household and follow the Test and Protect guidance.

Urging parents not to relax the rules elsewhere, he reminded them that indoor play dates are not allowed - though children can play together outside.

And he said parents should continue to work from home if they are able to do so.

Mr Swinney said the behaviour of parents was important in keeping the R number - the rate of transmission - low.

"We've all got to play a part - not just the school environment - but the whole surrounding environment of society to make sure we do all that we can to suppress the virus because we don't actually have an awful lot of headroom between where the R level is just now - somewhere between 0.7 and 0.9 - and 1 where the virus begins to spread exponentially."

HIs safety assurance came after an epidemiology expert raised concerns about the knock-on effects of sending children back to school.

Speaking to The Sunday Show, she said children aged six and above should wear masks in schools and more attention should be paid to ventilation.

The EIS teaching union has also raised concerns about school safety and have said a blended learning model - with about half of pupils in classes at any one time - would be more appropriate.

Plans to reopen schools have been welcomed by opposition parties but the Scottish Conservatives have urged the government to publish plans for helping pupils catch-up with schooling they have missed.