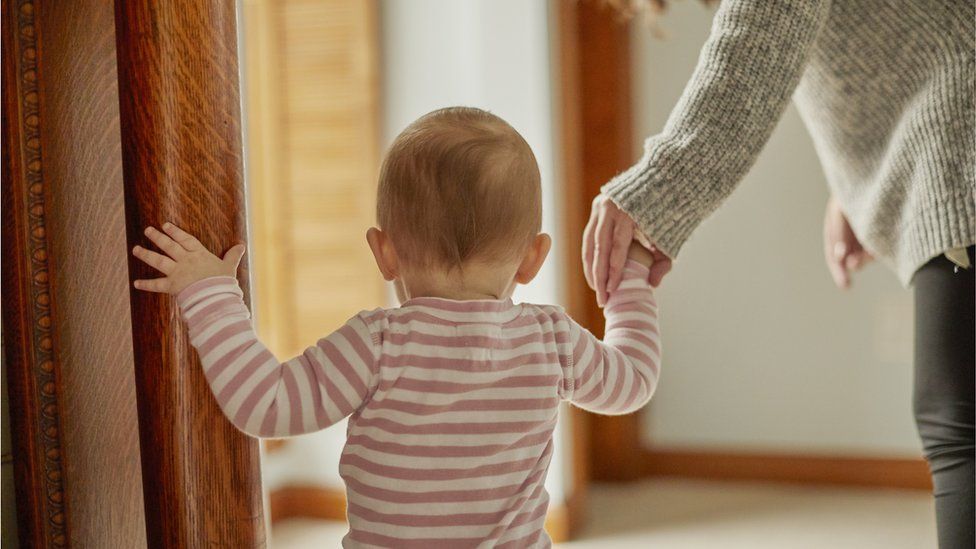 The charity Pregnant Then Screwed has lost its legal challenge against the government for indirect sexual discrimination over the amount of support self-employed mothers received.

The group said women who had maternity leave got less money due to the way the self-employment scheme was calculated.

In her ruling, the judge said the chancellor had properly considered the women's situation.

Pregnant Then Screwed said the judgment was "fundamentally flawed".

A spokeswoman said the verdict contained "serious legal errors" and that the group was considering its options for appeal.

"We are, of course, deeply concerned for the vulnerable new mothers who have had a much reduced payment compared to their male and childless counterparts, and are now really struggling over the winter," she said.

The Self-Employed Income Support Scheme (SEISS) was announced in March last year, along with the furlough scheme, to help salaried employees hit by the pandemic and lockdown restrictions.

Under the scheme, the Treasury made payments to the self-employed based on average profits made between 2016 and 2019, meaning an estimated 75,000 women who took maternity leave during that period would lose out on a proportion of the money.

On Wednesday, the court dismissed Pregnant But Screwed's legal challenge for the scheme to be reviewed.

In her judgment, Mrs Justice Whipple said the Treasury had "good reason for adopting an approach that was simple and which used one rule, one approach, applicable to all".

She said moving away from a method of calculation based on profits "would have involved expense and led to delay".

She also said she was satisfied the chancellor had considered "the plight of women who had recently been on maternity leave" when implementing the scheme and that the group had not been subject to indirect discrimination.

A Treasury spokesperson said: "Our package of support for the self-employed is one of the most generous in the world, and part of a £280bn investment to protect jobs and businesses during the pandemic.

"We've always tried to support as many people as possible through our schemes and will continue to do so. We welcome the court's ruling."