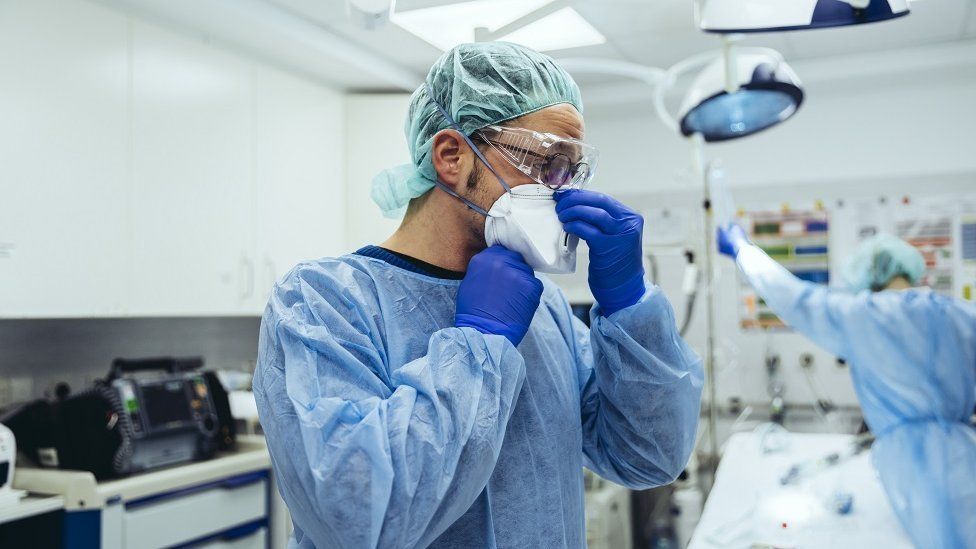 Labour is challenging the government to "clean up" how it awards contracts for Covid work.

In a speech on Monday, shadow Cabinet Office minister Rachel Reeves will say procurement during the pandemic has been "rife with conflicts of interest".

She will call for a new ethics watchdog to "guarantee standards" for spending public money.

The government said it has "robust rules and processes" to ensure that conflicts of interest do not occur.

During her speech, Ms Reeves is excepted to raise questions about contracts awarded to companies that she says have links to the Conservatives.

She will also call for the Freedom of Information Act to cover all new public service contracts outsourced to private firms.

It comes after a National Audit Office report last November found that more than half of contracts by the end of July 2020 had been awarded without competitive tender.

As the pandemic struck last spring, there was a scramble to ensure that hospitals and other care settings had adequate supplies of personal protective equipment.

The NAO found that companies recommended by MPs, peers and ministers' offices were given priority, although it concluded that these interests were properly declared.

The spending watchdog said the government was not transparent about how services had been awarded, and spending decisions had been inadequately explained.

The government said it was forced to act "at pace" at a time when "the world faced an unprecedented urgent situation" with supply chains under severe pressure.

A government spokesperson said: "As the National Audit Office has made clear, there is no evidence of ministerial involvement in procurement decisions or contract management. We have robust rules and processes in place in order to ensure that conflicts of interest do not occur.

"Contracts are awarded on a combination of price and quality, not the political or other affiliations of owners or stakeholders.

"During this unprecedented global pandemic, we have needed to procure contracts with extreme urgency to secure the vital supplies required to protect frontline NHS workers and the public. We make no apology for that.

"We have strict protocols in place for spending public money to ensure we get critical equipment to where it needs to go as quickly as possible, whilst also ensuring value for money for the taxpayer."

In her speech, Ms Reeves will accuse the government of having "eroded" transparency during the pandemic.

She will say that Labour would introduce a new Integrity and Ethics Commission to "guarantee standards in government".

She will also call for the creation of an "independent anti-corruption and anti-cronyism commissioner" to oversee how money is spent.

"The public is also paying a high price for this Government's mismanagement and waste, she will argue.

She will say the transparency changes advocated by her party would "clean up government contracting" and make the UK a "world leader in good governance".