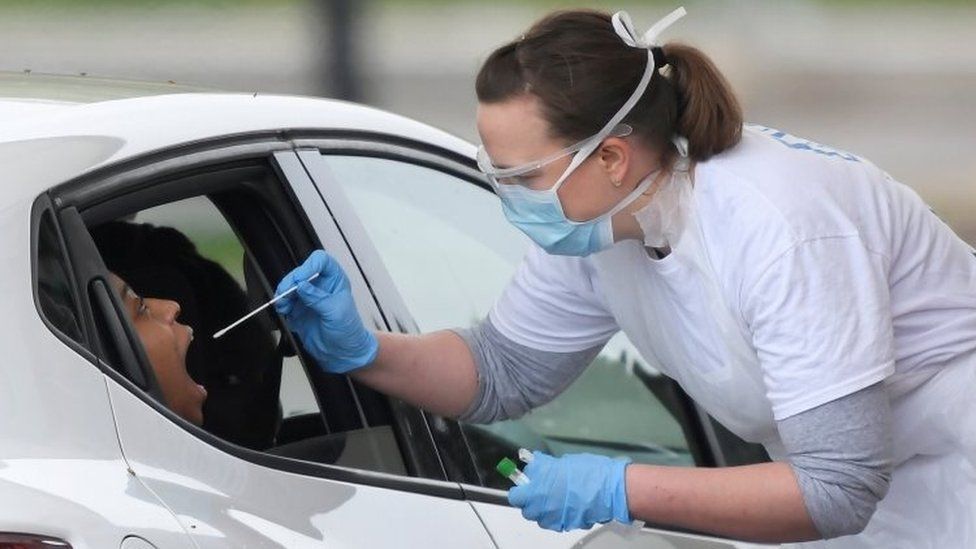 Covid: Cases in UK rise above 30,000 for first time since January

Coronavirus cases in the UK have risen above 30,000 for first time since January, official figures show.

Wednesday's data showed there had been a further 32,548 confirmed Covid cases.

And there were another 33 deaths reported within 28 days of a positive Covid test.

It comes as Boris Johnson has defended the government's approach to easing England's lockdown, saying the link between infection and serious disease and death has been "severed".

The prime minister has pledged to scrap most of England's coronavirus regulations at step four of the roadmap out of lockdown, expected on 19 July.

It means the government is now braced for a surge in coronavirus cases, possibly around 100,000 a day, as restrictions are lifted.

Speaking at Prime Minister's Questions, Mr Johnson said it was "certainly true" there was a "wave of cases because of the Delta variant" of the virus.

"But scientists are also absolutely clear that we have severed the link between infection and serious disease and death," he said.

"Currently there are only a 30th of the deaths that we were seeing at an equivalent position in previous waves of this pandemic."

However, on Monday the government's chief scientific adviser Sir Patrick Vallance was more cautious, saying vaccines had "weakened the link between cases and hospitalisations, but it's a weakened link, not a completely broken link". 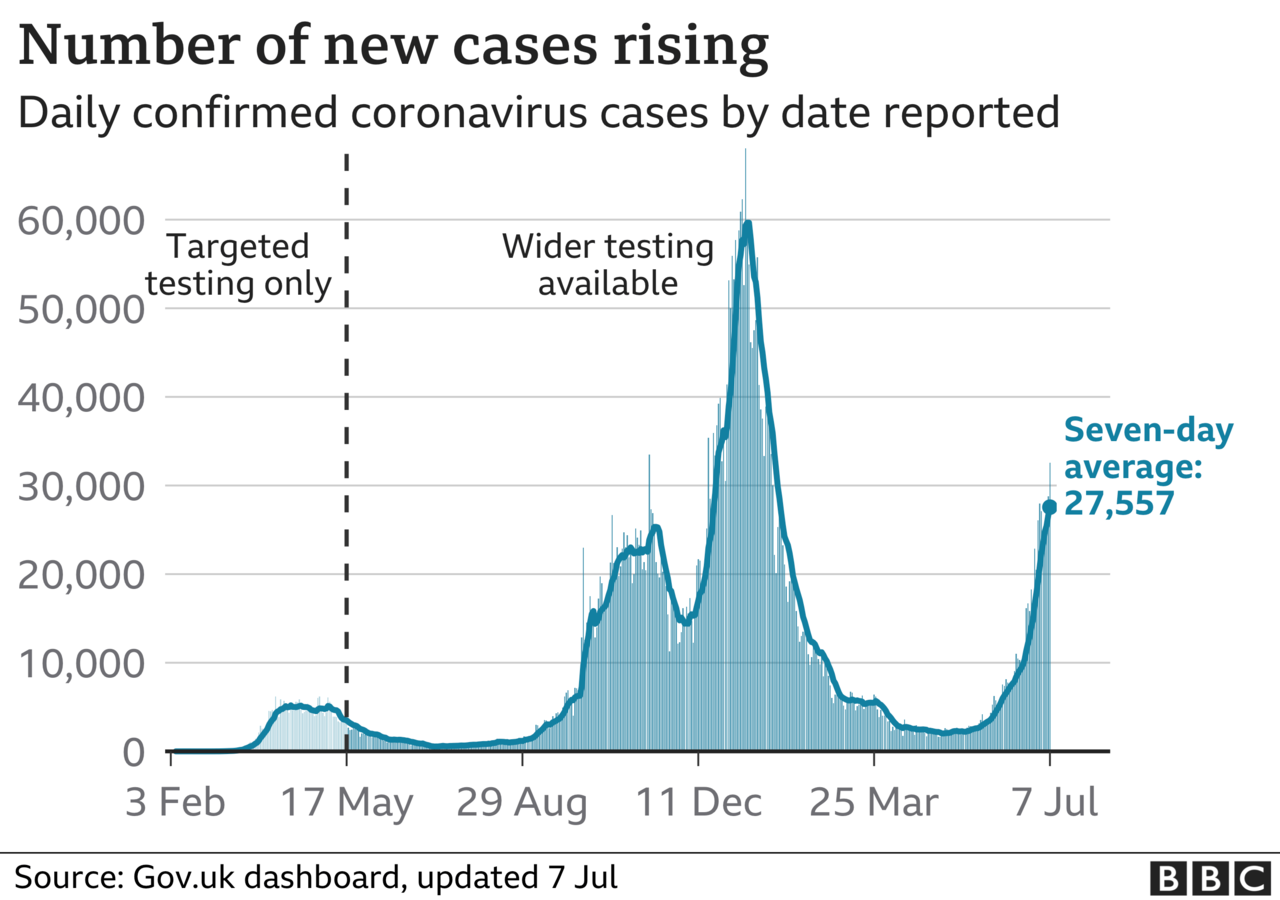 Wednesday's daily figure for Covid cases in the UK is above 30,000 for the first time since 24 January.

In terms of hospitalisations, England is seeing more than 330 admissions a day on average at the moment. The most recent day - Monday - saw 416 admitted.

As of Wednesday, 2,144 people are in hospital in England with Covid - the first time this figure has topped 2,000 since April.

Wednesday's case total represents an increase from 28,700 on Tuesday.

It is not unusual for there to be a big jump on a Wednesday as a result of a weekend effect - slightly less testing is done.

What's important is the trend. Week on week this represents a 43% rise. That is actually down on what has been seen recently. They are going up quickly, but not as quickly as last week.

It's too early to say whether that is part of a longer-term pattern. But what is certain is that government officials are watching this data like hawks.

The policy of opening up in England is based on the hope that the virus will soon hit the wall of immunity built up by the vaccination programme and natural infection.

Ministers have said we should be prepared to see 100,000 cases a day. But they are hoping this wave of infection peaks well before that.

Because while the vaccination programme has weakened the link between cases and hospitalisation, it has not broken it entirely.

On current trends that many infections would lead to 2,000 daily admissions - twice what the NHS would normally see in the depths of winter for all types of respiratory illness.

The PM has also defended the timescale for ending self-isolation for contacts of Covid, insisting it is a "sensible approach".

The government has said people who are fully vaccinated will not have to self-isolate if they come into contact with someone who has tested positive for Covid-19 from 16 August.

Giving evidence to the Commons Liaison Committee, Mr Johnson rejected the suggestion 16 August had been chosen because it was when the government expected the population to have reached herd immunity .

"That's not the consideration… it's the time by which we feel that there will have been much more progress on vaccination," he said.

And the PM said to do it any sooner would "effectively be allowing many more people to be vector of disease."

"All decisions are a balance of risk," he said.

Meanwhile, World Health Organization emergencies director Dr Mike Ryan has urged countries to use extreme caution when reopening their economies from Covid restrictions so as "not to lose the gains you have made".

Asked at a briefing if the UK was aiming for herd immunity, Dr Ryan said: "I'm not aware that that's the logic driving our colleagues in the United Kingdom, I suspect it's not.

He said the argument that it was better to infect more people was morally empty and epidemiologically stupid. 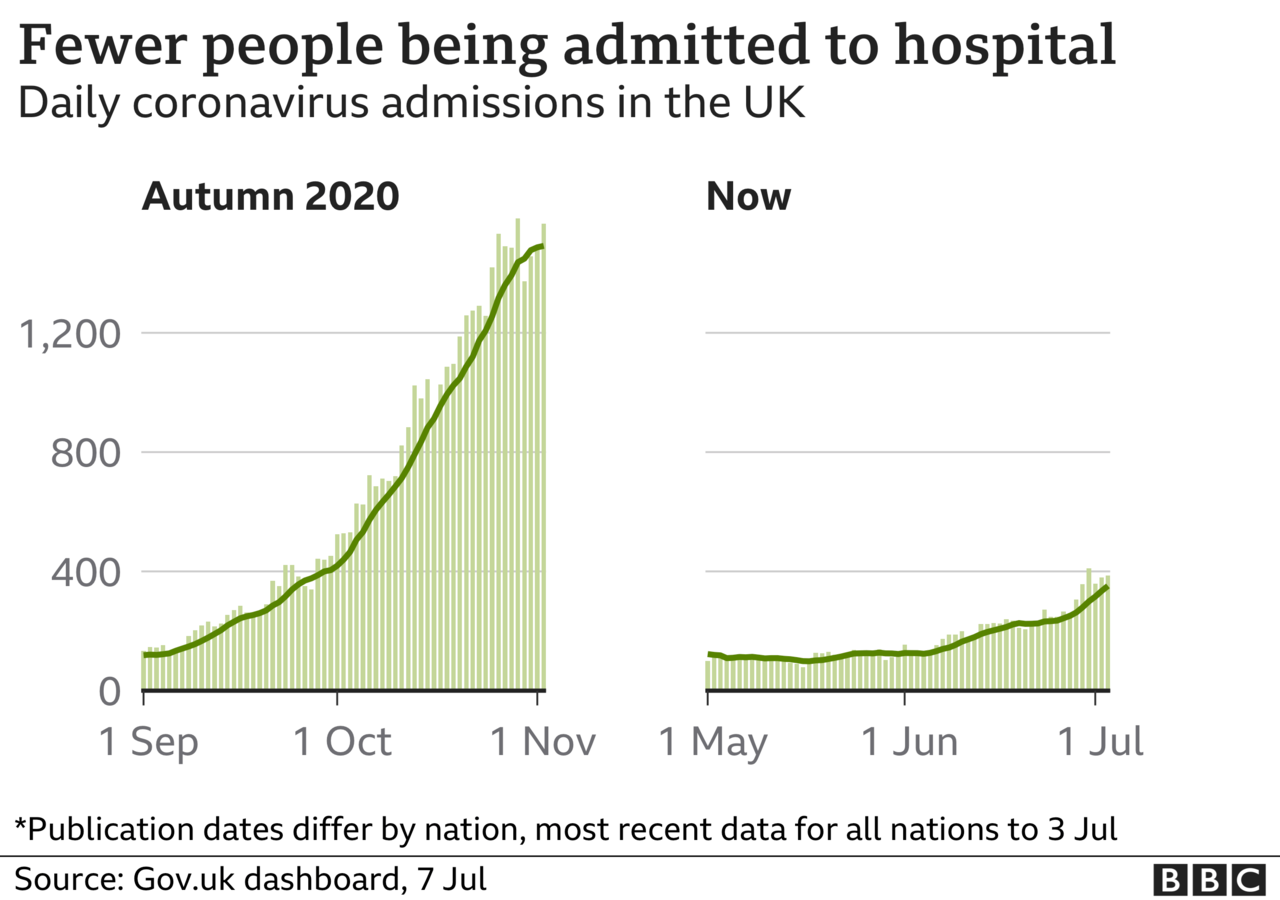 Labour's leader Sir Keir Starmer has warned the prime minister he is leading the country into a "summer of chaos and confusion" over plans to ease lockdown.

At PMQs, he said the country should open up "in a controlled way" and urged Mr Johnson to ensure masks still have to be worn on public transport.

Face masks will no longer be legally required and distancing rules will be scrapped at the final stage of England's Covid lockdown roadmap.

The lifting of rules on 19 July will be confirmed next Monday after a review of the latest data.