Flu and Covid have put "massive pressure" on the NHS and reducing backlogs caused by the pandemic will "take time", Health Secretary Steve Barclay has said.

Speaking amid mounting concern over hospital delays, he said the government was working on freeing up beds.

He said this would relieve pressure in A&Es and on ambulance services.

It comes as a woman who waited 25 hours to be seen at an emergency department told the BBC it was "like a war movie".

Mr Barclay said people with conditions like heart disease had been reluctant to come forward for support at times during the pandemic - and this was a major factor in the demands now being seen.

He acknowledged the NHS was facing huge challenges, but said the government was providing extra funding to help.

This includes a £500m winter fund that has been set up to help hospitals discharge patients who are medically fit to leave but cannot because of a lack of support available in the community.

And he added: "We are so focused on getting people out of hospital who do not need to be there." 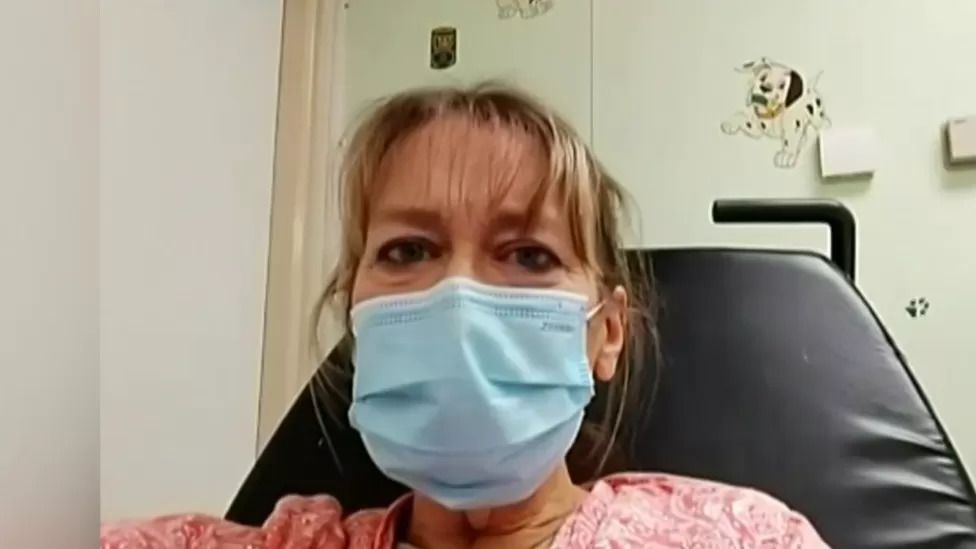 Annette Fury, who spent 13 hours in an ambulance and another 12 waiting in A&E, described the scene at a hospital as like 'a war movie'
Downing Street said the government had been "up front" with the public about the pressure the NHS would face.

The prime minister's official spokesman acknowledged that "for a number of people seeking to access the NHS this winter it will be very difficult".

He said the service was facing an "unprecedented challenge" but insisted the government was doing "everything possible" to ease pressure.

"I think we are confident we are providing the NHS with the funding it needs," he said, adding the NHS was already "maximising its number of beds" to free up capacity.

In recent days, a number of hospitals have declared critical incidents, suggesting they cannot function as usual because of extraordinary pressure.

Senior doctors have described the NHS as on a knife edge, with some accident and emergency units in a "complete state of crisis".

One patient, Annette Fury, described the situation in A&E after she suffered a seizure from bacterial meningitis and was blue-lighted to a hospital in the West Midlands.

Once there, she spent 13 hours in an ambulance and then another 12 waiting in A&E.

"It was like a scene from a war movie," she told BBC News. "There were people sitting on the floor, people on trollies everywhere. It was just horrendous."

She added she wanted to "highlight to the government how dangerous the situation is".

She said: "What I would like to do is invite a government minister to come in - even for six hours - and to observe what goes on here," she said.

There have been sharp rises in the numbers of people in hospital with Covid and flu in recent weeks - about one in eight beds in England is now occupied by patients with these infections. 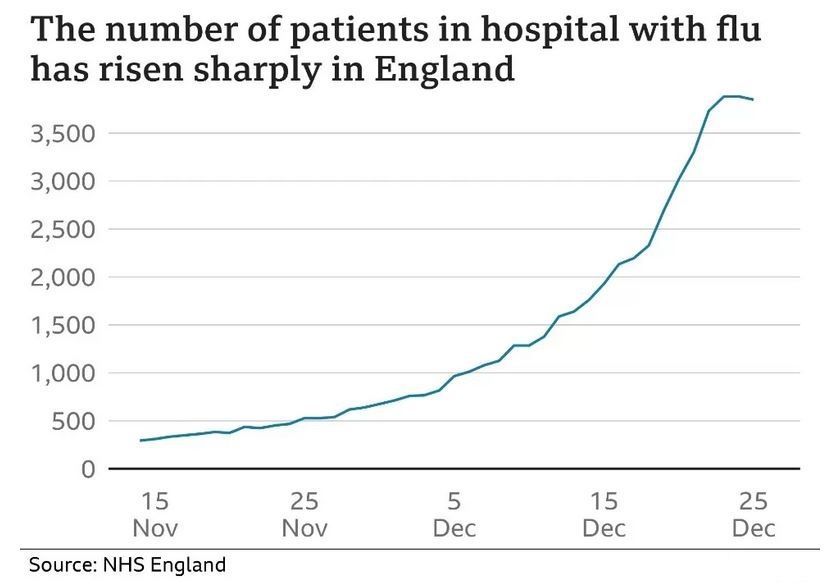 Labour criticised the government's management of the health service, while the Liberal Democrats called for Parliament to be recalled early.

MPs are due back at Westminster next Monday, following their Christmas break.

Prof Phil Banfield, who chairs the British Medical Association, which represents doctors, called on the government to "step up and take immediate action".

The situation was "intolerable and unsustainable", he said, with the NHS's survival on a knife edge and patients needlessly dying because of a political choice.

Richard Webber, of the College of Paramedics, said the current situation was the worst in his 30-year career.

"I've never known anything like it," Mr Webber said.Meanwhile, the UK Health Security Agency (UKHSA) has reiterated the importance of people wearing masks if they are ill and need to go out.

The UKHSA has also asked parents to keep children off school if they have a fever. 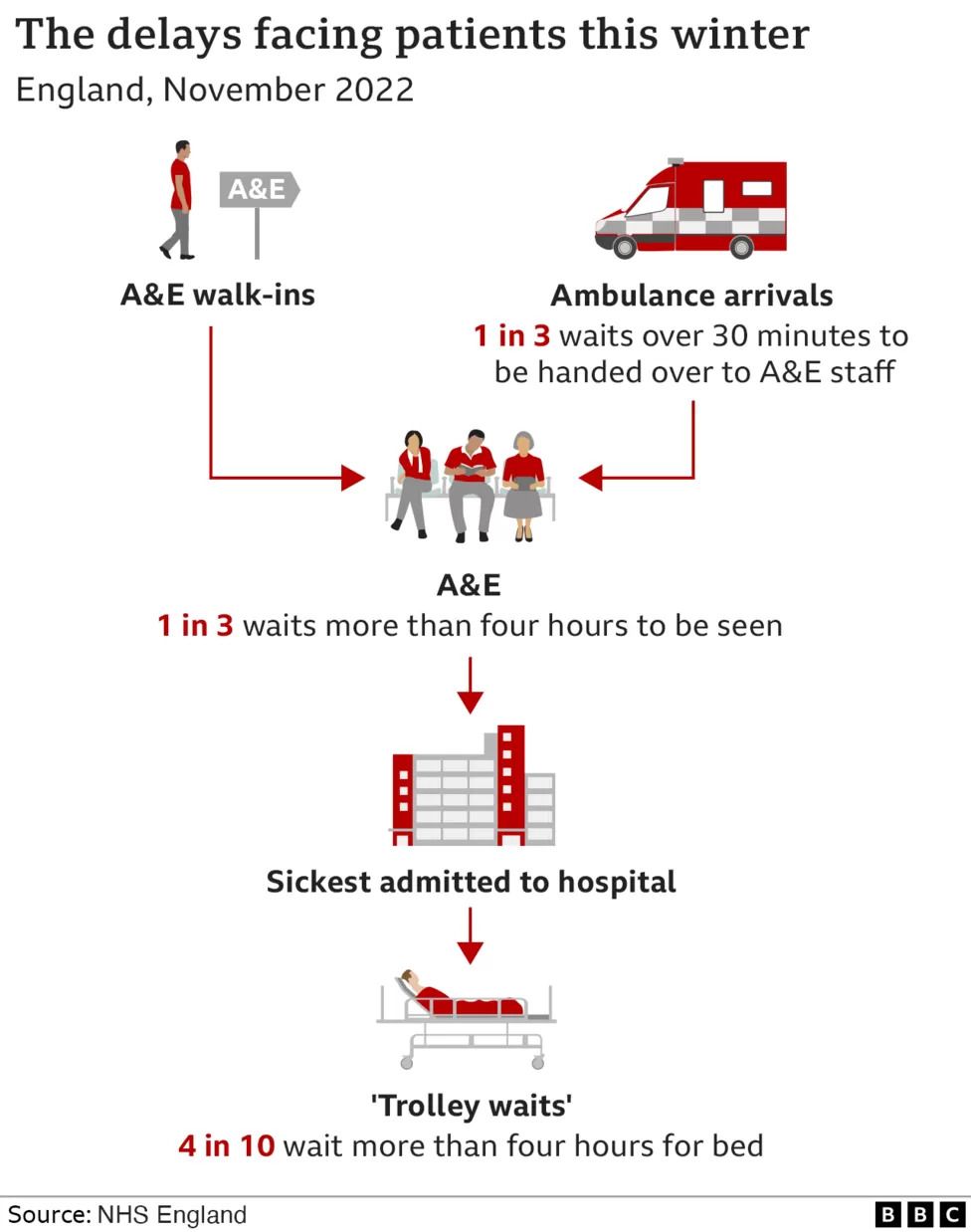