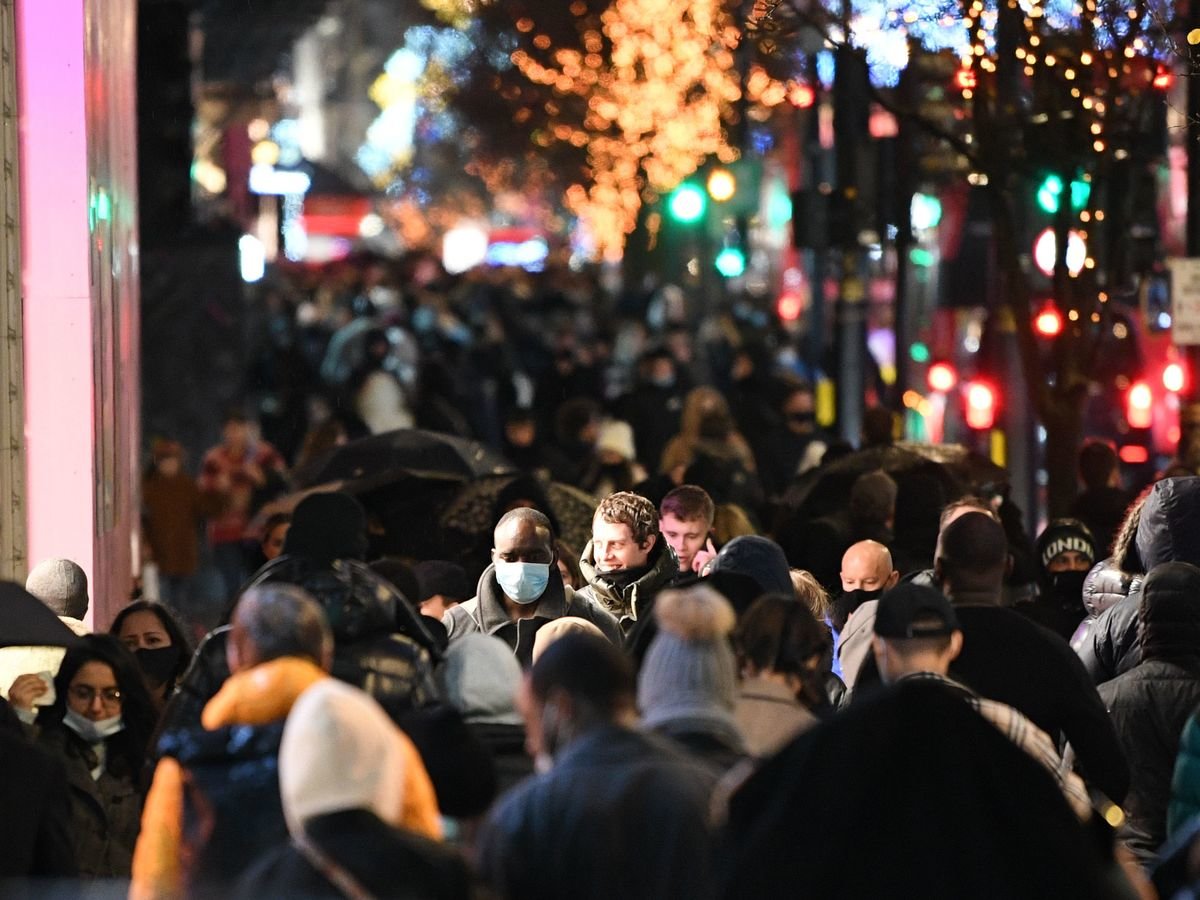 A further 20 million people in England will join the toughest tier of Covid restrictions from Thursday.

The Midlands, North East, parts of the North West and parts of the South West are among those escalated to tier four.

And secondary schools across most of England are to remain closed for an extra two weeks for most pupils.

The public must "redouble" its efforts at this "critical moment", the PM said, before adding he was confident things will be "very much better" by 5 April.

"All of these measures in the end are designed to save lives and protect the NHS," he said at a Downing Street briefing. "For that very reason, I must ask you to follow the rules where you live tomorrow night and see in the new year safely at home."

Earlier, the Oxford-AstraZeneca vaccine was approved for use in the UK, with the first doses to be given on Monday.

But Boris Johnson warned that people should not "in any way think that this is over" as "the virus is really surging".

His comments came as a further 50,023 new Covid cases were recorded in the UK on Wednesday, as well as 981 more deaths within 28 days of a positive test - more than double Tuesday's total.

Under tier four rules, non-essential shops, beauty salons and hairdressers must close, and people are limited to meeting in a public outdoor place with their household, or one other person.

Health Secretary Matt Hancock told MPs that rising cases across England mean it is "therefore necessary to apply tier three measures more broadly too, including in Liverpool and North Yorkshire".

In tier three areas, household mixing is banned indoors and in private gardens, while the rule of six applies in public spaces. Shops, gyms and personal care services can remain open, but hospitality settings must close except for takeaway.

All of the tier changes will come into effect at 00:01 GMT on Thursday 31 December. 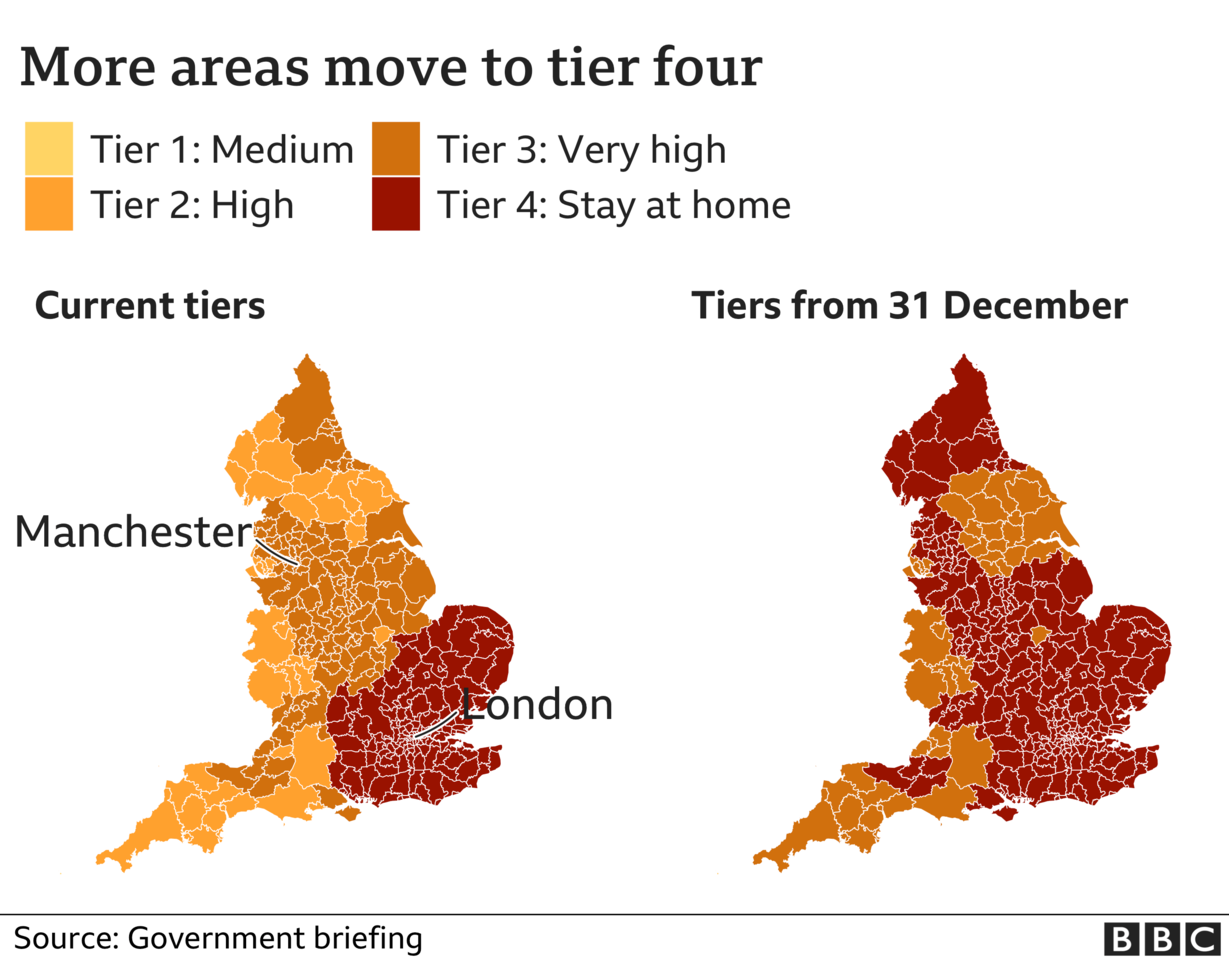 Following his colleague in the Commons, Education Secretary Gavin Williamson said secondary schools across most of England will remain closed for an extra two weeks for most pupils.

He added that exam-year pupils will return a week earlier than their schoolmates in the week of 11 January, and in a small number of areas with the highest infection rates, primaries will remain closed temporarily.

Commenting on the delay, the prime minister said: "We must face the reality, the sheer pace of the spread of this new variant, requires us now to take even tougher action in some areas, and that does affect schools."

Speaking to the BBC earlier, Mr Johnson said that 60% of UK coronavirus cases were now the new, more transmissible, strain of Covid-19.

Asked by political editor Laura Kuenssberg if the government had been too slow to act, he said: "What we, unfortunately, were not able to budget for was this this new variant."

He added: "It's spreading rapidly from the places where it's started, in the east of London and in Kent. And, alas, it's starting to seed across the country."

The areas joining tier four from Thursday are:

The areas joining tier three are:

It is a bitter-sweet day. News of approval for a second Covid vaccine has been followed by more restrictions.

It means, with the exception of a few pockets, the whole of the UK is pretty much in lockdown.

The fear now is that this will become the status quo for weeks.

Hospitals are clearly struggling, with close to 24,000 patients in hospital with Covid - that's around one in five beds.

Until those numbers start coming down, the restrictions are likely to stay in place.

The jury is still out on how significant the impact of these will be on the new faster-spreading variant.

If the effect is limited, a quick rollout of the vaccine is crucial for not just saving lives but returning the country to some normality.

The approval of the Oxford-AstraZeneca vaccine is vital. It is easier to store and distribute than the Pfizer-BioNTech jab and there are already millions of doses in the country.

A network of local vaccination centres are also ready to go with GPs believing they can vaccinate two million people a week reasonably comfortably if there is good supply.

With global demand for vaccines and the ingredients and facilities needed to produce them, it is clear where the biggest hurdle now lies.

Announcing the rule changes, Mr Hancock said: "I know that tier three and four measures place a significant burden on people, and especially on businesses affected, but I am afraid it is absolutely necessary because of the number of cases that we've seen."

"It's having a huge impact on families and small businesses," he added.

Meanwhile, a statement on behalf of nine council and other leaders in the north-east of England urged the government to replace its regional approach with a national lockdown "to ensure the spread of the new variant is slowed and efforts can be focused on the crucial roll-out of the vaccine".

"This is a national problem and a national solution is required now," they added.

Elsewhere in the UK, Wales and Northern Ireland are both in lockdown, as is mainland Scotland. 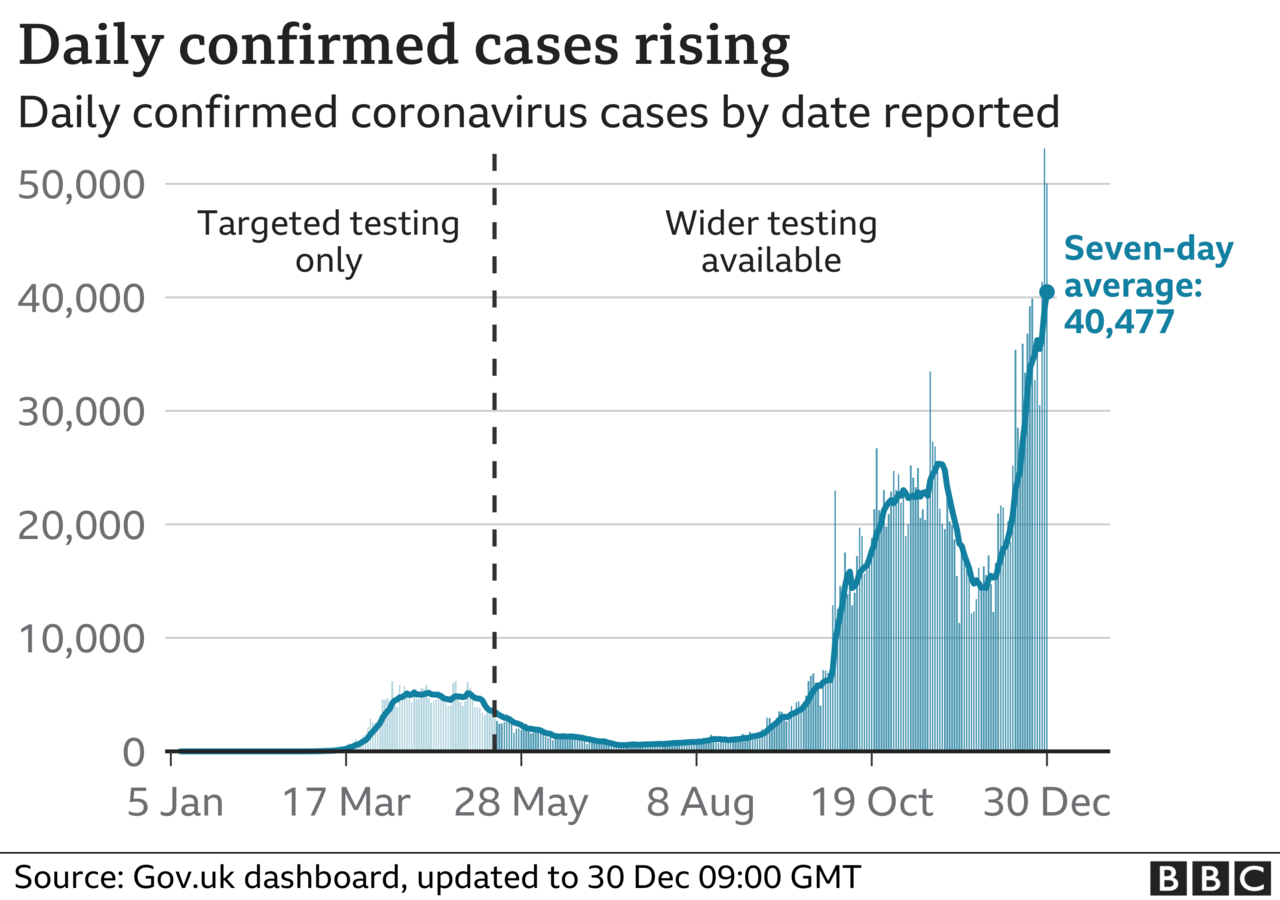 The approval of the Oxford vaccine - of which the UK has ordered 100 million doses - means vaccination centres will now start inviting patients to receive the first of their two doses from next week.

Priority groups for immunisation have already been identified, starting with care home residents, the over-80s, and health and care workers.

The health secretary told the Commons the UK already has 530,000 doses available from Monday, "with millions due from AstraZeneca by the beginning of February".

He added that the "clinical advice is that the Oxford vaccine is best deployed as two doses up to 12 weeks apart".

More than 600,000 people in the UK have been given the Pfizer-BioNTech jab since Margaret Keenan became the first person in the world to be given a Covid vaccine outside a clinical trial.

It is hoped that about two million patients a week could soon be vaccinated with the two jabs that have now been approved.

Prof Jonathan Van-Tam - the deputy chief medical officer for England - said that both Pfizer and AstraZeneca were currently testing to see if their vaccines worked against the new Covid strain.

However, it could be 12 to 14 days before either company can give a "solid steer", he added.