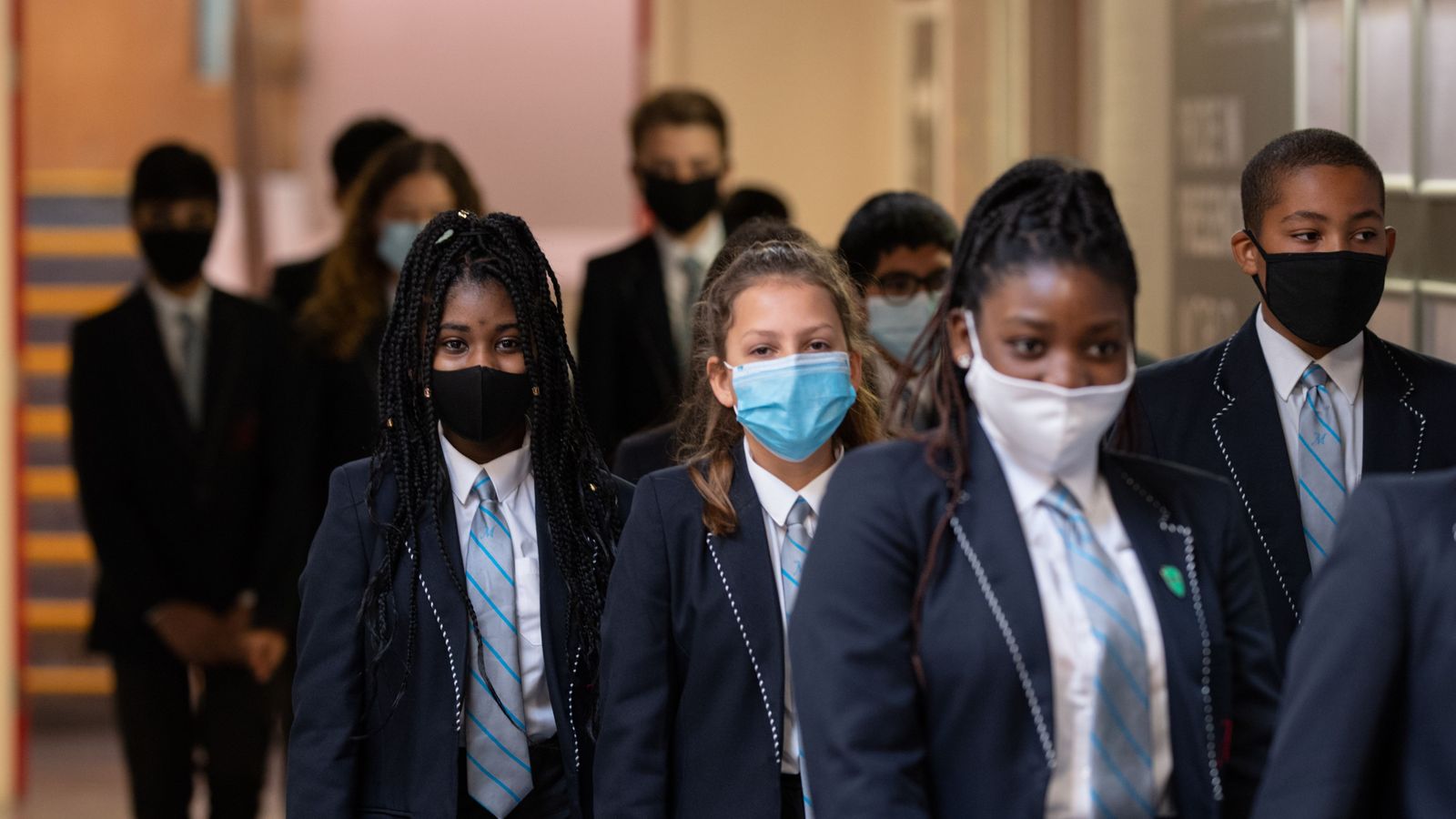 COVID-19: Teachers 'have legal right not to return to school' as govt insists remote education 'a last resort'

The National Education Union says all primary schools should remain closed for at least two weeks following the Christmas break.

The government has said it will only close schools and move to "remote education" as a last resort - after a leading union said teachers have a legal right not to return to classrooms due to the spread of COVID-19.

The National Education Union (NEU) has said all primary schools should remain closed for at least two weeks following the Christmas break, and is urging Education Secretary Gavin Williamson to move all learning online as infections continue to rise.

The government's handling of the situation has prompted the National Association of Head Teachers (NAHT) union, along with the Association of School and College Leaders, to make preliminary steps in legal proceedings.

It comes after an embarrassing government U-turn, which means all primary schools in London will remain shut next week to contain the new, highly transmissible variant of the coronavirus.

A Department for Education spokesperson said: "Children's education has consistently been a national priority, which is why we want classrooms to reopen wherever possible in the new term.

"Schools will continue to implement appropriate safety measures to help mitigate the risk of transmission.

"As we've said, we will move to remote education as a last resort, with involvement of public health officials, in areas where infection and pressures on the NHS are highest."

The NAHT union's legal action covers a range of issues including "the scientific advice the government is drawing on" as well as proposals for testing in schools.

Paul Whiteman, general secretary of the NAHT, said the union has asked the government to "share the evidence" behind compulsory mass testing, regional differences, and "the distinctions drawn between primary and secondary schools".

"In large parts of the country, control of infection has been lost and the lack of understanding regarding the new strain has now created intolerable risk to many school communities," he said.

The union said it is now waiting for the government's response. 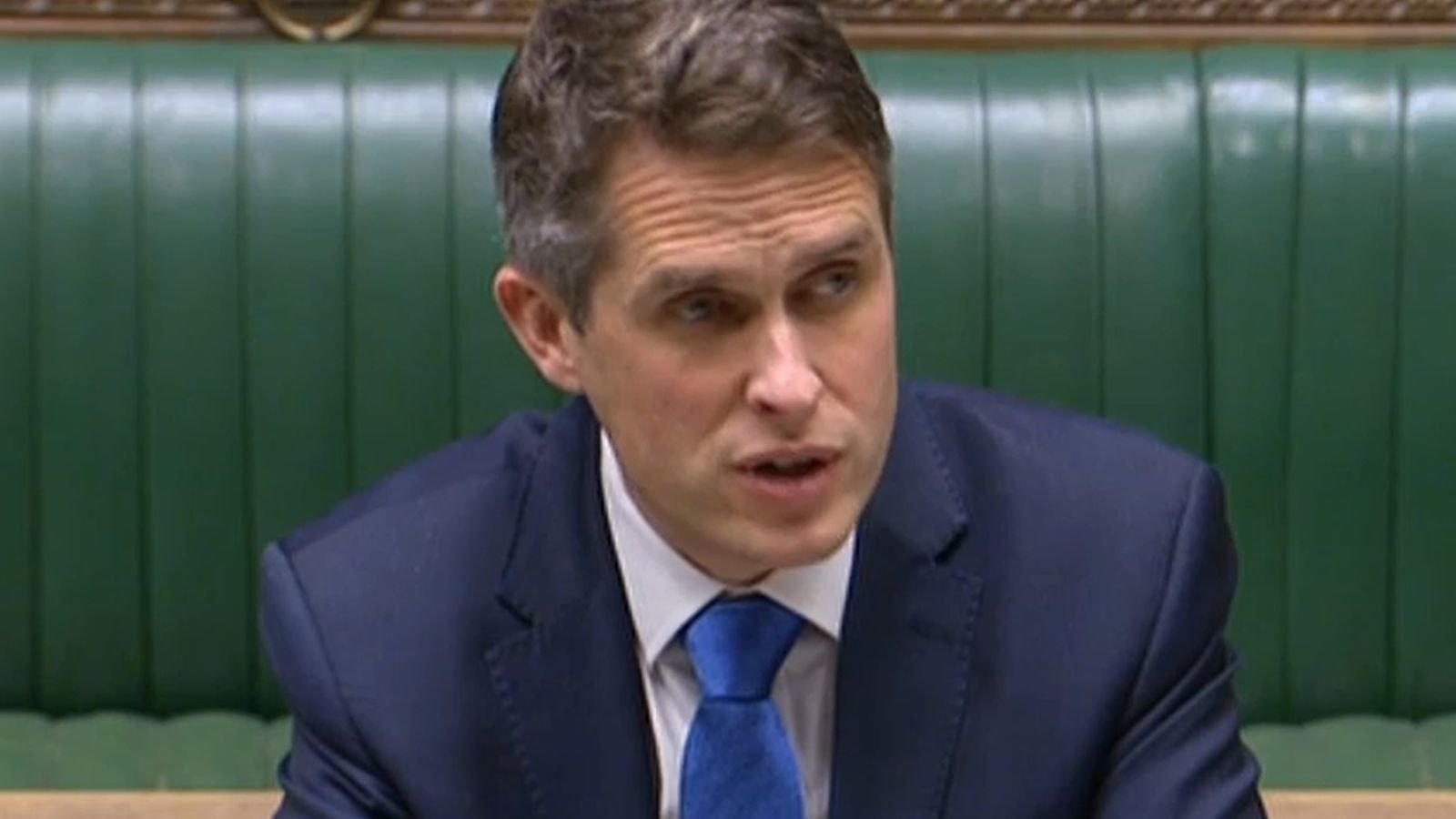 Kevin Courtney, the NEU's joint general secretary, said its members have "a legal right to refuse to work in unsafe conditions which are a danger to their health and to the health of their school communities and more generally".

He said: "We are calling on Gavin Williamson to actually do what he professes he does - to follow the science and announce, now, that primary schools in England should move learning online - apart from key worker and vulnerable children, for at least the first two weeks of January.

"Whilst we are calling on the government to take the right steps, as a responsible union we cannot simply agree that the government's wrong steps should be implemented."

The NASUWT union has also called for an "immediate nationwide move to remote education" for all pupils.

The Association of School and College Leaders has also added its voice to calls to keep classrooms closed, with its general secretary, Geoff Barton, saying: "We are calling for a short period of remote education in order to protect all concerned and allow time for the government to work with the profession on a joint plan for safe opening.

"We fully support keeping education functioning as fully as possible during the COVID crisis but this has to be done safely, or the long-term consequences and disruption will be much worse."

Mr Williamson said on Friday that primary schools in all 32 London boroughs will remain shut next week - rather than just those in certain boroughs as he had announced days earlier.

He also signalled more schools outside London could close by warning that the list of closures is being kept under review.

In Brighton and Hove, schools have been advised by the local council to implement remote learning until the 18 January, arguing its COVID-19 infection rate is now 500% higher than it was at the beginning of December.

"As infection rates rise across the country, and particularly in London, we must make this move to protect our country and the NHS. We will continue to keep the list of local authorities under review, and reopen classrooms as soon as we possibly can."

Dr Mary Bousted, joint general secretary of the NEU, suggested that a two-week closure could allow viral levels to go down after a period over Christmas when mixing may have raised infections.

"Schools are going to find this incredibly difficult to get this up and running in time and to do it as well as public health would be doing it because they're health professionals," she said.