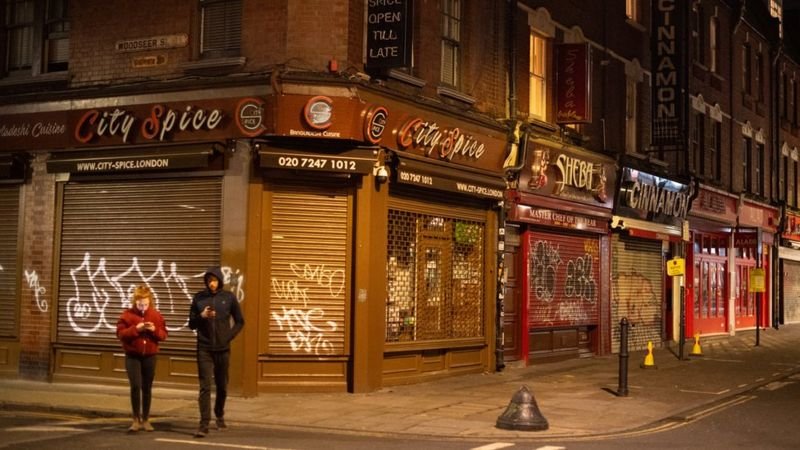 The next two weeks will be "absolutely crucial" if England's lockdown is to end as planned on 2 December, a government scientific adviser has said.

Prof Susan Michie said the public must resist breaking the rules in order to "be in a position" to spend the festive period with loved ones.

News of a potential vaccine would make "no difference" to the current wave but could lead to complacency, she added.

The prime minister has said the current restrictions will "expire" next month.

Prof Michie, a member of the Scientific Advisory Group for Emergencies (Sage), told BBC Radio 4's Today programme it was too early to know what should replace the measures when they end, with the coming fortnight being key.

She said: "They're going to be a very challenging two weeks, partly because of the weather, partly because, I think, the promise of a vaccine may be making people feel complacent."

But she said data showed adherence to lockdown rules had been "pretty steady since the summer".

It comes as the UK recorded a further 26,860 Covid cases on Saturday, along with 462 deaths within 28 days of positive test.

Pubs, bars and restaurants as well as non-essential shops have been forced to close during the four-week lockdown in England.

Boris Johnson has previously insisted the measures will end as scheduled but Cabinet Office minister Michael Gove has said measures could last beyond 2 December.

Prof Michie said people had to "get their resolve together" and resist any urge to break the rules, in order to maximise the chance of leaving lockdown.

However, she said she was "quite hopeful" after tough measures in Wales and Northern Ireland brought transmission rates down. 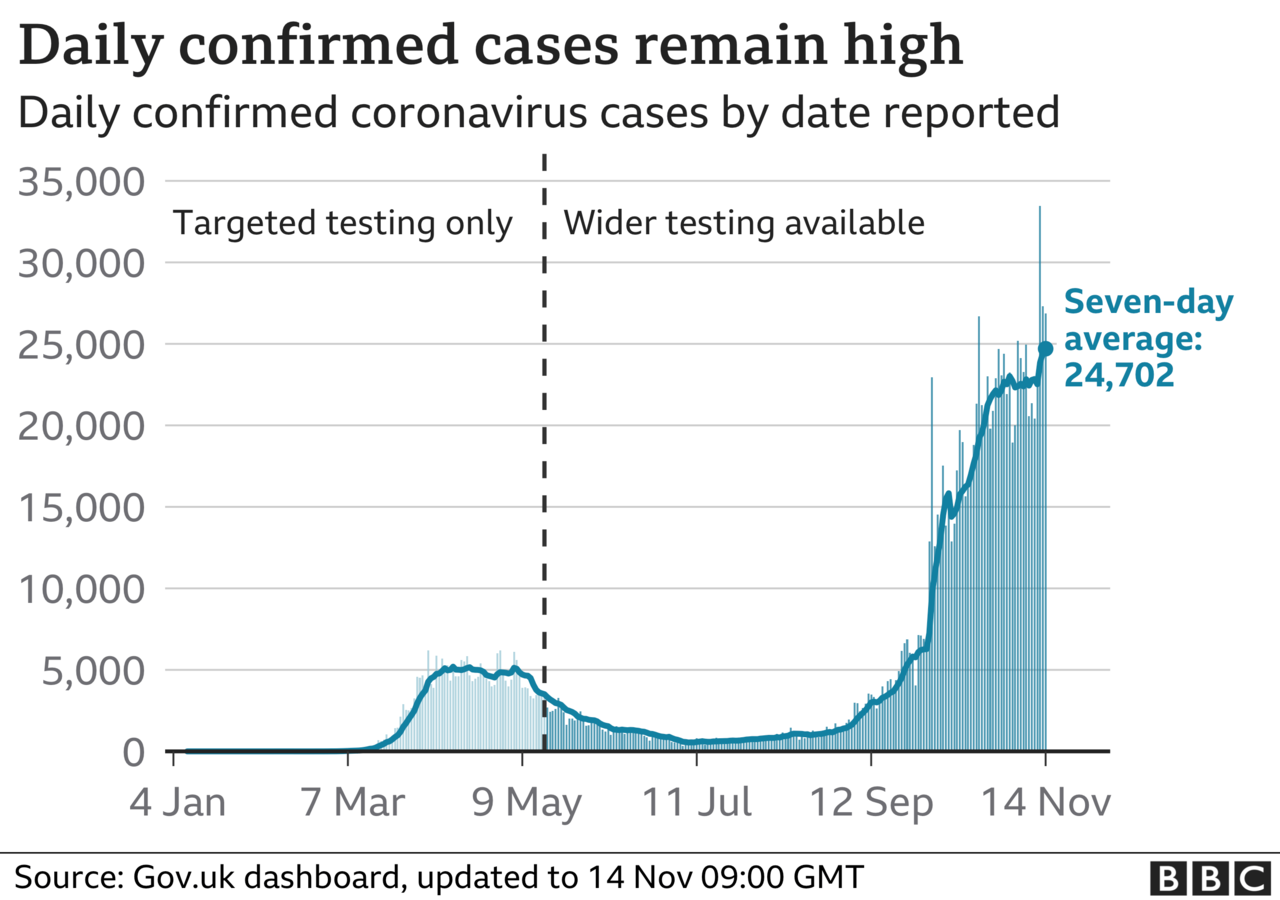 Wales finished its 17-day firebreak lockdown restrictions on Monday. Much of Northern Ireland's economy was placed under tight measures on 16 October.

Scotland introduced a four-tier system on 2 November after ending national curbs on the hospitality industry. Areas in the west of Scotland have been warned they may be placed under the highest level of restrictions next week.

It comes after documents released by Sage on Friday, and dated 4 November, warned that a return to the tiered system of coronavirus restrictions in England after lockdown ends could see infections rise again.

On Friday, Sage said that the R number - the rate at which the virus spreads - for the UK had fallen to 1-1.2, with experts believing it is already below 1 in some places.

Dame Anne Johnson, professor of epidemiology at University College London, said the evidence suggested tier three restrictions had brought the R value down but it was not clear if they would get it under 1.