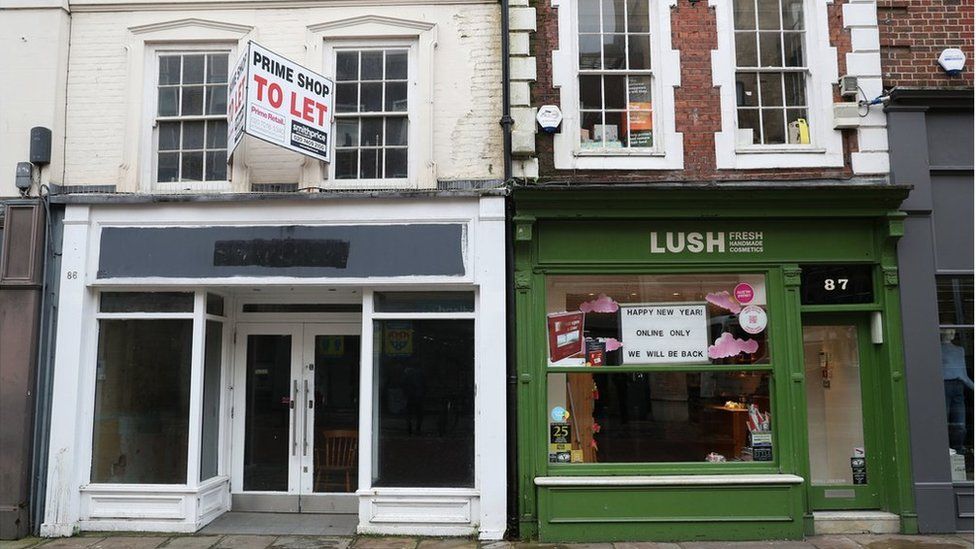 Covid-19: Has the UK economy been hardest hit?

There is no question that it has been a bad year for the UK economy, with severe restrictions imposed for a lot of the year as a result of coronavirus. It is also an economy reliant on consumer spending on things like hotels, restaurants and leisure activities, which have been badly hit by lockdowns.

But has the UK economy had a worse year than those in other advanced countries?

In an interview on Friday, Chancellor Rishi Sunak told BBC News: "We calculate GDP in a different way to pretty much everybody else."

He added that if you corrected for that difference: "What you find is that our performance is very much in line and comparable to other countries and, in fact, it may be on a margin better than places like Canada, Germany, Italy and Spain."

Shadow chancellor Anneliese Dodds told BBC News: "The UK has had the worst economic crisis of any major economy." 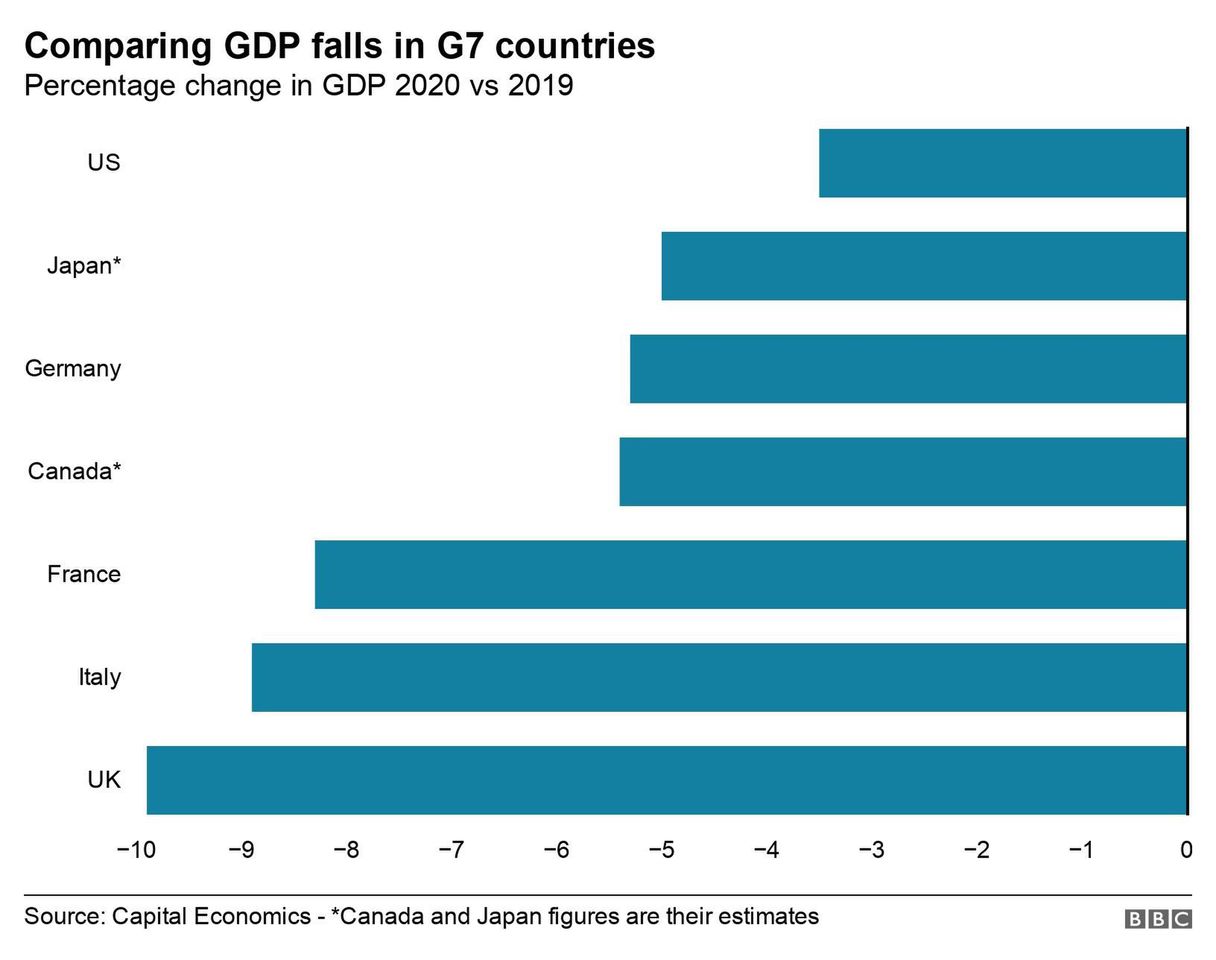 Spain, which is not in the G7 group of major advanced economies, registered a fall of 11%, so the UK economy certainly performed better than that.

The Office for National Statistics (ONS), which works out UK GDP, published a blog explaining the differences in methodology.

The tricky part is how you work out the output of public services such as healthcare or education.

If you want to know the output of a normal business, you just look at how much it has made from selling its goods or services.

That doesn't work as well with the public sector, so the ONS bases its figure on measures such as how many people have seen a GP, how many operations have taken place and the number of pupils receiving education.

Things like the closure of schools and the cancellation of non-urgent operations meant that the output of public services took a big hit in the pandemic.

Other countries tend to base their figures either on how much money has been spent on public services or how many hours have been worked by staff delivering them. As the amount of money spent has not fallen, that method would show less of a drop in their output.

That is also how the ONS works out GDP in nominal or cash terms. "Where the public services element is based on the money spent, the fall in UK GDP is broadly comparable to other G7 countries, and smaller than falls seen in Canada, Italy and Germany," it said.

"However, the 'real' estimates better reflect changes in the services being delivered."

The real estimate is the one that takes into account changes in prices, which the nominal one doesn't.

The ONS also looked at a measure of GDP excluding public services, which it said made little difference to the UK (which was factoring in a decline in public services already), but made Germany's figure worse by two percentage points. However, it added that: "In this approach the fall in UK GDP is still one of the largest in the G7."

Others have argued that while the distinction the chancellor mentioned may reduce the perceived fall in public sector output, it doesn't measure the drop in consumer spending or investment, both of which suffered from steep declines. "It is clear that the decline in GDP was significantly bigger in the UK than in Germany last year," said Andrew Kennington, from Capital Economics.

The UK economy fared badly last year. Adjusting for differences in methodology improves that performance, but it still leaves the UK towards the bottom of the league for economic performance.

Prof Diane Coyle, from University of Cambridge, told Reality Check: "This does show the limitations of GDP as a measure of economic wellbeing in any meaningful sense.

"It isn't a great framework for measuring any output outside the market, be that public services or environmental impacts."