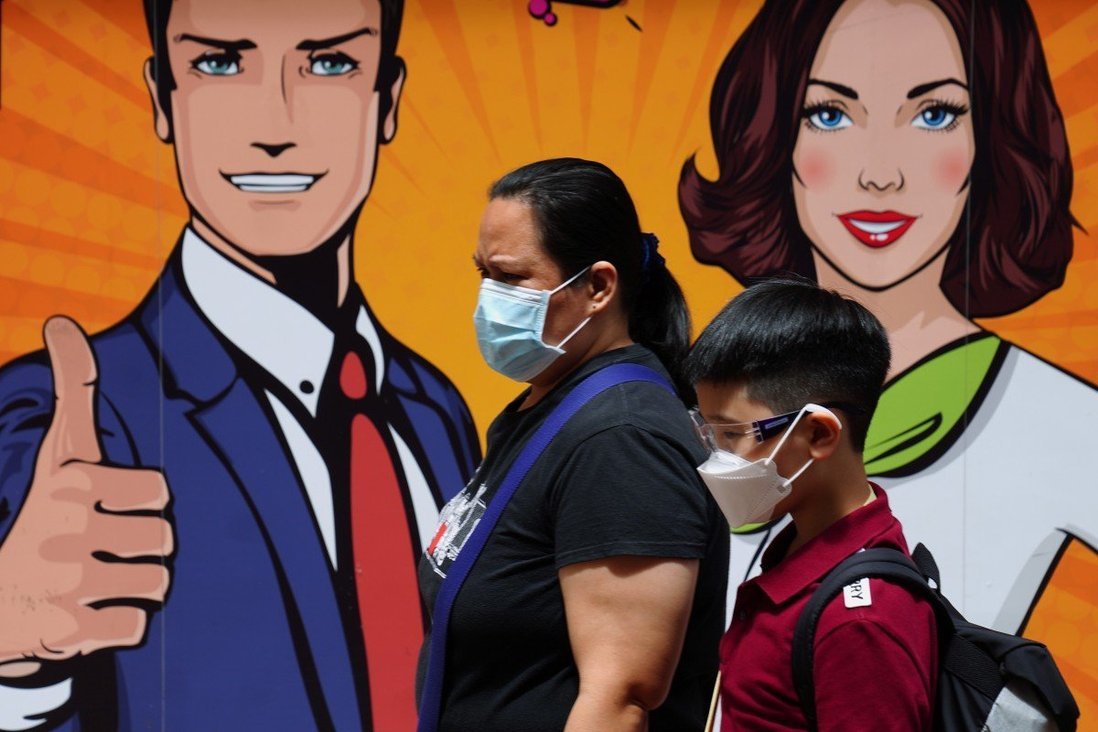 Every Sunday morning Indonesian domestic helper Eni Lestari gets dressed, puts on some light make-up and takes a bus from her employer’s home in Yau Ma Tei to Victoria Park, where she meets her friends.

This has long been her routine for her only day off each week. Lestari, in her 40s and a helper for 20 years in Hong Kong, always looked forward to spending Sunday singing, dancing and sharing home-made Indonesian food with her friends.

But a lot has changed because of the Covid-19 pandemic. With Hong Kong’s current fourth wave of infections, some want the city’s more than 398,000 domestic helpers to stay home on their days off.

Much of Victoria Park is now closed, and only about 2,000 to 3,000 Indonesian women turn up every Sunday, compared to about 10,000 who used to throng the open space in Causeway Bay before the pandemic hit Hong Kong a year ago.

Gone is the jovial atmosphere of the past, when women sat close together in their groups, with music in the air.

Tension and insecurity hang over the place now, says Lestari. They no longer sing, dance, or bring food to share. Everyone is masked and friends sit away from each other, sometimes using small speakers to be heard. 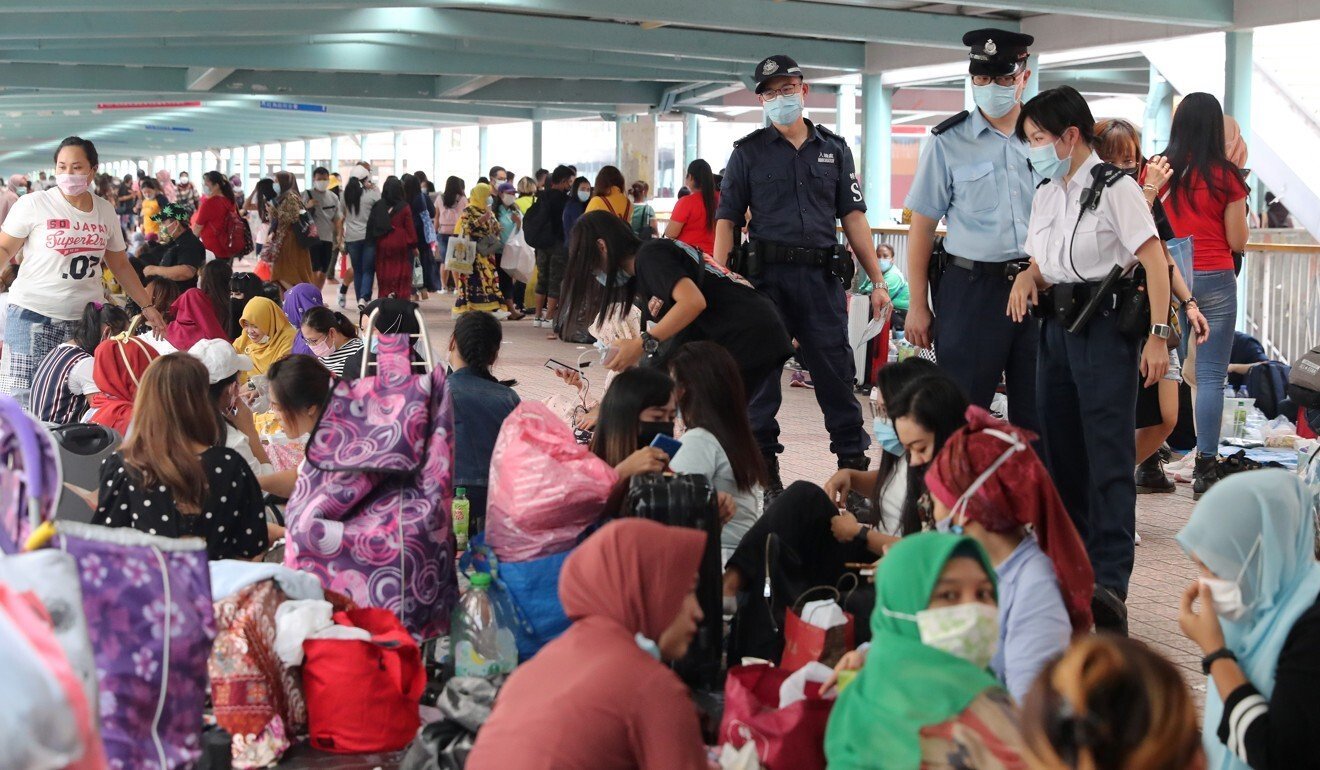 Security has been strengthened too, she says, with guards and police officers who sometimes warn the women or yell at them to observe the rules.

“It is our tradition to meet, to express ourselves, grieve and relieve stress there,” says Lestari, chairwoman of the International Migrants Alliance, which has 120 member organisations in 32 countries representing immigrants, migrants and refugees, including domestic helpers.

“Our employer’s home is where we work. The park seems more like our second home. But now we are being regarded as [disease-carriers], despite our contribution to Hong Kong. It hurts.”

The city’s helpers, mainly from the Philippines and Indonesia, have one day off each week – mostly on Sunday – and tend to congregate in public areas. Large crowds of Filipinos gather in Central, while Indonesians prefer Victoria Park, both areas with shopping centres, restaurants and banks that cater to them.

Now their practice has become controversial, and even blamed by some for the spread of the coronavirus. 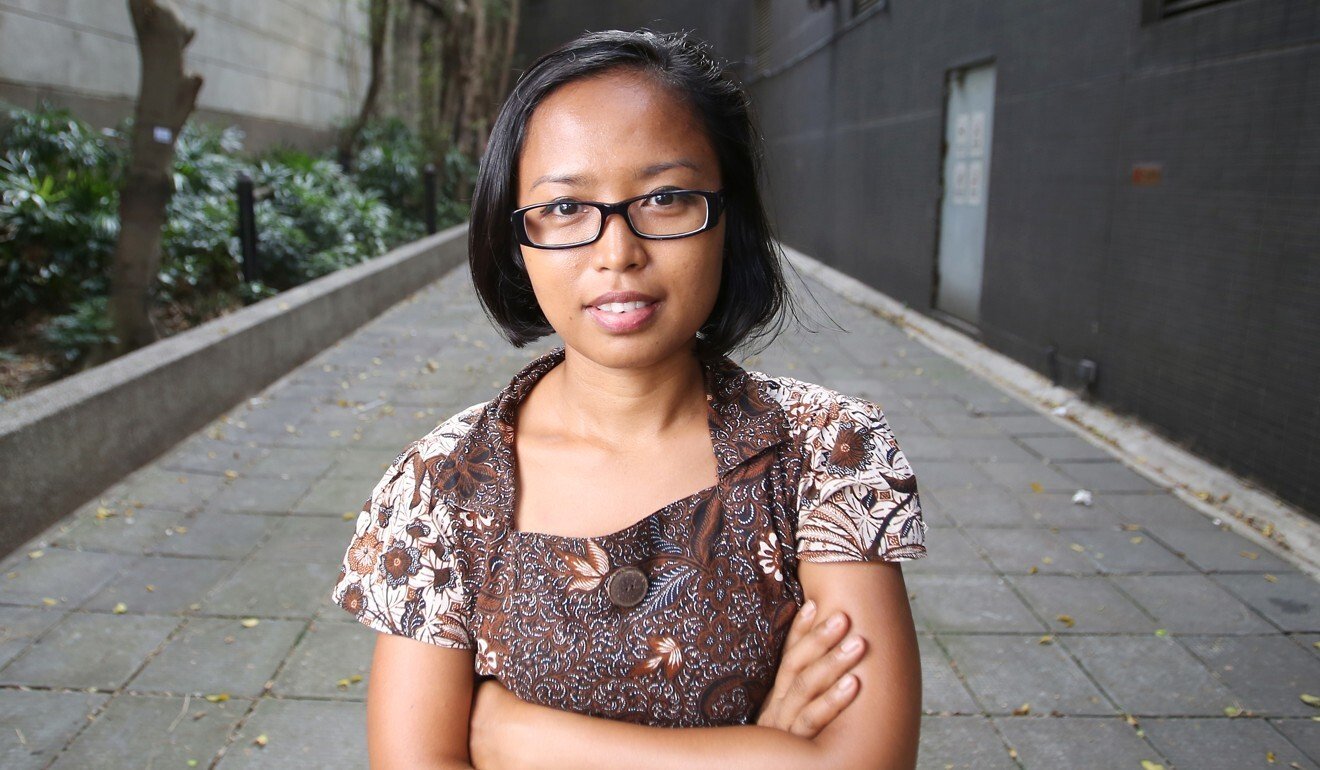 Secretary for Labour and Welfare Dr Law Chi-kwong said on Wednesday that the Labour Department had conducted mobile broadcasts in Chinese, English and major languages spoken by helpers in popular gathering places and distributed leaflets on weekends urging them to observe social-distancing rules. Enforcement action was also being taken.

As of January 10, helpers were handed 99 penalty notices for violating Covid-19 rules, with 81 related to group gatherings and the rest concerning mask-wearing. The fine for such violations has been increased from HK$2,000 (US$258) to HK$5,000 since last month.

But helpers say it is discriminatory to single them out and make them stay home. They say they need a break from their employers’ homes, where many share a room with others in the household.

Some helpers have also complained that they get no rest at all, because they are made to work when they stay home on their day off.

‘A big sacrifice for us’

HelperChoice, a Hong Kong-based platform to connect helpers with employers, surveyed 145 workers this week and more than a third said they stayed at home during the pandemic – half because their employers asked them, while the rest chose to do so on their own.

Filipino helper Shiella Estrada, 60, has not gone to Admiralty on Sundays since last August, spending most of her rest days at her employer’s home in Tseung Kwan O. Sometimes she takes a walk by the sea.

A helper of more than 30 years in Hong Kong, she misses spending Sundays with her friends in Admiralty, where she also used to buy Filipino goods and send money home.

Because of the pandemic, her employer suggested last year that she avoid going out and she agreed, aware of the safety concerns.

“It is a big sacrifice for us,” she says. “It is a human need to rest and socialise. It is really hard to stay at home all the time after working long hours. I feel stressed.”

Estrada, who is chairwoman of the Progressive Labour Union of Domestic Workers Hong Kong which has nearly 1,000 Filipino members, says her employer leaves her free on her rest days, but many others are not as fortunate.

The HelperChoice survey found that about 40 per cent of those polled were asked by their employers to work on their rest days.

Indonesian helper Ria*, 35, says she has not had a single rest day since last March as her employer stopped her from going out on Sundays and asked her to work instead.

Attending to her employer’s 85-year-old mother seven days a week has overwhelmed her physically and mentally, she says, even though her employer pays her an extra HK$600 a month on top of her monthly wage of HK$4,630 – the statutory minimum for helpers.

“I’m so tired and stressed, but I’m afraid of being fired if I say no. I have to earn money to support my family,” says Ria, who has worked in Hong Kong for more than seven years and has been with her current employer for more than three years. 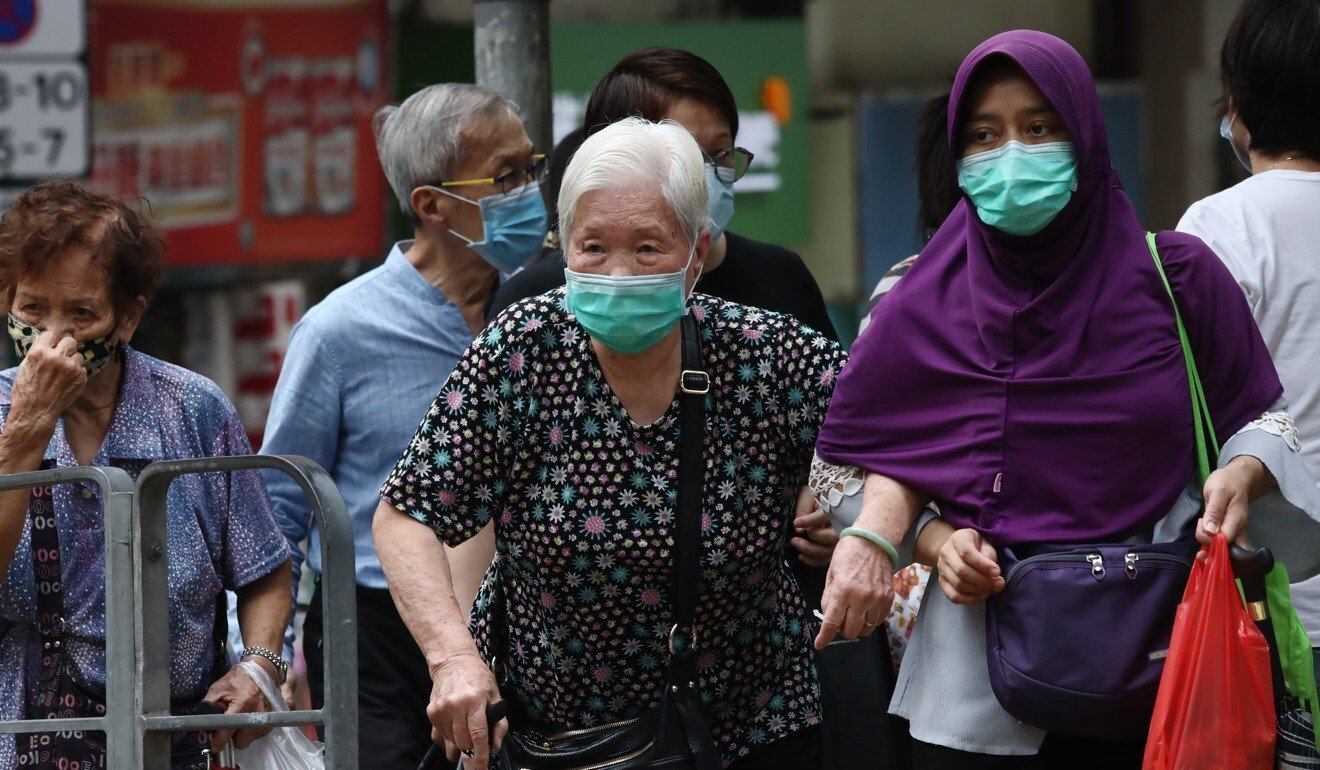 A domestic helper crosses a road with an elderly woman in Sai Ying Pun.

‘Home away from home’

Researchers at the University of Hong Kong (HKU) who examined the use of social space by domestic helpers found that the women needed a place to gather for their physical, mental and social well-being.

“They need social space to connect with their community,” says Ho Hung-chak, a research assistant professor with HKU’s department of urban planning and design. He and undergraduate Mok King-him interviewed helpers and observed them in late 2018 and published their findings last November.

Ho suggests opening community centres for helpers to gather on their rest days, especially during the pandemic, so they can access hygienic venues and gather in smaller numbers instead of congregating in large groups.

Lestari says despite the tightened pandemic measures, she still tries to enjoy her rest days with her friends at Victoria Park, while making sure to observe social-distancing rules.

She updates other helpers about the government’s latest anti-pandemic measures, and organises health training sessions so helpers can keep healthy during the pandemic.

“We have our own community. When your family is far away, you create your own family here,” she says.