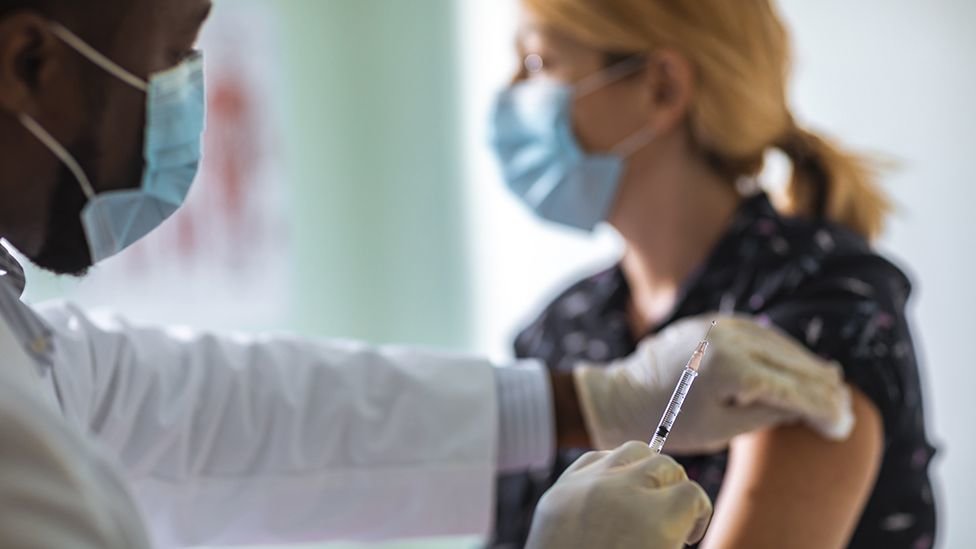 The Hacking Trust's medical division approached surgeries in Bristol and Worthing offering to pay the money to charity "or the staff member directly".

Robyn Clark, from the Institute of General Practice Management, said it was "just appalling".

The company, based in London, has apologised, saying its "good intentions" were "misinterpreted".

NHS England said people "will rightly take a dim view of anyone who tries to jump the queue".

"The NHS is free at the point of access for everyone who needs it," said Ms Clark.

"What we felt this company was trying to do was jump the queue."

The Bristol-based manager said she worried it could "create more health inequality".

She said: "The JCVI [Joint Committee on Vaccination and Immunisation] is trying to prioritise the vaccine based on the vulnerability to Covid."

The e-mail sent to the GP surgery in Worthing said The Hacking Trust was aware that "many appointments" for vaccinations are not kept, and that it would be interested in being informed of "any no-shows".

A donation of £5,000 would be paid to a staff member or given to charity for each dose it could secure, the e-mail said.

In a statement, the Battersea-based company said it "offered charitable donations to staff or surgeries in this difficult time for any vaccines which were unused".

It added: "We had heard that some vaccines were being unused due to missed appointments. We would apologise that our good intentions have been misinterpreted."

NHS England said it knew "these particular emails were received across the country".

Dr Nikki Kanani, GP and NHS medical director for primary care, said hundreds of NHS teams across the country were "working hard to deliver vaccines quickly to those who would benefit most".

"NHS staff will never ask for, or accept, cash for vaccines," she said.

The Department of Health and Social Care said vaccinations were available from the NHS "for free" and "cannot be sold privately in the UK".