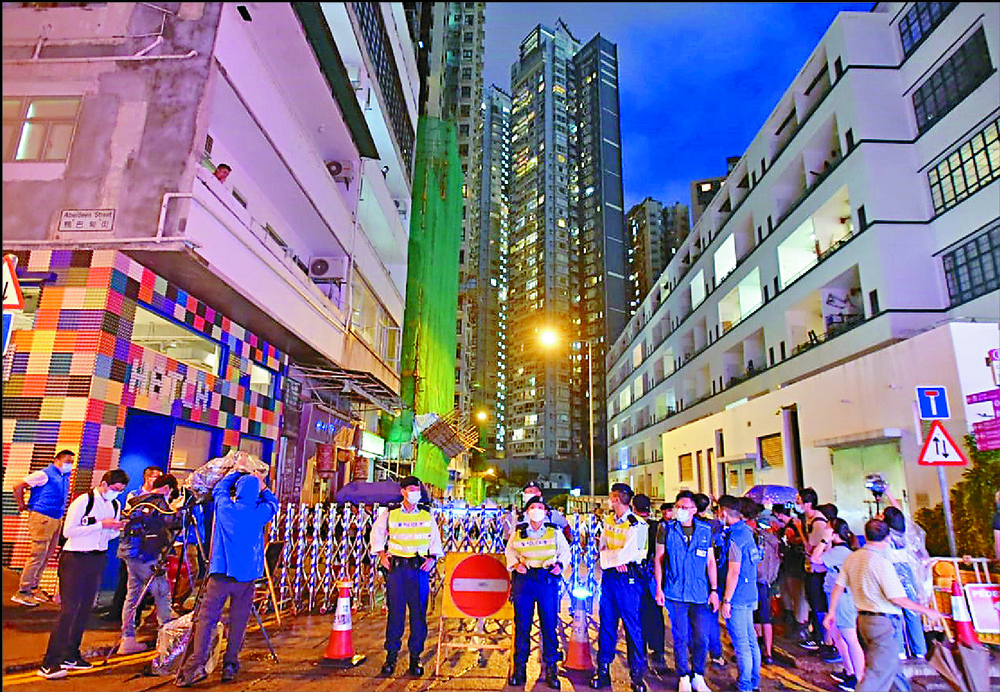 Hundreds of residents at Centre Point in Sheung Wan have been put under overnight lockdown after a 27-year-old man living there tested preliminarily positive for a more infectious mutant Covid-19 strain.

The man, who was in Los Angeles on a business trip from July 4 to Sunday, tested negative on July 2 and before boarding the flight back. He tested positive with a high viral count upon returning Sunday.

Rapid tests found he carried the L452R strain present in the highly contagious Delta mutant variant first discovered in India. Genetic sequencing is pending to confirm if he had contracted the Delta variant.

Although authorities believe he was likely infected in the US and listed his infection as an imported case for now, he had stayed here over the past 21 days so the 27-story Centre Point on Staunton Street was cordoned off at 7.30pm yesterday to test all residents by 7am today.

His office in Pacific Plaza on Des Voeux Road West, where he last went to work on July 2, has also been added to the mandatory test list.

The man had received both doses in April and May of the BioNTech/Fosun vaccine, which has a general efficacy of 95 percent but offers less protection against variants. UK studies suggest it is 80 percent effective against the Delta variant.

Hong Kong saw zero cases yesterday, with the tally standing at 11,959, including 212 deaths.

Respiratory specialist Leung Chi-chiu said elderly homes may still see outbreaks due to a 15 percent coverage among those above 70, even when the SAR achieves its "herd immunity" target of a 70 percent vaccine uptake rate of first-dose shots. That is unlike a rate of more than half for those aged 30 to 60.

He said vaccines are less effective against mutant strains "so even if we hit the 70 percent mark, it doesn't necessarily mean we've established adequate herd immunity."