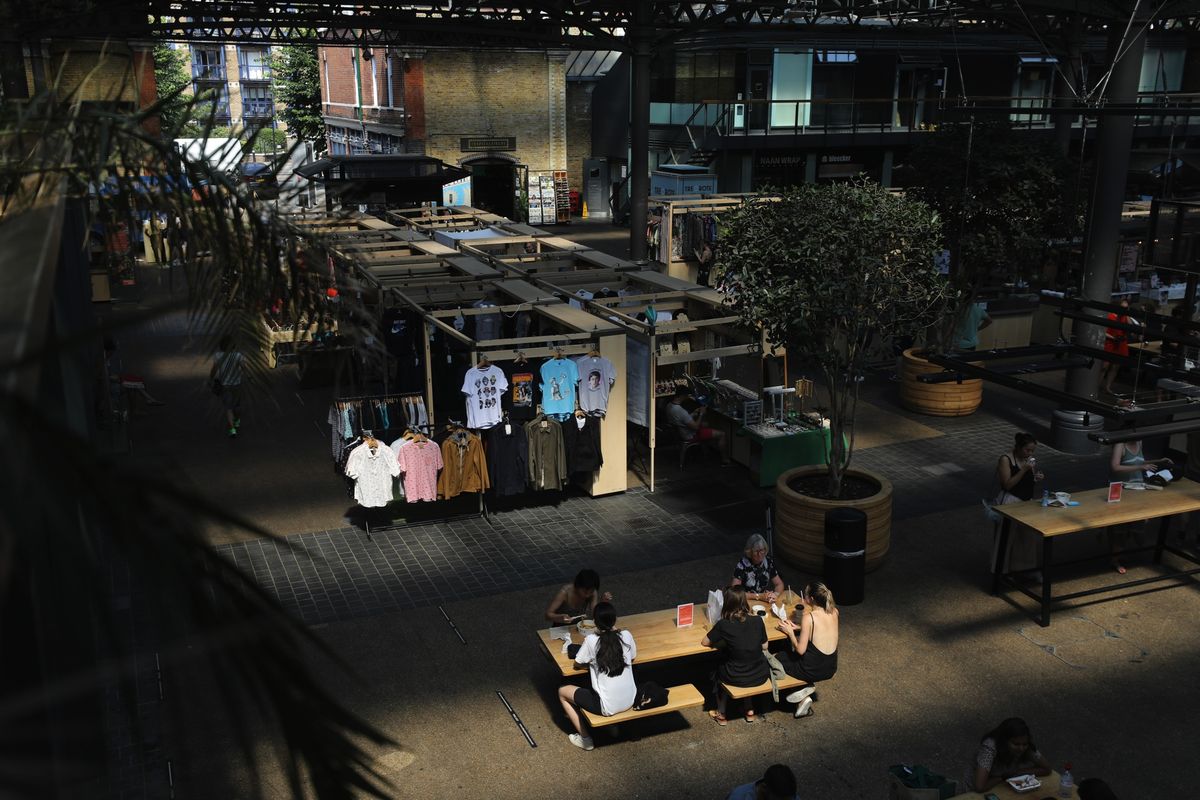 Zdenka Trutzova says 90% of customers at her London salon canceled bookings for Wednesday after Prime Minister Boris Johnson told office staff to work from home for as long as six months.

“The new rules have ruined everything,” said Trutzova, who owns Daniel Gentlemen’s Hairdressers near the Lloyd’s of London insurance marketplace. “We don’t need social distancing because look how dead it is everywhere already.”

Businesses that had been hanging on in the City of London financial district, waiting for workers to return, now face the reality that many of their customers may not be back as long as the virus keeps spreading. A spike in Covid-19 cases and hospitalizations forced the government to reverse its earlier demand for people to return to the office to kickstart an economy that had just emerged from the worst recession in more than a century.

Banks in the City led the way in telling staff to stay at home. Goldman Sachs Group Inc. is encouraging employees to work remotely where possible, while the BBC reported that Barclays Plc, Societe Generale SA and Lloyd’s also told some staff to do their jobs from their residences.

Marco Sidoli, the owner of Chapters Deli on Bishopsgate, which sells pasta and sandwiches, was downcast. “We are in the heart of the City” and “it’s deserted,” he said. Business on Wednesday was down to 20% of what it was pre-lockdown, having recovered to 35% before Tuesday’s announcement.

“It’s at non-sustainable levels,” he said.

London is especially vulnerable to lockdowns as about 90% of its economy is based on services, the highest rate for any region in the U.K. One in six workers is furloughed in the capital, meaning they are at risk of losing their jobs when wage support programs end.

The new restrictions, including ordering restaurants and bars to close earlier and scrapping plans to allow live audiences attend sporting events next month, could bring the country’s economic recovery to a halt, according to Bank of America Global Research, particularly when combined with the withdrawal of fiscal stimulus and the chances that there’s a messy Brexit.

The rising prospect of a no-deal departure from the European Union is also starting to hurt the ailing City. The U.K.’s departure from the bloc means financial firms will lose the ability to freely do business with clients in member states, and in the latest sign of the impact that’s having, JPMorgan Chase & Co. is moving about 200 billion euro ($230 billion) from the U.K. to Frankfurt.

There was some hope on Wednesday for businesses roiled by the pandemic. Londoners largely ignored the government advice for office workers to stay at home, with public use of the subway and buses on Wednesday mostly unchanged from a week earlier, according to data compiled by Transport for London. Cycle hires yesterday were the highest ever for a weekday in September, the transit manager said.

Peter Rees, a professor at University College London and former City of London planning officer, remains confident about the financial district’s long-term future despite the lack of people on the streets at rush hour.

“I’m looking out at construction sites around me and it’s a hive of activity,” he said from his apartment on the 27th floor. “Fintechs have started moving in” and “youngsters are coming in to the area, not to work, but to gossip with their mates” in bars and restaurants.

Back at the salon, Trutzova was less optimistic. “I’m so depressed,” she said. “I’ve never seen business this bad”