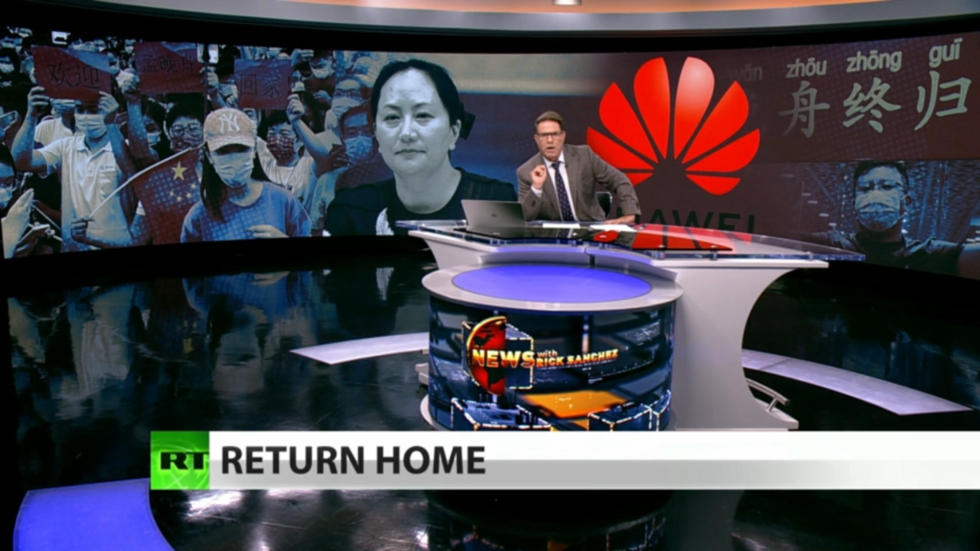 China’s foreign ministry has released an official list detailing 100 distinct instances of US meddling in Hong Kong. The list slams the administrations of Trump and Biden as well as a host of US politicians from both parties, including Sen. Marco Rubio (R-Florida) and House Speaker Nancy Pelosi (D-California).

RT America’s Faran Fronczak joins Rick Sanchez with the details. Then Jeremy Kuzmarov of CovertAction Magazine joins Rick Sanchez to weigh in on China’s list of 100 instances of US interference in Hong Kong. He points out that the National Endowment for Democracy, a known CIA front, funded and trained anti-Beijing activists in Hong Kong and encouraged its violent secessionist movement while packaging the same as a human rights struggle.

But first, RT America’s Trinity Chavez reports on the release of Huawei CFO Meng Wanzhou after three years fighting extradition to the US from Canada, where she was apprehended at Washington’s behest in 2018. Plus, the Christian Democratic Union, the party of outgoing German Chancellor Angela Merkel, narrowly lost out to the left-leaning Social Democratic Party. The Green Party came in third place, and is the third constituent part of the country’s new governing coalition. RT America’s Mollye Barrows takes a look. And former Pentagon official Michael Maloof joins to discuss Turkey's plan to acquire another S-400 missile defense system, much to the chagrin of NATO.