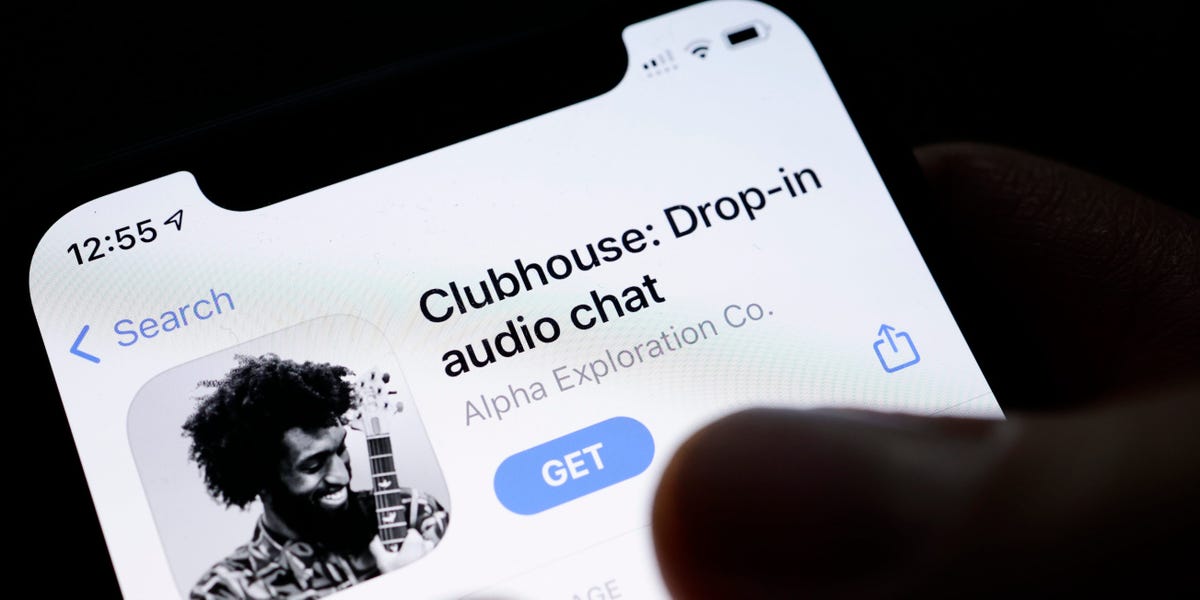 China appears to have blocked Clubhouse, the buzzy social-media app, after people in the country flocked to it to discuss politics

Chinese users were reportedly no longer able to access Clubhouse on Monday. The app had remained uncensored in the country.

Buzzy social media app Clubhouse appears to have been blocked in China.

The invite-only app remained uncensored in China until Monday, and people flocked to it to discuss political topics. Some Chinese users were paying more than $60 for an invite, and chat rooms were discussing Xinjiang's Uighur detention camps and Taiwan independence, Reuters reported.

Michael Anti, a journalist and political analyst in China, tweeted on Monday morning that "Clubhouse is now blocked in most cities in China."

Soon after, Li Yuan, tech columnist for the New York Times in Asia, tweeted: "My Wechat timeline is full of posts about Clubhouse being blocked in China. What a brief moment of free expression!"

Bloomberg reported that local users could no longer access the app.

The reported ban comes after Chinese users flooded Clubhouse to chat about politics and other sensitive topics. Unlike Facebook, Twitter, and YouTube, Clubhouse wasn't censored in the country. Conversations on the audio-only app aren't recorded, and it's available by invitation only.

Chinese users were so keen to access Clubhouse that they were paying between 50-400 yuan (between $7.73 and $69.59) on popular Chinese e-commerce sites for an invitation, according to Reuters.

One Chinese language chat room on Sunday attracted 700 participants, who compared the political systems of China and Taiwan and expressed concern over the one-party rule in China, The Financial Times reported Sunday.

The app launched in early 2021 and had been downloaded 2.3 million times by January 31, according to mobile analytics firm Sensor Tower, per the BBC. The company said it has at least 2 million users, and was last valued by its venture investors at $1.4 billion.

Tesla and SpaceX CEO Elon Musk led a wide-ranging interview on Clubhouse on January 31 about his ambitions to colonize Mars and his love of memes. He finished the event by questioning Robinhood CEO Vlad Tenev over the GameStop stock saga.

After Musk tweeted he would be speaking on the app, demand for invitations skyrocketed, and they began selling on sites like Twitter and eBay for up to $100 .