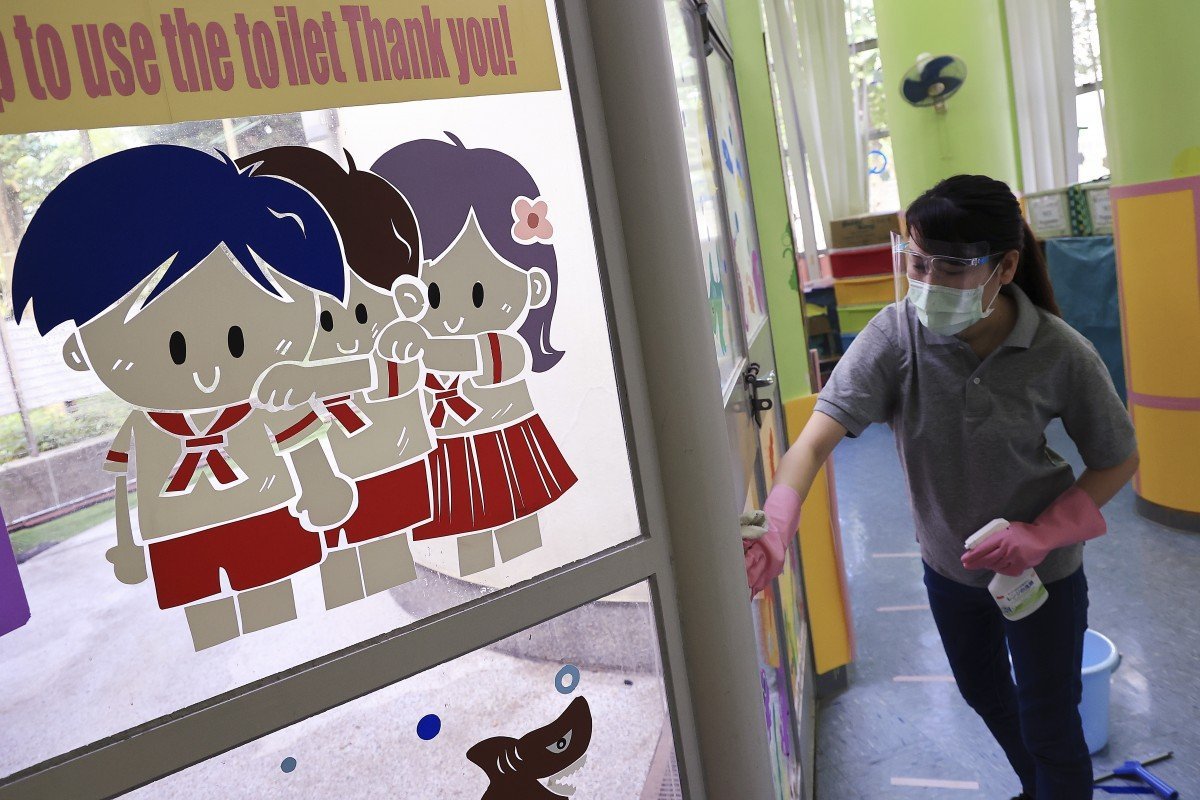 A study of the first two waves of infection found that entertainment venues, not schools, accounted for a wider spread of disease, with the latest spike also linked to dance clubs. The government’s decision to close kindergartens over the common cold reflects its misplaced priorities.

Plenty of people just shrugged their shoulders earlier in the month, when some parents of young children spoke out against the Hong Kong government’s abrupt blanket closure of kindergartens and childcare centres over what is essentially the common cold.

But the last two months of real school had been vital to the socio-emotional development of preschool and kindergarten-aged children, following months of school and playground closures, as well as drastically reduced social interaction with extended families and friends. School goes a long way in developing children’s cognitive ability, creativity, empathy, communication skills and confidence.

And let’s not get me going on the microbial exposure that kids need to develop their immune systems.

Now the government has given a similar order to primary schools, that is making a much wider impact.

But, really, closing schools because of upper respiratory tract infections when there is no influenza pandemic – like in 2009 and 2010 – is excessive.

Experts have studied the 2009 H1N1 influenza pandemic, including social contacts and infections, and found that close contact among children in schools drove that pandemic. But the same experts would also tell us no two outbreaks are alike. Not only are pathogens different, but we also gain more understanding and develop countermeasures over different outbreaks.

Let’s get this clear: it is close contact that has an impact on transmission. It is also important to remember that there was no mandatory universal mask wearing in 2009.

The Chinese University of Hong Kong released this month the results of its study of the city’s first and second waves of Covid-19 infections. The study is the first of its kind that used network epidemiology to investigate the transmission of the virus between different physical settings; researchers found that entertainment venues– bars and karaoke joints – accounted for the broadest networks of community infections.

In other words, we are seeing a recent spike – experts and government officials are already calling it the fourth wave – not because children are going to school. Some recent Covid-19 cases involve people who went to parties in hotels, or dancing clubs– not kindergartens.

It’s shocking that up until last week, inbound travellers required to quarantine for 14 days in hotels managed to have visitors.

Unicef called the months of disruption caused by the pandemic to children’s education a “global education emergency”, with social and economic repercussions that could last for decades. But in Hong Kong, when the news media panicked over “outbreaks” of the sniffles among kids, the government’s knee-jerk reaction was to close schools.

The government closed kindergartens and nurseries over about 2,000 upper respiratory tract infections. There are about 170,000 kindergarten pupils, and that’s not counting preschoolers. You do the maths.

Our schools, educators, parents and students have done a tremendous job adapting to the disruptions and demands brought by Covid-19. Online learning may be part of the new normal but it should not, by any means, be the easy way out. Close schools to protect teachers, children and their families from coronavirus outbreaks, not out of fear of the common cold.

The government must realise by now that its reason for the first wave of kindergarten closures was unconvincing, at best.

Please, we don’t need to panic and stigmatise kids with a sniffle.

By now it should be clear that schools have been suspended because our government cannot get a handle on the pandemic. Its focus should have been on bars, dance studios, amusement parks and other entertainment venues from the start, rather than schools.