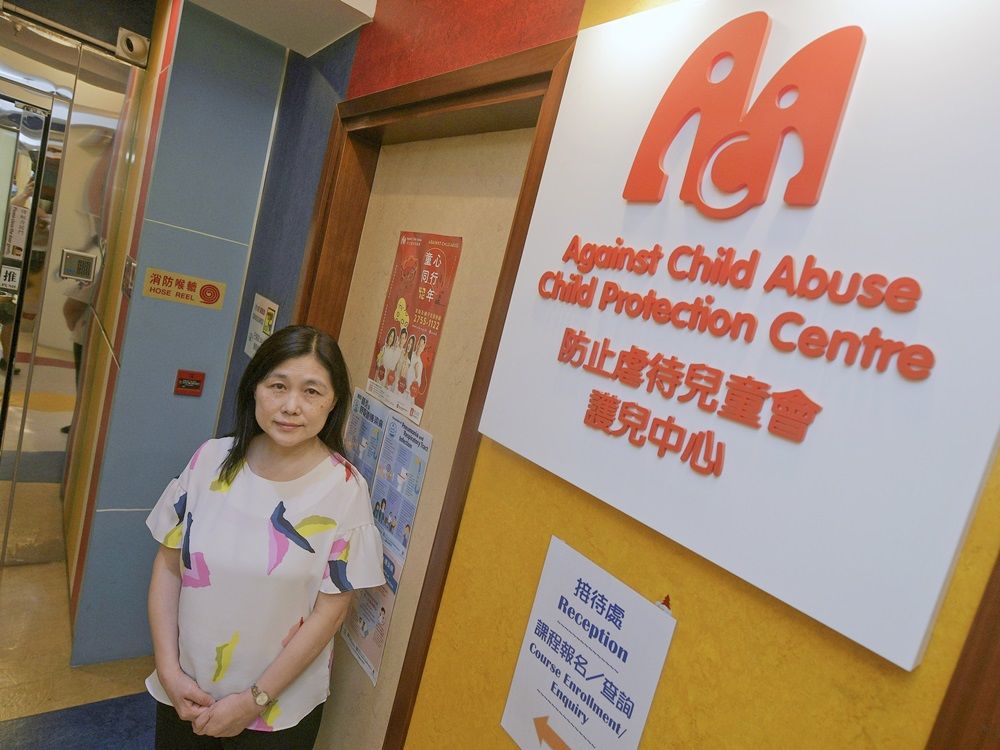 The cases involved 248 children, 20 percent of whom were aged between six and eight and another 17 percent between three and five.

Director of Against Child Abuse Donna Wong Chui-ling said child abuse is more likely to occur when victims are about to enter kindergarten, primary and secondary schools.

More quarrels within the family occur as parents try to boost children's academic grades so they can be admitted to desired schools.

Some older kids can also fall victim to child abuse, as reports included 16 percent of children aged between nine and 11, and 15 percent between 12 and 14.

In one of those cases, a junior secondary boy called the hotline for help after his family member throttled him for playing games.

Meanwhile, 80 percent of the 211 abusers were found to be family members of the victims, including parents and grandparents.

According to the Social Welfare Department, there were 1,063 new child-abuse cases for the whole of Hong Kong in the first three quarters of this year, an increase of 57 percent from the same period last year.

Wong said the number of physical-abuse cases has already hit a record high this year since more quarrels occurred in families during Covid as they had to stay at home together.

Against Child Abuse had received a total of 1,264 reports or consultation calls under their parent-child support line services last year, with 73 percent related to parenting problems.

Around 76 percent of the calls were made by parents, and over 80 percent of this number were from the mothers of the family.

The organization made 14 recommendations to the authorities, including accepting recommendations of a report by the Law Reform Commission, which asks for a review of the maximum penalty on child abuse-related crimes.

They also urged authorities to propose a total ban on corporal punishment, and supported the government's plan to establish a mandatory reporting mechanism for suspected child abuse cases along with a support package.

On Wednesday, a couple who chained up their friend's baby daughter and beat her with a rattan stick until it broke before her death have both been sentenced to five years and four months in jail.
#covid
Add Comment