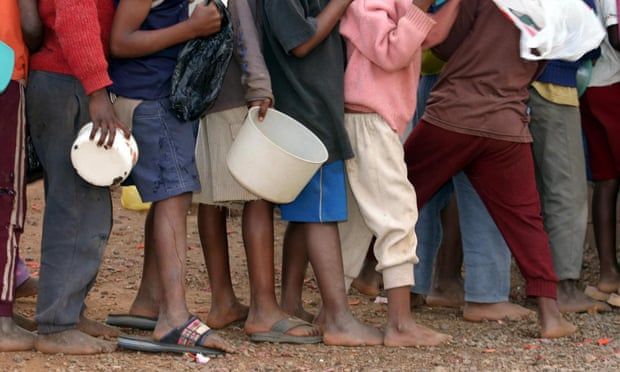 A charity has launched a legal challenge against Boris Johnson’s £4bn of cuts to the foreign aid budget which critics warn will cause significant suffering to some of the world’s poorest people.

The International Planned Parenthood Federation (IPPF) notified the government of its intention to seek a judicial review after the Foreign Office (FCDO) told the charity it was terminating its project funding.

The FCDO was committed to providing up to £21m for the UK Aid Connect access consortium’s efforts to improving sexual and reproductive health rights of those living in extreme poverty, people in humanitarian crises and those affected by HIV and Aids.

IPPF said the decision to end the funding was based on an “unlawful” act by the government to reduce foreign aid spending from 0.7% of gross national income to 0.5%.

MPs approved the change in the House of Commons this week, but the target of 0.7% is still set down in primary legislation and has not yet been amended.

As a result, the IPPF said it had sent a pre-action letter to the government. Dr Alvaro Bermejo, its director general, said: “Since IPPF became aware of the government’s plans to slash the UK’s aid budget, it has taken every opportunity to demonstrate the unlawfulness of these cuts and the catastrophic impact they will have on millions of women, girls and marginalised people worldwide, and the thousands of lives that will be lost in the process.

“IPPF has not taken this decision lightly. This action is about fighting the injustice of the government’s ruling on behalf of the women and girls we serve and honouring the intent of IPPF and its member associations.”

The FCDO defended the decision to cut the foreign aid budget, rejecting the claim the cuts were unlawful.

“The government has provided a clear measure on returning to spending 0.7% of GNI on official development assistance and members of parliament voted clearly to approve this approach,” a spokesperson said.

“We are acting in line with the International Development Act 2015, which explicitly envisages that there may be circumstances where the 0.7% target is not met.

“We remain a world-leading aid donor and we will spend more than £10bn this year to fight poverty, tackle climate change and improve global health.”

Johnson persuaded MPs to back the changes this week, after promising the cuts would be temporary until the public finances are back under control following the Covid pandemic. However, he was opposed by many on his own side – including former prime ministers Theresa May, Sir John Major and David Cameron, and former cabinet ministers Andrew Mitchell, David Davis and Jeremy Hunt.
#covid  #boris johnson
Add Comment