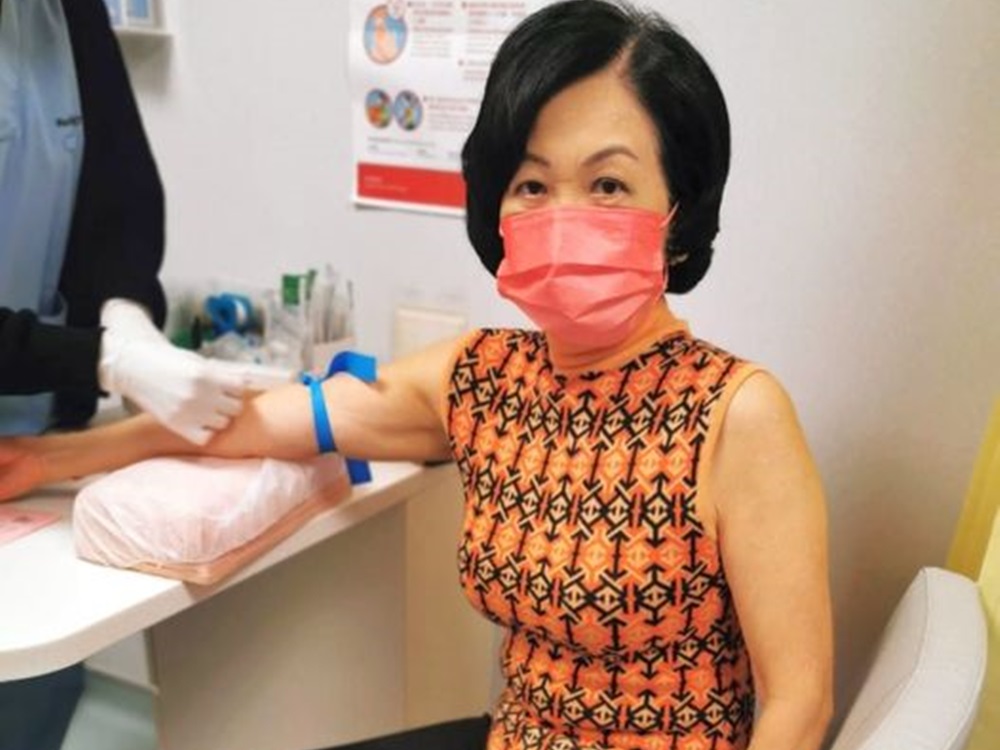 Chair of the New People's Party Regina Ip Lau Suk-yee who joined a clinical trial said her antibodies level dropped 60 days after she received a third Covid-19 jab, but that remains in a relatively high level.

Ip posted a photo of herself on social media on Wednesday undergoing an antibody test, the test which formed part of a clinical trial over the effectiveness of a third jab happened in September.

She said that her antibodies level dropped to 15345.6 in October, and that it is expected to fall to less than 10,000 by next March.

She also asked the netizens if she has become slimmer.