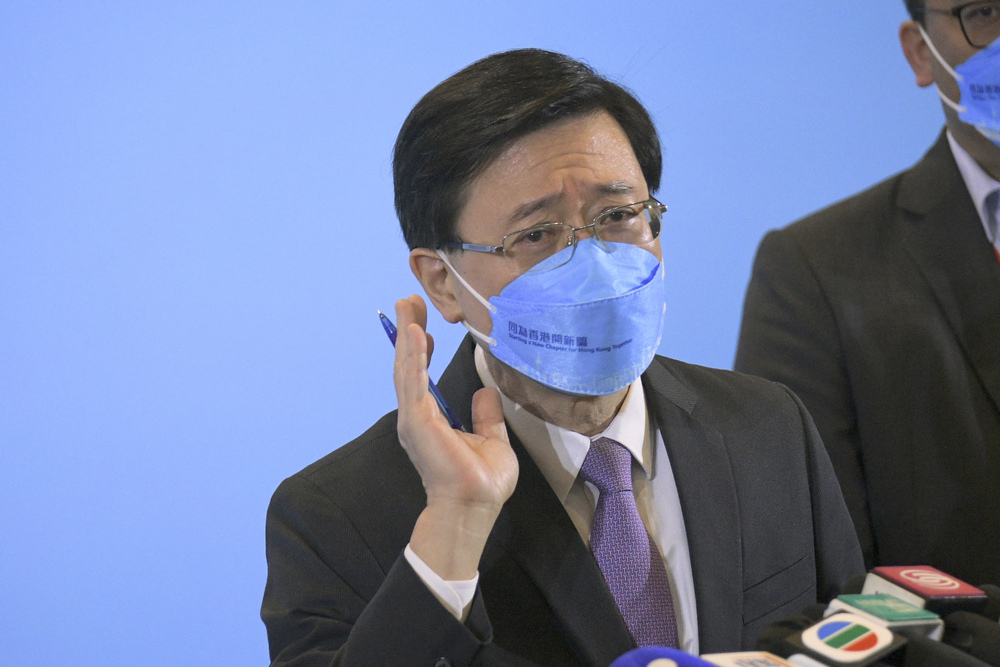 CE-hopeful John Lee to appear on election forum on Saturday

The forum will start from 8.30pm to 9.30pm tonight and there will not be live audience due to Covid-19. Instead, the public opinion research institute of Shue Yan University will randomly draw questions from over 90 citizens that were previously recorded.

The questions will cover areas including housing, lands, economy, the Covid-19 pandemic, livelihood, health care system, educations and development between the mainland.

The election will be stage on May 8.
#covid 19  #covid
Add Comment