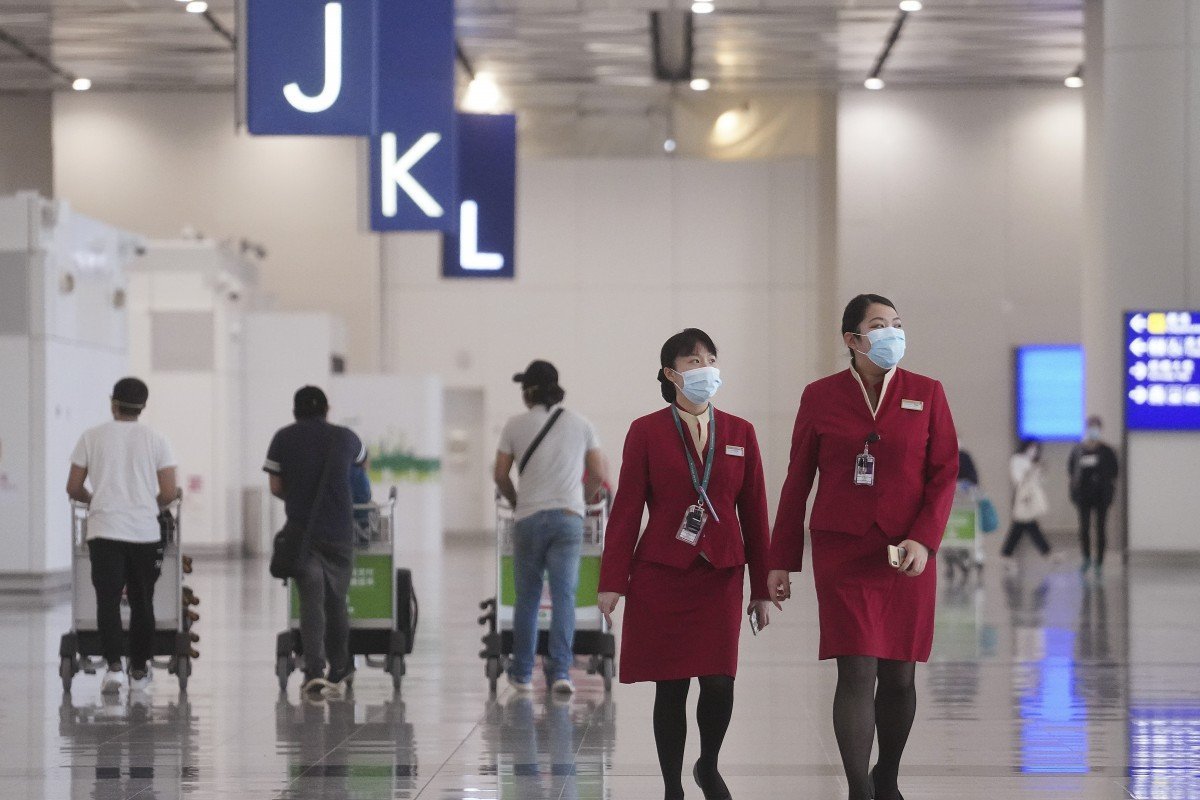 The two sides sat down for 3 ½ hours on Wednesday, the deadline for flight attendants who survived recent layoffs to accept new salary-slashing contracts.

Unionised cabin crew at Cathay Pacific failed to secure any concessions from the loss-making airline after a 3½-hour meeting at Hong Kong’s Labour Department office on Wednesday.

The Flight Attendants Union (FAU) will now proceed with legal action to secure a better deal for the minority of 8,000 in-flight workers who refused to sign new, cheaper employment contracts by the morning deadline.

The meeting was the first time the Labour Department had mediated a sit-down between Cathay and FAU representatives since the flagship carrier announced 5,900 redundancies two weeks ago, and set the clock for remaining cabin and cockpit crew to accept new contracts or face the sack. 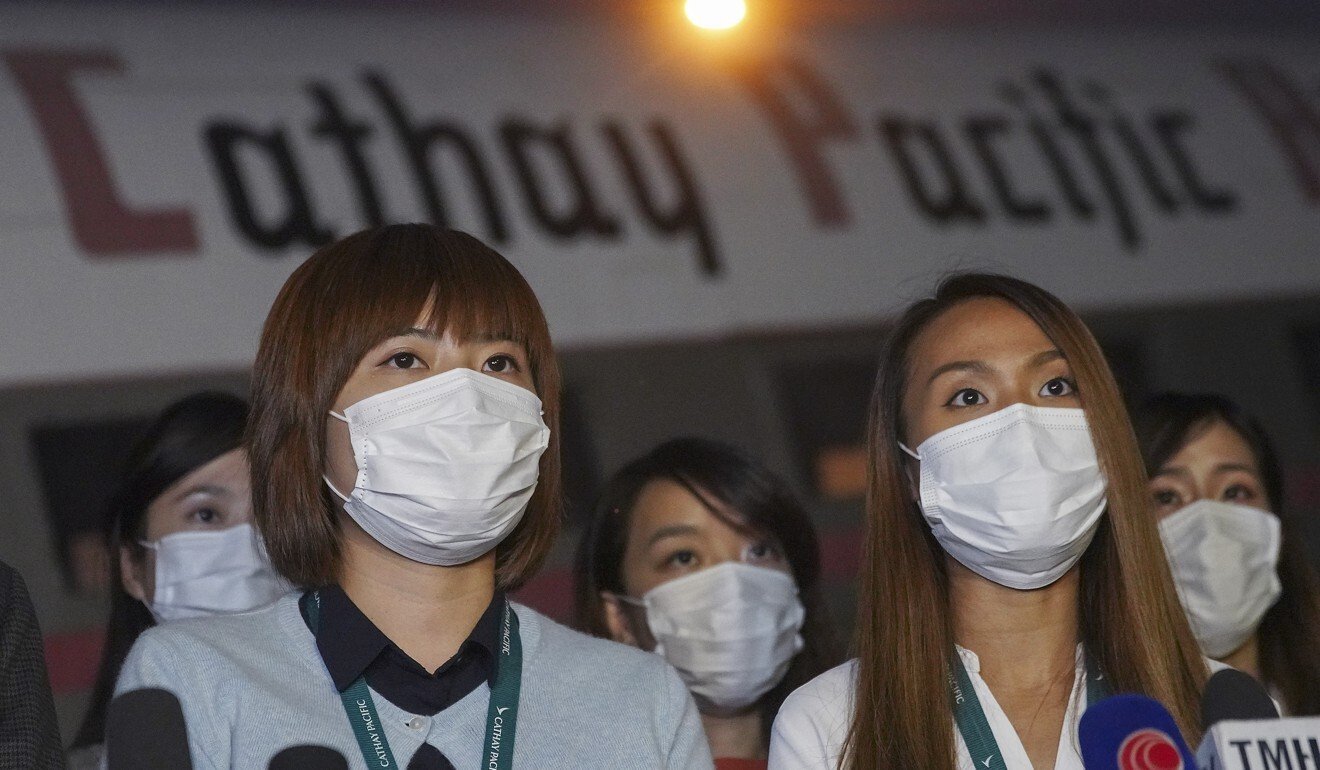 In a bid to bolster the unionised workforce, the city’s pilots and cabin crew unions – both under intense pressure from the airline’s restructuring – signed a landmark agreement later on Wednesday to work more closely and pool resources.

Tad Hazelton, chairman of the 2,200-member Hong Kong Aircrew Officers Association (HKAOA), said: “It’s a historical moment now that the two groups, because of our common circumstances, are going to go forward together from here on out, working on not just these circumstances, but any circumstances that face us in the future.”

Chris Beebe, the group’s general secretary, said full details of the scope of the union’s joint efforts had yet to be fully worked out, but a comprehensive plan would be put together.

Last month, Cathay terminated an agreement that required it to negotiate with the pilots union, weakening the group’s standing.

Before the airline agreed to the cabin crew union’s call for a meeting, the FAU on Tuesday said it would press ahead with unspecified legal action over the salary-slashing contracts after winning the backing of nearly all flight attendant members at an emergency meeting.

Amber Suen, Flight Attendants Union internal vice-chairwoman, said: “The company turned down each and every one of our demands. They have no sincerity in answering or extending the deadline or making it a temporary contract.

“How will the meeting shape our future legal action? Because the company still considers those who don’t sign the new contract terminated, we will consult further legal action and decide accordingly.”

The union had asked for a yearly review of the new contracts in which they would have input, a request the company was non-committal about.

On Monday, Cathay offered fresh financial incentives in a bid to coax holdouts to sign the new cabin crew contracts, dangling a transitional payment for those who signed before November 4, albeit only half the earlier amount. With those who failed to do so facing termination, it was unclear how many cabin crew could be fired by Wednesday’s end.

Under the original arrangement, staff who signed ahead of last week’s early deadline received a one-off transitional payment, an offer accepted by most cabin crew. Most pilots also agreed to a separate transitional financial package.

The new contracts include pay cuts of 20 to 40 per cent for flight attendants, and 40 to 60 per cent for aircrew, according to their respective unions.

The FAU is still aiming to extend the deadline for staff to November 21, while also seeking to reverse the permanent nature of the pay cuts and secure the same redundancy package for employees who refuse the deal as those who were laid off.

Two weeks ago, Cathay Pacific laid off 5,900 people – most of them in Hong Kong – and shut down its regional Cathay Dragon brand, in a desperate attempt to slow the devastating financial fallout of the coronavirus pandemic.

Covid-19, which began in Asia at the start of the year, has devastated the aviation sector, with many airlines seeking billions in government bailouts and others going out of business. Cathay Pacific secured a HK$39 billion (US$5 billion) bailout in June, with more than two-thirds coming from the government.

Hong Kong’s largest airline lost HK$9.87 billion in the first six months of 2020 and is burning between HK$1.5 billion-$2 billion a month. The restructuring would save around HK$500 million monthly.

An HKAOA survey released on Wednesday, meanwhile, showed 63 per cent of Hong Kong residents have a lower level of trust in Cathay Pacific after the recent restructuring, according to 1,001 people surveyed online between October 30 and November 1.