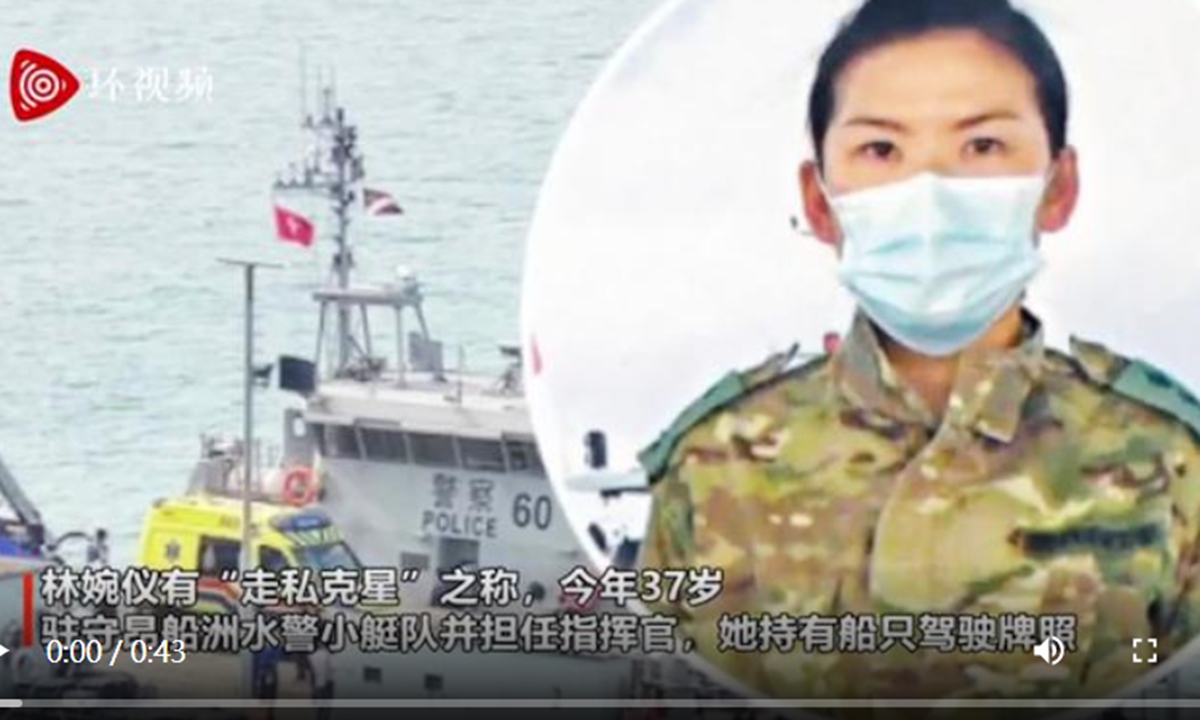 Chief Executive of the Hong Kong Special Administrative Region (HKSAR) Carrie Lam expressed grief on Monday over the death of a senior inspector who lost her life during an operation against maritime smugglers. Hong Kong's police chief condemned the smugglers and vowed to step up efforts to combat smuggling.

A funeral with highest honors will be held for the deceased civil servant, Lam Yuen-yee, whose body was found off Lantau Island on Monday morning.

Raymond Siu Chak-yee, Hong Kong's Commissioner of Police, said the whole police team was deeply saddened by the incident and stressed that the police had no fear in the face of "lawless and cold-blooded" smugglers.

Lam, the 37-year-old female senior inspector, fell into the sea along with three other police officers when their boat was capsized by a speedboat they were chasing during an operation against smuggling activities on Saturday, said Siu.

Two officers finally made it to the surface while another was later saved by rescue teams. Lam had been missing until her body was found at about 8 am on Monday.

Lam started out as a police constable and was promoted to inspector about 10 years ago, reported Hong Kong media.

Siu said Hong Kong police will step up efforts to crack down on smugglers, as smuggling has worsened since the COVID-19 outbreak.

He noted that Hong Kong police arrested an average of 26 people annually in smuggling cases from 2017 to 2019, with 66 detained in early 2020 alone and 46 in the first eight months this year.
#covid 19  #covid
Add Comment