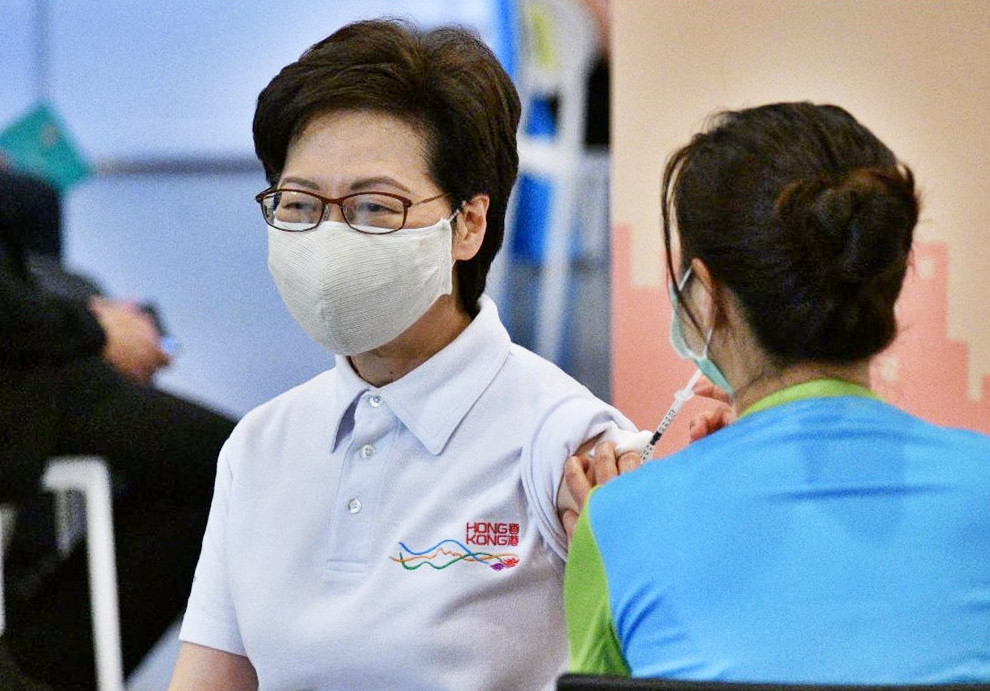 Justice Secretary Teresa Cheng Yeuk-wah, Security Secretary John Lee Ka-chiu and most of the rest of Lam's top team were given jabs at the Central Library, RTHK reports.

The press were invited to cover the process which was broadcast live on television.

Last week, Lam said she would be choosing the vaccine made by mainland company Sinovac.

The first million jabs from the firm arrived in Hong Kong on February 19, while jabs from Germany's BioNTech are expected to reach the territory by the end of the month.

The government's vaccination program is due to get underway on February 26, with those in various "high priority" groups the first to be invited to receive jabs.
#covid 19  #vaccine  #biontech  #covid  #vaccines
Add Comment