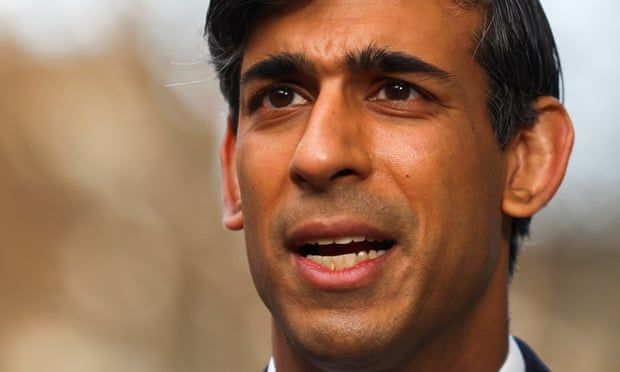 The number of British households plunged into destitution more than doubled last year, according to alarming new research on the devastating fallout from the Covid-19 pandemic.

Amid growing concerns over the unequal impact the crisis has had on the poor and low-paid, it has emerged that there were 220,000 more households living in destitution by the end of last year, potentially more than half a million people.

The troubling figures come alongside calls for a major review of the support provided to the poorest during the crisis. Rishi Sunak, the chancellor, is expected to extend state support for businesses and the low-paid as part of in his Budget next month.

The increase in destitution – from 197,400 to 421,500 households last year – was revealed by the National Institute of Economic and Social Research (NIESR) for a Channel 4 Dispatches investigation to be broadcast tomorrow, Britain’s £400bn Covid Bill: Who Will Pay? Destitution is defined as a two-adult household living on less than £100 a week and a single-adult household on less than £70 a week after housing costs.

The research also reveals the disproportionate economic impact on regions such as the north-west of England that were placed under stricter restrictions during the tier system last autumn. NIESR estimated that the number of households living in destitution in north-west England was three times the UK figure.

Andy Burnham, mayor of Greater Manchester, urged Boris Johnson to learn the lessons of last year as he loosens the lockdown. “The first national lockdown was lifted too early for the north-west and, as a result, we spent the second half of last year struggling under suffocating restrictions,” he said. “The human cost of that can now be seen in these terrifying statistics from the NIESR. We cannot afford any repeat. The PM must resist calls to return to divisive and ineffective regional tiers and only lift national restrictions when cases are low everywhere.”

He called for “More than that, the PM needs to plug two major gaps in our national defences. First, we need to hear a clear commitment to bring in from the cold those so far excluded from public support” and . Second, the PM must finally commit to putting in place “a comprehensive system of self-isolation support”. People on low pay asked to self-isolate needed a guarantee that their wages would be covered and that their job was protected in law, he said.

Senior figures are calling on Johnson to use the fallout from the pandemic as a moment to order a review of support for the poor on the scale of the 1942 Beveridge report, which paved the way for the welfare state. In an interview with the Observer, Louise Casey, Johnson’s adviser on homelessness last year, said she would be willing to be a part of a review, warning Britain had been “torn apart” by the pandemic.

“We need to move into Royal Commission territory,” she said. “A new Beveridge report. That’s the kind of thing I’m talking about. Government can, if it wants to, do something on a different scale now. The nation has been torn apart, and there’s no point being defensive about that. We’ve got to gift each other some proper space to think. We’ve got to work out how not to leave the badly wounded behind.”

She said she believed a quarter of the population might soon be in some form of hardship. “We can get there quite quickly,” she said. “By March, there will be 6 million people on Universal Credit. Almost 4 million are furloughed, and those still working are on less income. Unemployment has doubled and will keep rising. If 25% of your population is affected, then you can’t just tweak old policies, working out the least expensive, least challenging thing that can be done. You need big new policies.”

Professor Jagjit Chadha, the director of NIESR, repeated a warning from former prime minister Gordon Brown that the official unemployment rate of 5% “seems to be under-reporting the true level”. He said: “As a result of lockdowns, levels of destitution seem to be rising across the country. But what’s terribly worrying is that in certain regions – in the north-west in particular – we might see some 4, 5 or 6% of the population living in destitution.

“Families who can’t work, who work in the industries most affected by Covid – like hospitality, the restaurant trade, industries requiring social proximity, which account for around a tenth of all employment in this country – they will continue suffering for some time. It’s not just going to end when we’re all vaccinated.”

The Treasury has sanctioned the spending of hundreds of billions to help the nation through the pandemic since March and is expected to extend support in the next budget. The government says it has repeatedly helped those most in need during the pandemic, including through the furlough scheme, increased support through Universal Credit and the introduction of a £170m Covid winter grant scheme designed to help children and families “stay warm and well-fed during the coldest months”. It said that it and has spent £280bn on an “unprecedented package of economic support”.

A spokesperson said: “We recognise this is an incredibly difficult time for many people and we launched the Test and Trace Support Payment to provide financial support to people that need to self-isolate but cannot work from home.”
#covid 19  #covid  #boris johnson
Add Comment