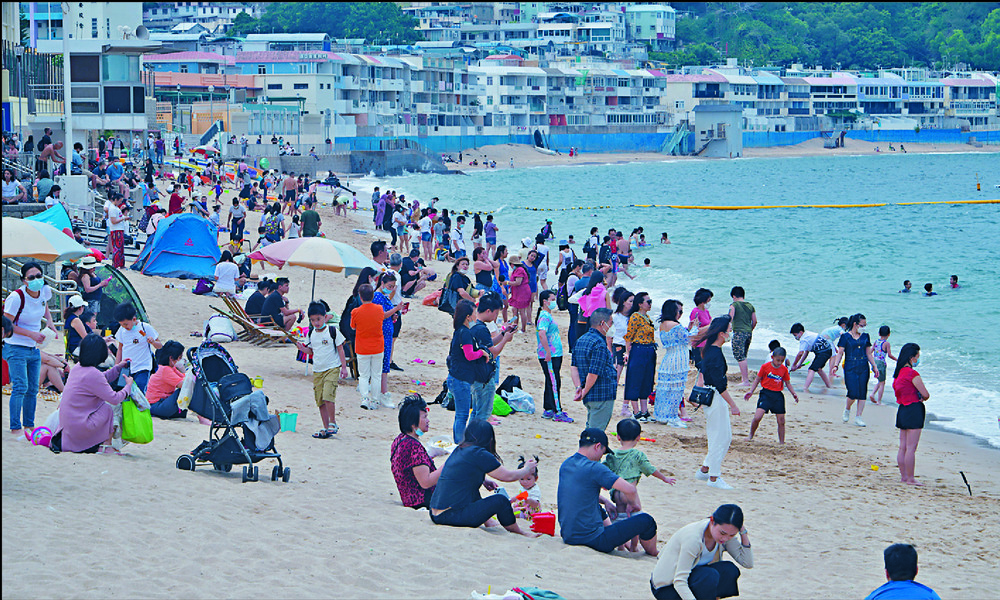 Only Cheung Chau residents could get free "Ping On" buns over the Buddha's Birthday weekend, instead of the usual practice of the buns being distributed to all on a first-come-first-serve basis to avoid queues and possible Covid-19 cross-infections.

For the third consecutive year, Cheung Chau Bun Festival traditions like the Piu Sik parade and bun snatching contest were canceled due to Covid.

But other rituals, including the distribution of Ping On buns, went ahead.

Previously, the organizer of the festival would start distributing the buns - which have the Chinese characters for "peace" on top - to people from 9am who have to queue to get them.

But this year's arrangement was different as the buns were only given to residents of Cheung Chau to avoid crowding, and each household could receive four buns.

Some locals also said the festival atmosphere was not good this year due to the cancellation of the parade.

"It would be better to have the parade as it could attract more people," said Cheng, a local.

According to Sun Ferry Services, around 17,500 passengers traveled between Central and Cheung Chau from 8am to 5pm on Sunday - Buddha's Birthday, marking a surge of about 16 percent compared with the same period last year.

Long queues were seen outside snack stores that sell big fish balls - a signature street food on the island - on Sunday afternoon.

Crowds could also be seen at the Cheung Chau Tung Wan Beach, while bakeries and souvenir stores also had plenty of customers.

The owner of Kwok Kam Kee cake shop, which sells "Ping On" buns, said the store saw about a 10 percent increase in business compared to last year, even though no long queues were seen outside the shop.

"People still want to keep the tradition of buying a Ping On bun for safety and peace," he said.

But another Ping On bun seller, Wong, said her business has decreased a lot due to the cancellation of events, and most customers were locals.

The owner of a snack store, Tang, also said her business dropped by 70 percent, citing Covid and the cancellation of the bun snatching contest as possible reasons.