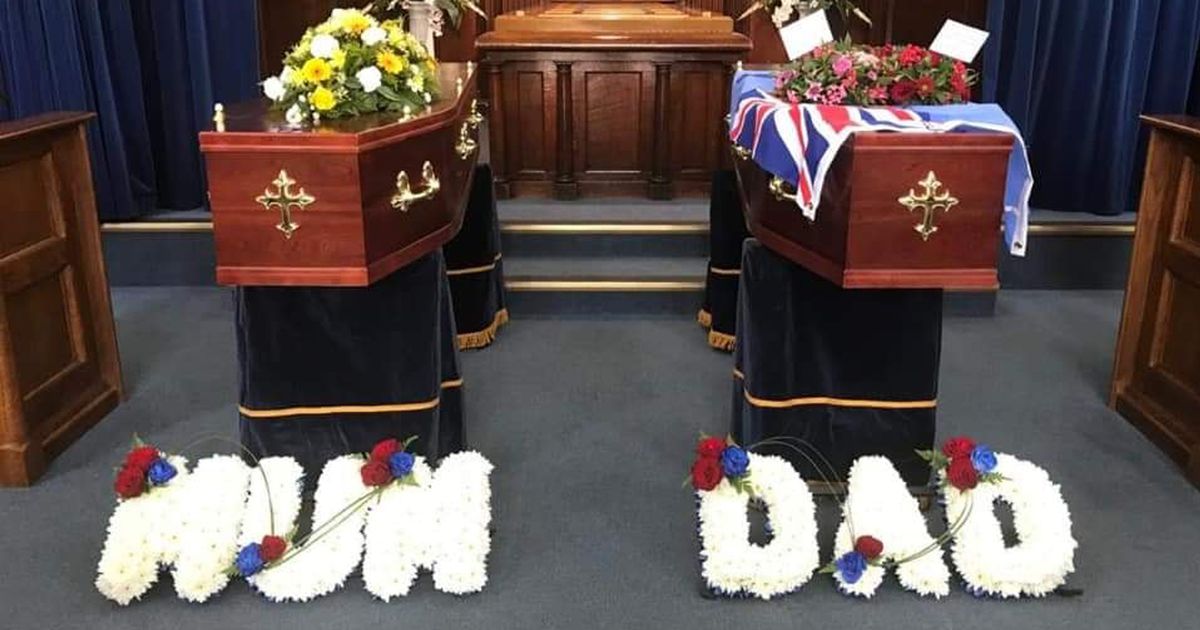 Wing Commander Robin Bamfield's wife Susan said she could not live without him in her heartbreaking suicide note, which was found by her son at their home in Wokingham, Berkshire

Draped in flowers and a flag with 'Mum' and 'Dad' wreaths at the foot of their coffins, Susan and Robin Bamfield were united in death as they were in life.

Their marriage was destroyed by coronavirus in a few short hours. Susan, 71, took her own life just a day after her husband succumbed to Covid-19.

Wing Commander Bamfield, MBE, 76, was taken to hospital at the start of the outbreak to be treated for swelling from a sepsis infection which had left him in intensive care for almost 100 days in 2016.

His family had not wanted him admitted during the pandemic as they believed he was especially vulnerable, an inquest at Reading Coroners Court heard today.

Sarah Bamfield, the couple's daughter, told a coroner: "We begged them not to take him into hospital but the doctors said that was the only way, so he had a month in hospital.

"They had actually managed to alleviate the problem as such, then - Covid." 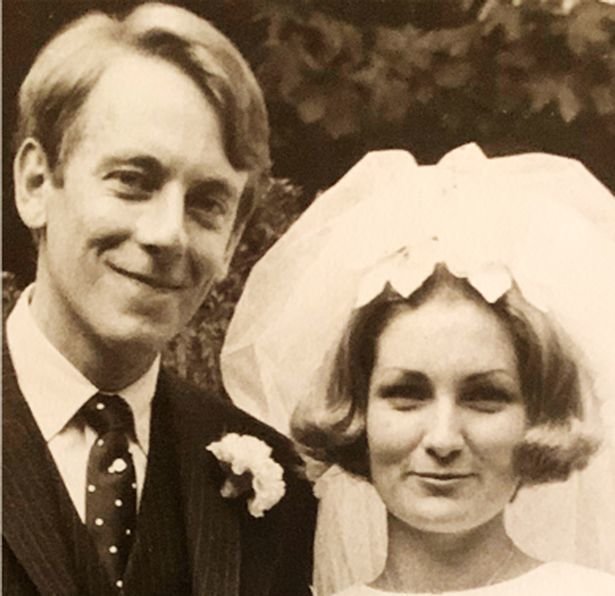 Mr Bamfield died on May 1 and his wife returned to their home in Wokingham, Berkshire.

The couple's son Mark found his mother unresponsive in her bed the next day. He also discovered a suicide note addressed to him and his sister.

Alan Blake, the assistant Coroner for Berkshire, summarising the note, said: "It was addressed to Sarah and to Mark, seeking your forgiveness for leaving but expressing your mother feeling broken-hearted and being unable to live without your father.

"She wanted you both to know how much she loved both of you."

Police found empty blister packs of anti-depressant medication at the house. The coroner said that this was known to cause seizures and death when taken in large quantities.

A post mortem found Mrs Bamfield was in relatively fit health for her age and gave the cause of her death as toxicity of the anti-depressant drug. No alcohol or other drugs were detected.

Mr Bamfield told police he had no idea his mother was planning to take her own life and explained she was a pancreatic cancer survivor, who had recently been suffering with anxiety and depression, for which she was taking medication. 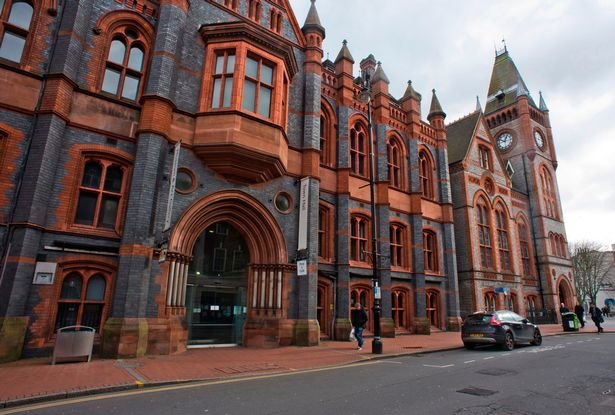 In a family statement submitted to the hearing, he said: "Susan, mum, was a loving wife, loving mother-of-two and extremely loving and proud grandmother-of-two.

"Mum was an emotional lady, often having to resort to anti-depressants to cope. With the loss of her dear husband, she just could not carry on.

"It is with great sadness that mum mum decided to take her life and join my father on his journey to the afterlife."

Sarah Bamfield, who attended the inquest, added that her mother was "sadly missed and loved."

Mrs Bamfield was born in Reading and had worked as a sales consultant until retirement. She volunteered at the Blue Cross charity shop in Wokingham.

Concluding the inquest, Mr Blake said that he was satisfied that she had intended to take her own life.

"Susan Bamfield was profoundly distressed when her husband Robin became seriously ill. When Robin died on May 1, Susan consumed an overdose of anti-depressant medication that she had been prescribed," he said.

"I am satisfied both by the sad circumstances of this case and the expressions in the note that she left... that Susan did take her own life by means of an overdose and that she intended to do so in her grief on May 2."

Mark Bamfield has raised £1,200 for the charity Helping Homeless Veterans UK, a charity supported by his parents.

A spokesman for the charity said: "Wing Commander Robin Harold Bamfield MBE and his wife Susan May Bamfield passed away tragically recently and my close friend Mark Bamfield who was suffering this huge loss with the rest of his family had to say goodbye to his parents.

"Wing Commander Bamfield MBE had stated before his passing that he did not want flowers but wanted people to donate to our organisation because he was passionate about the work that we carry out in The Veterans Community.

"Mark set up a memorial page where people could donate to our organisation and myself and our directors are humbled to see that £1,100 has been raised in total so far.

"It is impossible to put into words how grateful we are to receive this huge amount of money and we will make sure that every year their memory will live on.

"For this to be arranged when people are suffering in immense grief takes great courage that Mark has in abundance and from the bottom of our hearts we thank you. May Robin and Susan Rest in Peace."