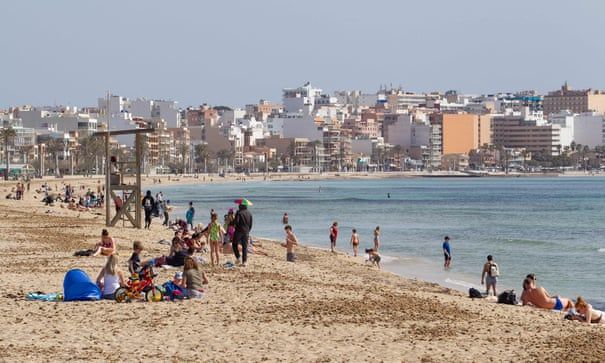 Britons should not be holidaying in Spain yet, says UK minister

Britons have been urged not to travel to Spain after the country opened its doors to tourists from the UK.

Spain has lifted its restrictions on holidaymakers from the UK but the business minister Anne-Marie Trevelyan has urged people not to go there unless there is an urgent reason.

The country is still on the UK government’s amber list, meaning people should not visit unless it is for essential family or business reasons. Travellers will have to quarantine for 10 days and get tested for the virus upon leaving and returning.

Despite this, Fernando Valdés, Spain’s tourism minister, suggested Spain could be added to the UK’s green list in the next government review, meaning travellers would not have to self-isolate on their return to England.

He told Sky News: “What I can say is that right now Spain is doing a great effort not only in terms of vaccination … but also, we do have some holiday destinations which are very loved by British tourists such as the Balearic islands, Costa Blanca or Málaga, with our notification rates which are pretty low and by the same notification range of the UK, so I have to suspect that on the next review that the UK government can provide … Spain is going to change on its notification.”

Earlier on Monday, the Spanish prime minister, Pedro Sánchez, said the country would “be delighted, very delighted to welcome all British tourists”. He said those coming over would also be welcome for non-essential travel.

A state of emergency in Spain was lifted on 9 May, although curfews remain in some regions. 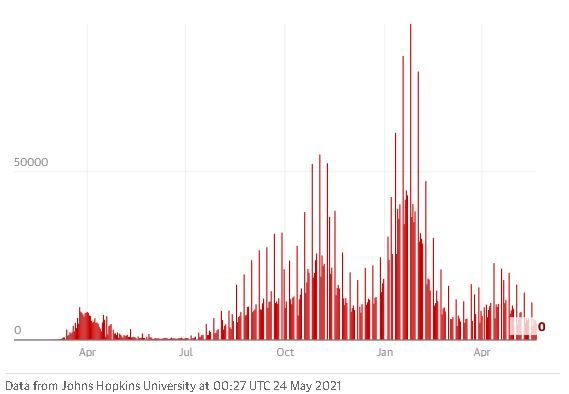 Trevelyan told Sky News that amber meant “please don’t go unless there is an urgent family reason and so on.

“Because we are still trying to slowly move through our roadmap to being able to open up on 21 June and we want to do that in a steady and careful way,” she said.

She later told Times Radio: “The reality is, at the moment, amber countries are still not meeting the criteria for our scientists to say that they should be green. So the recommendation remains don’t go unless you have to and remember that, if you do go, you will have to quarantine for 10 days and that will be monitored.”

The energy minister said: “The reason we ask people still not to go is because there is still too great a risk as far as our scientists are concerned.”

Her words echoed those of the transport secretary, Grant Shapps, who said people considering going to not-yet-green-listed countries should have “more patience”.

Those who come back from countries on the green list will need to take a pre-departure Covid-19 test and a post-arrival test, but they will not need to self-isolate upon return.

On Monday, Andrew Pollard, the head of the Oxford Vaccine Group at the University of Oxford, said the public health message to get people vaccinated was key, as new variants will spread and evolve among those who have not been inoculated.

“If you’re unvaccinated then the virus will find [those] individuals in the population … There is a really important public health message that we have to get those small proportion of people not vaccinated to get their first dose,” he said.

Amid concern about the spread of the variant first detected in India, he added that understanding how effective vaccinations were in reducing hospital admissions was critical to understanding how they respond to new variants and, eventually, ending the pandemic.

“If the current generation of vaccines is able to stop people going into hospital … then the pandemic is over,” he said.

He added that it was unclear yet whether booster vaccines would be needed. “We might not need them but we are in a good place [if we do] as we have highly effective vaccines at the moment,” he said.