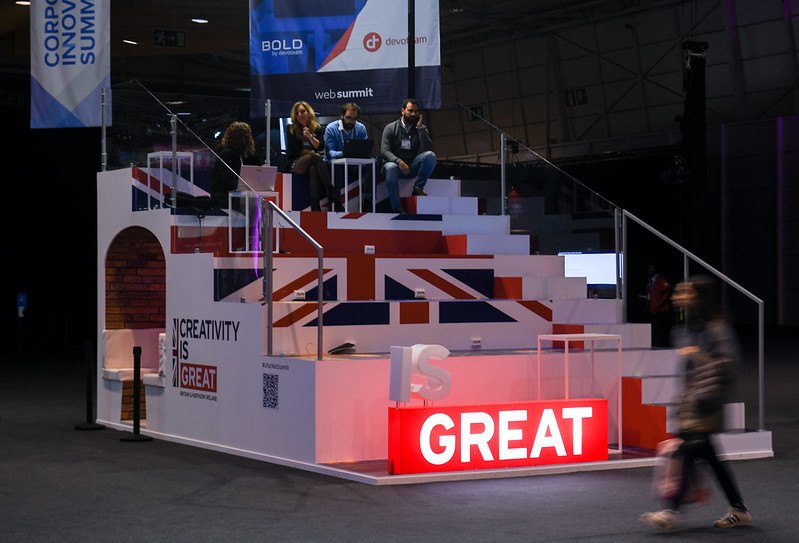 Britain is Once Again on the Ropes

Populism harnessed to xenophobia and a right-wing libertarianism, presided over by a monumentally inept government, is exacting a toll. So, somehow, Ukania as US lite.

+ The new academic year just started in the UK. Tens of thousands of students were asked to return to campus, with the promise of classroom teaching, but were promptly locked-down in residential halls and off-campus private accommodation, made to pay full tuition and rent, before being offered online classes they could have taken where they lived prior to returning to their universities. Months before the universities had been warned by medical and public health authorities that they would become Covid “hot spots” if they resumed face-to-face teaching, but they went ahead with their con. Fact: the universities are in desperate need of revenue, and a significant number of Tory MPs are private landlords.

+ As Covid causes doors to close (literally) for millions of Brits, “BoJo” Johnson’s half-brother Max Johnson, an investment banker, has joined the board of a private “wellness” company currently “holding talks” with BoJo’s government over Covid-19 testing. Its Medical Director said he hoped Max Johnson would help them “open doors”.

+ According to TaxWatch UK, £4.79bn/$6.20bn of bailout cash was given to companies with links to tax havens or that have been embroiled in financial controversy. Unlike many countries, the UK does not put any conditions on the tax conduct of companies receiving government cash.

+ The gaffe-prone BoJo had to apologize after botching an explanation of his lockdown rules. The new rules stipulate that, for the first time, it is illegal in the North East of England (a Covid hot-spot) to meet other households in a pub or restaurant (i.e. indoors), with offenders facing £200/$258 fines. The stipulation aligns rules for public places with the ban on visiting other people’s homes in the region. However, while it is against official ­guidance to meet them outdoors (say in a beer garden or park), doing so is not illegal. BoJo had originally announced that meeting outdoors was against the law, and he was forced to say later: “Apologies, I misspoke today”.

+ The former Labour leader Jeremy Corbyn issued an apology for holding a dinner party which breached the lockdown “rule of six”, i.e., no inside-gathering in London (not yet subject to the more severe measures imposed in the North East of England) should exceed 6 people. Corbyn paid the statutory fine for his transgression.

+ Corbyn’s older brother Piers Corbyn, a prominent anti-masker, was arrested during a protest at Trafalgar Square. The Covid restrictions are clearly not to the taste of the freres Corbyn!

+ The Tory Health minister Lord Bethell said the UK will look back at its Covid-19 response “like the Olympics” and be “extremely proud”. The UK continues to have the highest excess death rate in Europe.

+ The Department for Education (DfE) issued instructions for school principals and teachers involved in the design of statutory curricula not to use material from anti-capitalist groups—the DfE guidelines categorize anti-capitalism as an “extreme political stance” and aligned it with hostility to freedom of speech, support for antisemitism and endorsement of illegal activity.

This is a bit rich coming from a government that is phlegmatic about breaking international law in revoking the Northern Ireland sections of the Brexit agreement it signed with the EU (the EU has just taken legal action against the UK for this breach); with selling arms to the murderous Saudi regime for use in Yemen in contravention of a court order; which has quashed investigations into Islamophobia in the Tory party; and whose zeal for “freedom of speech” does not extend to Julian Assange.

The Guardian reports the economist and former Greek finance minister Yanis Varoufakis as saying the guidance showed “how easy it is to lose a country, to slip surreptitiously into totalitarianism”.

Varoufakis went on to say: “Imagine an educational system that banned schools from enlisting into their curricula teaching resources dedicated to the writings of British writers like William Morris, Iris Murdoch, Thomas Paine even. Well, you don’t have to. Boris Johnson’s government has just instructed schools to do exactly that”.

I read Morris and Paine (and Marx and Adam Smith) at my school in the UK in the 60s, and I can’t imagine my teachers (most of them alas no longer with us), capitulating to such ideological rail-roading, with McCarthyism as a precursor, for even a moment.

As someone who was a schoolteacher myself (in the UK) before teaching in universities (in both the UK and US), for over 40 years in both capacities, I can vouch that the right-wing media fantasy about “brainwashing” by insurgent teachers proves these right-wingers to be sheerly innocent of spending even one minute instructing an actual class.

Marxist indoctrination be damned– my primary concern and source of anxiety as a teacher was to cajole students into doing their homework somewhat properly and taking a decent stab at their assigned readings on the primary world religions (I taught high-school religious studies in the UK, which is part of the required curriculum).

All the major world religions have teachings about alleviating the suffering of the poor. Will those teaching my former subject in England today not be able to inform students about what the Hebrew bible, Buddhist scriptures, and Christian gospels tell us about poverty and its alleviation without this being construed as an “anti-capitalist” attack on Tory austerity? Recall here what the late Brazilian Catholic archbishop Dom Helder Camera said: “When I feed the poor they call me a saint, when I ask why they are poor they call me a communist”. Will this Tory diktat mean that teachers can no longer recommend reading Dorothy Day or Thomas Merton to their pupils?

Young people today are hostile to Ukanian capitalism not because they happen to be “indoctrinated” by lefty teachers such as myself, but rather because they are stuck in “bullshit” jobs which don’t pay their over-priced rents, and because access to social media, in comparison to official media such as the BBC, provides much more information to enquiring individuals about the shenanigans of the Tory cabinet of millionaires and its super-rich donors. The BBC won’t tell you what a narcissistic self-serving bastard BoJo is, but CounterPunch will!

The December 2019 general election offered a stark demographic contrast. The Tories had strong supports from old voters, leading Labour by 47-points among over-65s, whereas Labour led by 43-points in the 18-24 year-old bracket. This has been the general trend in recent elections, but the biggest change was among the middle-aged—there was a swing of 7-points from Labour to Tory with 35-54s. In 2019, 39 became the age at which someone would be more likely to vote Tory, in the 2017 election it had been 47. In the UK younger people are of course more likely to have profited from higher education. The Blairite Labour leader Keir Starmer has remained silent about this attempt to stifle dissent.

+ Several newspapers reported that Home Office (the UK’s interior ministry) is considering adopting the notorious “offshore” model used by the Australian government to deal with asylum seekers– those bound for the UK could be accommodated on decommissioned ferries and oil rigs. Australia houses asylum seekers on the Micronesian island of Manus, where allegations of mistreatment and cruelty are rife. Also reported were other increasingly outlandish proposals to process asylum applications in Moldova, Ascension Island in the mid-Atlantic, or Papua New Guinea (PNG). Most outlandish of all was building a wave machine in the channel to repel small boats coming over from France with refugees. Some on social media wondered whether psychedelics were freely available at the Home Office.

The current UK system for processing asylum seekers is already fraught with problems, but the crackpot proposals just mentioned will have costs detrimental to the environment (big ships such as ferries are major sources of pollution) as well as being a huge drain on the public purse—maintaining a refugee camp on a tiny island in the middle of the Atlantic, or Moldova (which hasn’t as yet been consulted), or PNG, will cost much more than processing asylum applications in a humane way in the UK.

These proposals are intended to be pure theatre for the Tory party’s significant anti-immigrant wing. The Tories won the 2019 election in large part by stealing the clothes of the far-right racist Nigel Farage, and with the Tories now slumping in opinion polls because of their maladroit handling of the Covid pandemic and Brexit negotiations with the EU, a distracting kerfuffle, in this case dealing with hapless brown- or black-skinned asylum seekers on dinghies, is presumed to be a good way to keep this Tory constituency onside.
Add Comment