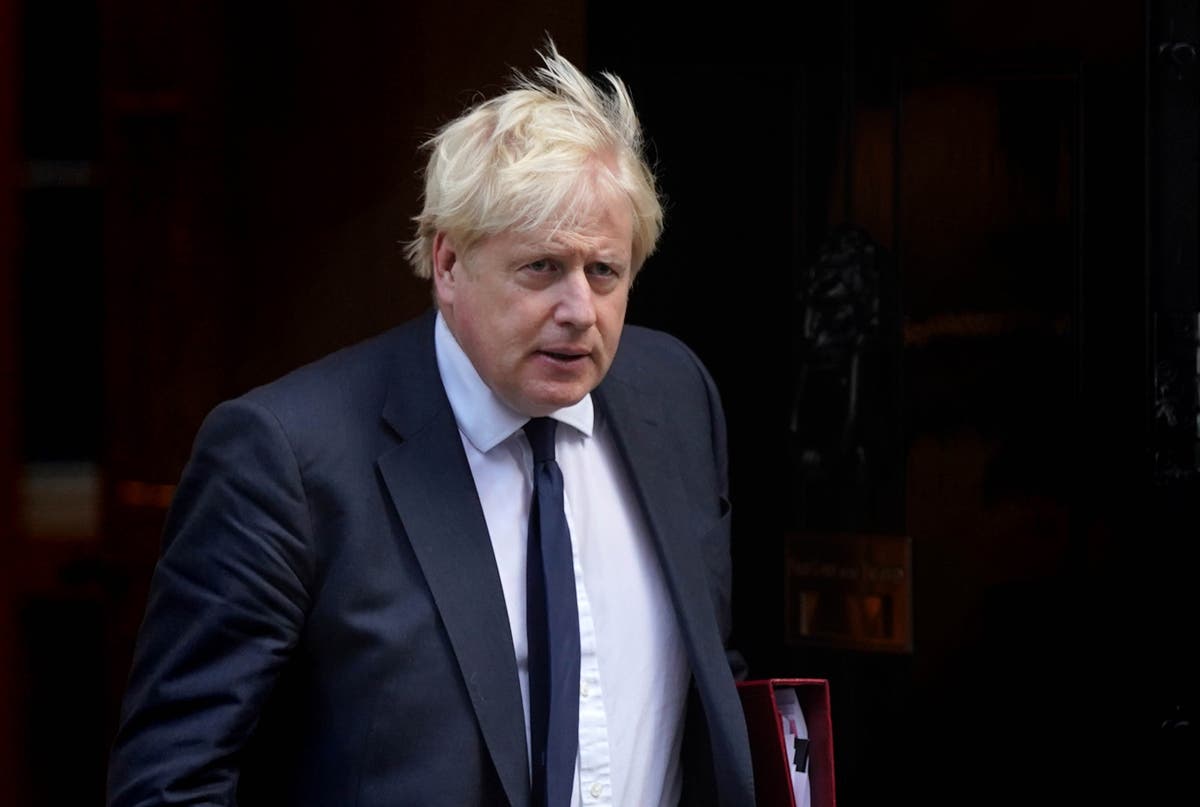 Business chiefs have urged Boris Johnson to reimpose some Covid restrictions such as mandatory masks on the Tube — warning that “indecision is our greatest enemy in the fight against this disease”.

They called on the Prime Minister to act now rather than continue with a “passive stance”, which they fear risks leading to an economically harmful Plan B with millions of people being told to work from home or even another lockdown.

They intervened after Health Secretary Sajid Javid warned that confirmed Covid-19 cases could hit 100,000 a day, with the UK out on a limb among major European countries with its high infection rate.

Richard Burge, chief executive of London Chamber of Commerce and Industry, said: “It is deeply concerning that the Government has taken such a passive stance towards the rising rate of Covid-19 infections. Indecision is our greatest enemy in the fight against this disease... decisive action needs to be taken now to avoid more severe restrictions in the months ahead.”

He backed “measured” restrictions, such as mandatory face masks on public transport and while using public indoor spaces, and vaccine passports in “high risk” environments.

John Dickie, chief executive of business group London First, said: “It would be wise to make the low cost but high impact measures such as masks on the Tube, trains and buses, mandatory now to slow down infections, support public confidence and help forestall more serious measures as winter approaches.” They issued their appeals as:

* Virologist Dr Chris Smith, from the University of Cambridge, said half of Covid cases are asymptomatic, meaning the UK is “probably already close to 100,000 cases a day anyway”. He told BBC Breakfast: “But the more reassuring trend for the moment is how many people are becoming severely unwell, how many people are losing their lives and that number, thankfully, does remain very, very low.”

* A further 49,139 confirmed infections were announced for the UK on Wednesday, with 3,648 in London and by far the highest infection rates among school-age children.

* Secondary school pupils and staff in Suffolk are to be asked to wear face masks again.

* Thousands of residents in care homes are still waiting for booster jabs, Nadra Ahmed, chairwoman of the National Care Association has said.

* Health minister Edward Argar stressed that people no longer needed to wait to be invited to get a booster vaccine. “If you get to the six months plus one week [after a second jab], go on the national booking system and book yourself in,” he told Sky News.

* London Mayor Sadiq Khan told the Evening Standard: “In France and Germany they have got fewer positive cases because they do wear face masks.” He warned that a return to working from home would wreck Transport for London’s finances for a second time.

Mr Johnson has been accused of repeatedly being too slow to act to combat Covid, with accusations, which are denied, that this has led to thousands of unnecessary deaths.

Mr Argar, though, insisted that the Government’s Plan A was still working and that the pressure currently on the NHS was “sustainable”.

With about 7,900 virus patients in hospitals, he said: “We do have a degree of headroom at this time. We continue to monitor it hour by hour, day by day.” Hospitalisation and death rates are far lower than in previous waves given the success of the vaccination programme, although there were 179 deaths announced yesterday.