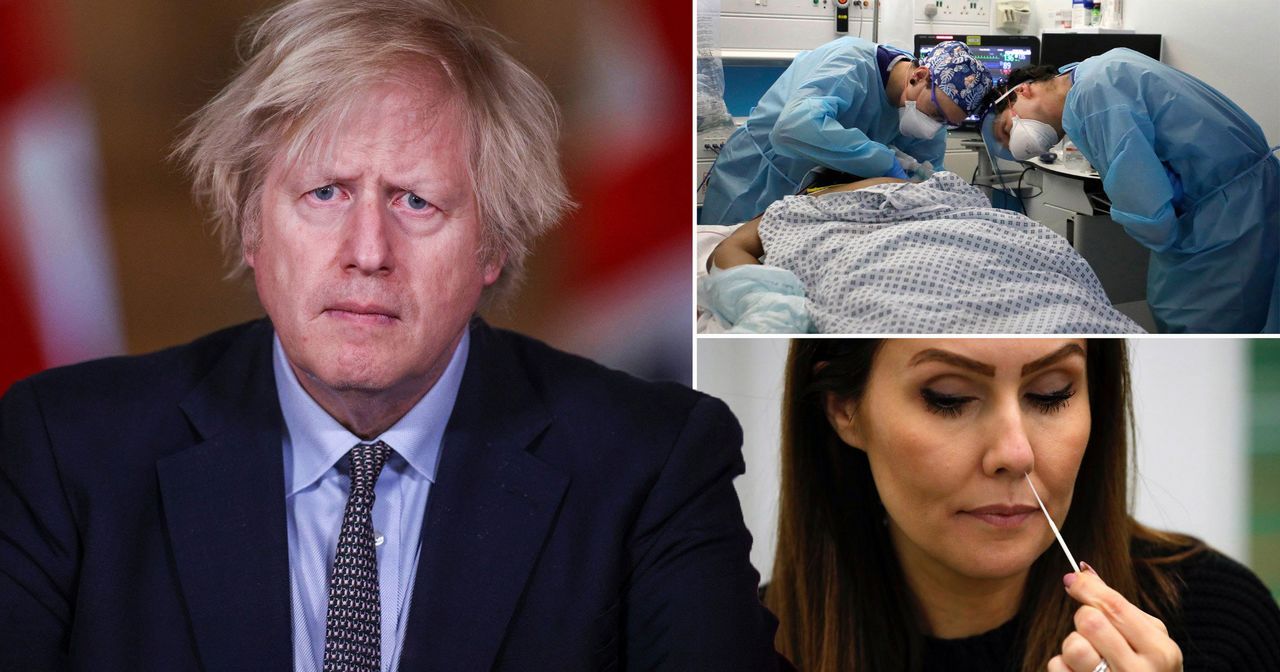 The UK must be ‘very wary of the potential for a third wave’ of coronavirus, Boris Johnson has warned.

The PM defended current measures at the border amid the rise in cases in Europe but said he would not rule out further restrictions.

‘We must be very wary of the potential of a third wave,’ he told a Downing Street press conference.

‘Sadly we are seeing on the continent distinct signs of a third wave and they are taking steps to deal with that.

‘We in the UK have very tough measures at our borders already, including tests, passenger locator forms, £2,000 fines, quarantines etc.

‘In so far as it’s necessary to take extra measures to protect this country against new variants, variants of concern, of course we’re going to do that.’

The Prime Minister was responding to a question from a member of the public, Shelia from Edinburgh, who asked how the UK is going to deal with the third wave in Europe. 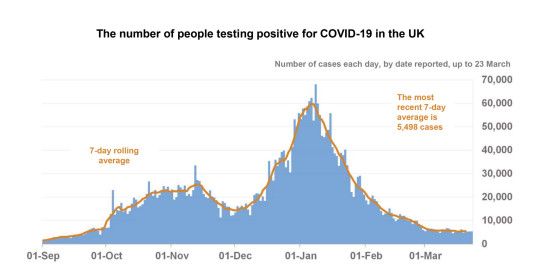 Although cases are falling, the UK is still at risk of a third wave

Addressing her suggestion of hotel quarantine for everyone and tests for lorry drivers entering the UK, the PM stressed he wouldn’t rule out further measures.

‘We keep all these measures under review,’ he said.

Scientists have warned the UK is ‘not out of the woods yet’ and could face another surge ‘within weeks’ despite the vaccine rollout.

Government advisers said they were worried about the rise in cases in countries like France and Italy, with one unnamed official telling The Times: ‘It’s a fact that when waves one and two hit Europe they hit us afterwards.’

Earlier, a health minister suggested the UK could put all of its European neighbours on the travel red list, meaning mandatory hotel quarantine upon arrival. 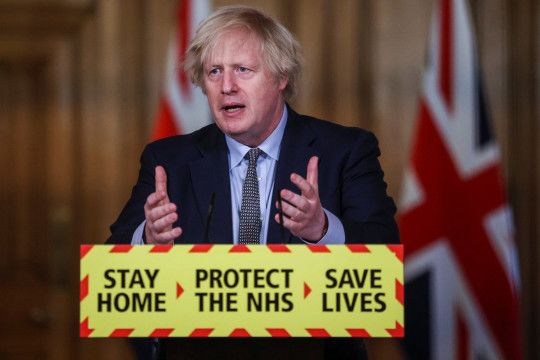 Tory frontbencher Lord Bethell raised the possibility of the ban being extended to the continent, including France and Germany, as he accused them of ‘rejecting’ vaccinations.

More than 50% of adults have now received a first dose of a Covid jab in the UK, compared to just 10% in the EU.

Under new regulations coming into force next Monday, Brits face a £5,000 fine for attempting to leave the country without a reasonable excuse.

Mr Johnson said it was ‘too early to say’ if foreign travel would be allowed this summer.

‘My advice for everybody is to wait for the global travel task force to report,’ he said.

‘We hope to be able to say more in a few days’ time, certainly by April 5.’

The press conference comes as the nation marks the year anniversary of the first lockdown.

The PM admitted there are things he wishes he’d have done differently when asked how he would explain to future generations why the UK has one of the world’s highest death tolls.

However, he did not commit to any kind of inquiry into the handling of the crisis, saying that it is ‘premature’ to make comparisons about how Britain fared compared to other countries.


The PM praised the frontline heroes of the pandemic and said the nation is ‘step by step, jab by jab’ on the path to ‘reclaiming our freedoms’.

But England’s chief medical officer Professor Chris Whitty struck a more cautious tone, warning there would be ‘bumps and twists on the road’, possibly including the emergence of new variants and shortages in vaccine supplies.

He said the chances of eradicating the virus are close to zero, pointing out the only disease eradicated successfully has been smallpox.

However, he said the success of the jab rollout means that when a new surge happens, it will be met with a ‘wall of vaccinated people’ which will significantly reduce the ratio between the number of cases and the resulting death toll.

Mr Johnson said he expects the fallout from Covid to last ‘as long as he will live’, adding that the biggest damage will be ‘the loss of learning for so many children and young people’.

‘It’s been an extraordinary moment in our history, a deeply difficult and distressing period,’ he said.

‘But the extent to which it affects us will depend on the fortifications we build against it.’