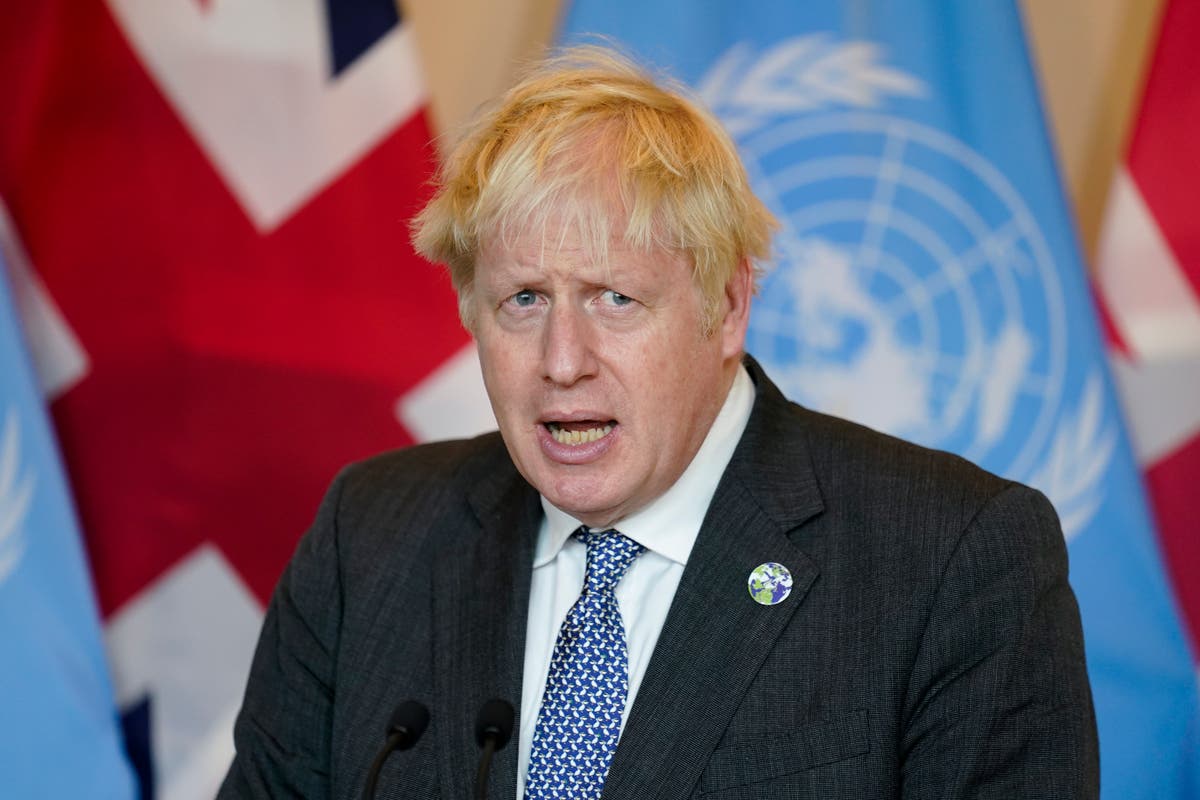 Boris Johnson has urged motorists to fill up normally and said the situation on filling station forecourts is “stabilising” amid the petrol crisis.

He spoke on Tuesday afternoon after being urged to personally “get a grip” on the crisis as school buses were cancelled and fears grew that health services could now be hit.

Following days of chaos, with long queues for petrol and stations running dry, the Prime Minister said he understood the frustration felt by drivers as they struggled to fill up.

However he said that the indications from the industry were that the situation was beginning to improve with supplies returning to normal levels.

"On the forecourts the situation is stabilising and people should be confident and just go about their business in the normal way," he said.

It came as Sir Keir Starmer called called for key workers to be given priority access to fuel supplies this week to ensure they can get to work.

The Labour leader accused the Government of reducing the country to "chaos" through its failure to deal with the fuel crisis.

But with the Petrol Retailers Association (PRA) reporting "early signs" that the crisis was coming to an end, the Prime Minister expressed confidence the worst was over.

Mr Johnson said the Government was putting in place measures to ensure the entire supply chain could cope in the run-up to Christmas.

"I want to say first of all how much I sympathise with people who have been worried about their journeys, worried about whether they will be able to use their cars in the normal way," he said.

"I know how frustrating and worrying it must have been to worry about a shortage of petrol and fuel.

"We are now starting to see the situation improve. We are hearing from industry that supplies are coming back on to the forecourts in the normal way.

"What we want to do is to make sure we have the preparations necessary to get through to Christmas and beyond, not just in the supply of our petrol stations but all parts of our supply chain."

Mr Johnson rejected calls for healthcare staff and other workers to be given priority access to fuel, suggesting it was unnecessary given the easing of the situation.

After the Government announced it would be issuing 5,000 temporary visas to foreign lorry drivers to alleviate the shortages which led to the crisis, he also dismissed demands for more overseas workers to be admitted.

"What we want to see is a an emphasis on a high wage, high skill, high productivity approach to our economy," he said.

"What I don't think people in this country want to do is fix all our problems with uncontrolled immigration.

"We tried that for a long time and in the end, people could see that it was leading to a low wage, low skill approach without enough investment in people or in equipment.

"That's not the way we want the UK to develop and grow."

The Prime Minister was earlier warned he might have to address the nation to stop panic buying which has led to forecourts running dry.

Mike Grannatt, one of the key civil servants who dealt with the previous fuel crisis which crippled Britain in 2000, suggested that the ongoing run on the pumps could last for weeks unless Mr Johnson stepped in.

He told BBC Radio 4’s Today programme: “What happened in the end in 2000 was the Prime Minister got a grip on this stuff at the time, stood shoulder-to-shoulder literally with the fuel operators and gave a press conference and explained to people that unless we all slowed down the system would never really get back into balance.”

However, Transport Secretary Grant Shapps on Tuesday morning claimed there were “tentative signs of stabilisation” in forecourt supplies. The peak demand of Friday and Saturday also appears to be declining, according to a Whitehall source, given that so many people have already filled up their tanks.

But there were still major concerns as:

*  School buses across London and the South-East were cancelled for the first time on Tuesday with warnings that the situation will get much worse tomorrow if operators cannot get hold of fuel. Buckinghamshire operator Vale Travel said it could not run its service to Sir Thomas Fremantle School in Winslow because it had run out of diesel. A spokesman said: “We want to get the kids to their school, they have a right to their education, but there’s no light at the end of the tunnel.”

*  A leading doctor warned that the Government needed to act today to ensure health and care workers can carry out home visits to patients. Dr David Wrigley, deputy chair of the British Medical Association, told Sky News: “We can’t be waiting in queues for two or three houses for diesel or petrol when we have patients to see. We need urgent action today from the Government.”

*  Brian Madderson, chairman of the Petrol Retailers Association, told the Today programme that “disappointingly” people continue to “panic buy” fuel. He said: “As soon as a tanker arrives at a filling station, people on social media are advising that a tanker has arrived and then it is like bees to a honey pot. Everyone flocks there and... within a few hours it is out again.”

*  Ministers believe the worst of the shortages may be over within days. The Government is seeking to strike a balance with its messaging, including on whether Mr Johnson should intervene.

*  Oil prices have risen by 55 per cent so far this year and prices are currently at their highest level since 2018. Forward contracts for barrels of Brent oil were up 1.2 per cent today, changing hands at $80.48 (£58.94). The reopening of economies around the world has led to a spike in demand for fuel.

Geoff Barton, general secretary of the Association of School and College Leaders, said: “Schools and colleges are operating under a great deal of pressure at the moment because of the situation with Covid infections. The last thing they need is the added pressure of fuel shortages with the potential for this to mean that staff, pupils and suppliers are unable to get to school.”

Mr Grannatt, former head of the Civil Contingencies Secretariat in the Cabinet Office, which was set up after the 2000 petrol crisis, doubted whether bringing in 150 military drivers would have any major impact on the shortages.

Former business secretary Andrea Leadsom rejected criticism of the Government’s handling of the current crisis, claiming there was no shortage of tanker drivers. Asked whether ministers telling motorists not to panic buy had made the crisis worse, she told LBC Radio: “You cannot lay this on Government ministers, who have been totally measured.”

But shadow transport secretary Jim McMahon said: “It’s staggering that the Conservatives are still refusing to acknowledge there is a crisis of their own making and blaming everyone else for it.”