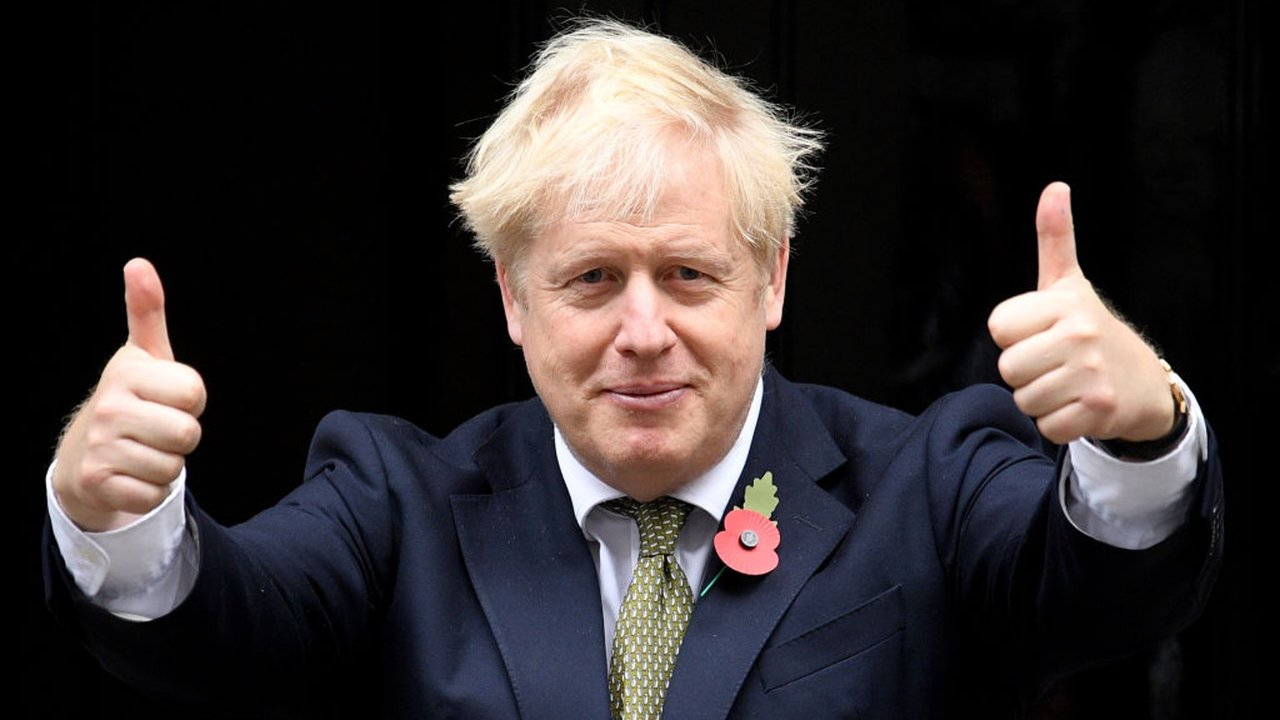 Is the Boris Johnson ‘method’ reaching the end of the road and if it is, can the Prime Minister find a new one – or is he altogether done for?

The method, by all accounts deployed across more than one facet of the Prime Minister’s life, involves issuing a series of charmingly delivered apologies for things not having turned out as he’d led his audience to believe they would.

Each apology is immediately followed by a new pledge that matters will take a decisive turn for the better very soon. And thus does the PM buy himself more time in which to extricate himself from scrapes.

On Thursday he was at it again during a Downing Street press conference called to sugar the pill of a second national lockdown.

‘This is not a repeat of the spring,’ he said, ‘these measures are time-limited… these rules will expire and on the second of December we plan to move back to a tiered approach. There is light at the end of the tunnel.’

Yet anyone who has been paying proper attention surely thinks there will be another tunnel very soon.

In mid-March the PM told us: ‘I think, looking at it all, that we can turn the tide within the next 12 weeks and I’m absolutely confident that we can send coronavirus packing in this country.’

A week later, announcing the first lockdown, he promised: ‘I can assure you that we will keep these restrictions under constant review. We will look again in three weeks and relax them if the evidence shows we are able to.’

In mid-June, upon the expiry of his 12-week timeframe, he moved the goalposts a little, adding: ‘We went through the peak and… flattened the sombrero… We’ve turned the tide on it. We haven’t, yet, finally defeated it.’

By mid-July he was telling us: ‘We know more about the virus – we understand the epidemiology better and our intelligence on where it is spreading is vastly improved. That means we can control it through targeted, local action instead…It has to be right that we take local action in response to local outbreaks – there is no point shutting down a city in one part of the country to contain an outbreak in another part of the country.’

Three weeks ago, when repelling Keir Starmer’s call for a second national lockdown, he said that such a thing would end up ‘once again shattering our lives and our society’.

Three weeks… 12 weeks… December 2… light at the end of the tunnel… the cheque, my friends, is in the post…

The evidence is starting to roll in that it isn’t working anymore. Disillusion is spreading fast and the PM’s promises are counting for less and less – especially among small business owners who spent money to become ‘Covid secure’ only to be shut down again anyway.

A new YouGov poll showing the Tories have dropped to 35 per cent – decisively below the 40 per cent floor they have had since Boris became Prime Minister – makes ominous reading.

While that same poll showed Labour still stuck at its own 40 per cent ceiling, the really worrying sign for the Tories was a rise in Brexit Party support to 6 per cent, despite that party being unprompted, unpublicised and an almost redundant brand.

It hardly takes a genius to appreciate that once Nigel Farage and his lieutenant Richard Tice have their new Reform UK brand in the field, they are highly likely to eat much further into the Tory score.

And what will Boris Johnson’s response be? To keep on making promises he is in no position to guarantee in order to try and win forgiveness from an ever-shrinking pool of the chronically gullible? As the old saying goes: fool me once shame on you. Fool me twice, shame on me.

The Prime Minister finds himself in a relatively unusual position of having risen to the very top of his trade only to discover that a flaw in his technique is seriously undermining him. One is put in mind of the golfer Nick Faldo who won a string of tournaments but identified, mid-career, that a weakness in his swing would prevent him from fulfilling his potential. Faldo, who has a fanatical attention to detail, went away for six months and completely rebuilt that swing, returning to greater success than ever.

The Johnson technical weakness was starkly – even forensically – explained in the Commons by Starmer after the second lockdown was announced: the Prime Minister has a tendency to over-promise and under-deliver.

So he needs to abandon that engrained habit, which served him so well for so long, because he is being found out. Being PM means not always being loved, liked or even forgiven, but instead having the strength of character to accept that winning grudging respect is often as good as it gets.

The moment has come for him to wean himself off the art of short-term political seduction and focus instead on a substantial period of delivery. As the Victorian actress Mrs Patrick Campbell once remarked in a different context: it is time to find solace in the deep, deep peace of the double bed after the hurly-burly of the chaise-longue.
Add Comment